At first, the masked man gave a fake name to the cop, but that charade only lasted about 10 minutes before he admitted his real name. The cop ran a computer check that revealed the man's Gwinnett County warrant for probation violation.

"The accused had several black spray paint cans on his person, along with a black knife," the cop noted. "The accused said he tags with a group called 'Team Halloween.'" The cop hauled the masked man to jail and he was charged with obstructing police and giving a fake name.

In West Atlanta, a 46-year-old man called police about a strange incident inside his bedroom. The man said he left his bedroom and returned the next morning. "When he returned to the location, he noticed that his blinds were open and there was a purse sitting on his bed," a cop noted. The man's bedroom door was secured with a padlock and there was no damage to the lock or the hinge.

"[The man] insisted that someone pulled the nails out of the padlock hinge, but there were no pry marks on the hinge or the door itself," the cop wrote. "There was nothing taken from the room. [The man] believes that his roommates at the location are going into his bedroom while he is gone from the residence."

"They are jealous because I have a job and they do not," the man explained to police. Also, the man said the purse left on his bed actually belongs to his girlfriend and the contents inside her purse — more purses! — also belonged to his girlfriend. It's unclear whether his girlfriend is real or imaginary.

Cops received a call about a 63-year-old woman down in Adair Park. The woman's daughter had called multiple times, trying to get the woman to answer her phone. Cops arrived and knocked on the front door and windows — no response. The woman's daughter gave the cops permission to enter her mother's home by force. Cops pried open the back door, walked inside, and heard a voice in the rear of the home. "A woman was found on the floor, conscious and breathing," the cop wrote. "The female was sitting up in front of a sofa (covered in urine and feces). It appeared she slid from the sofa unto the floor, unable to pull herself up," the cop continued. "In the home, there were bottles filled with urine. The bathroom door observed not to be opened in a while (spider webs covering its door)."

Minutes later, the daughter arrived at her mother's home, and cops questioned her about the conditions of the home. "She states she [asked] her mother to leave the home but she refuses," a cop noted.

Ladies, don't gawk at the hawk

A man with a mohawk haircut and two nose piercings ambled into a ritzy designer store at Hartsfield-Jackson International Airport. Female clerks noticed his distinctive look right away and recalled to police that he wore a black tank top and camouflage shorts. The man allegedly managed to swipe a pair of $325 Salvatore Ferragamo sunglasses from the store. He stuffed the sunglasses inside his bag and sprinted away. A clerk tried to chase him through the airport, following his Mohawk as far as her eyes could see. Somehow, the man blended in with the crowds of airport passengers and he got away with the crime.

In Downtown, a stumbling man flagged down a cop and said he'd been drinking all day and needed help. The man said he went into a pharmacy and took bites out of various food packages and damaged other food items. The man said he was afraid he would do "bad things" while drunk. The pharmacy staff confirmed the man took a single bite out of an array of food packages. Cops took the man to jail on a disorderly conduct charge. 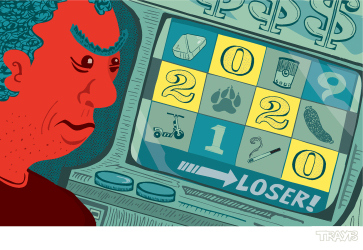 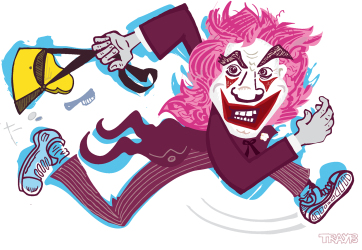 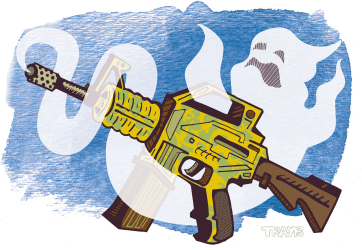 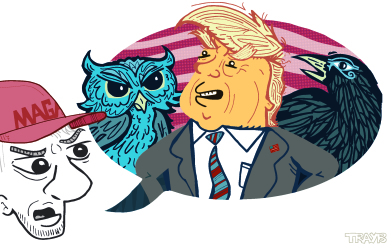 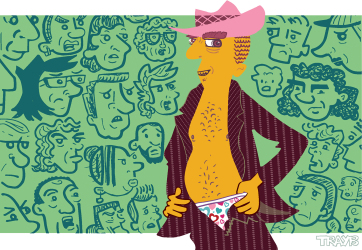 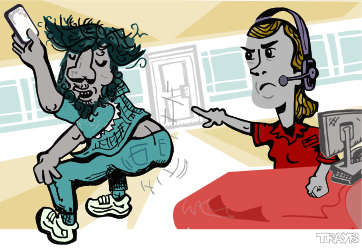 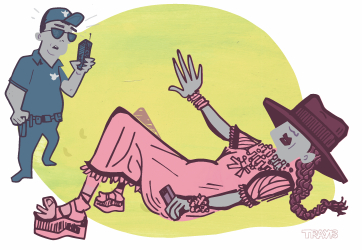 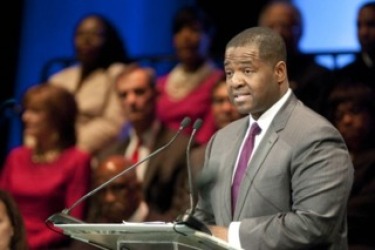