How the Internet's changing the way authors do business 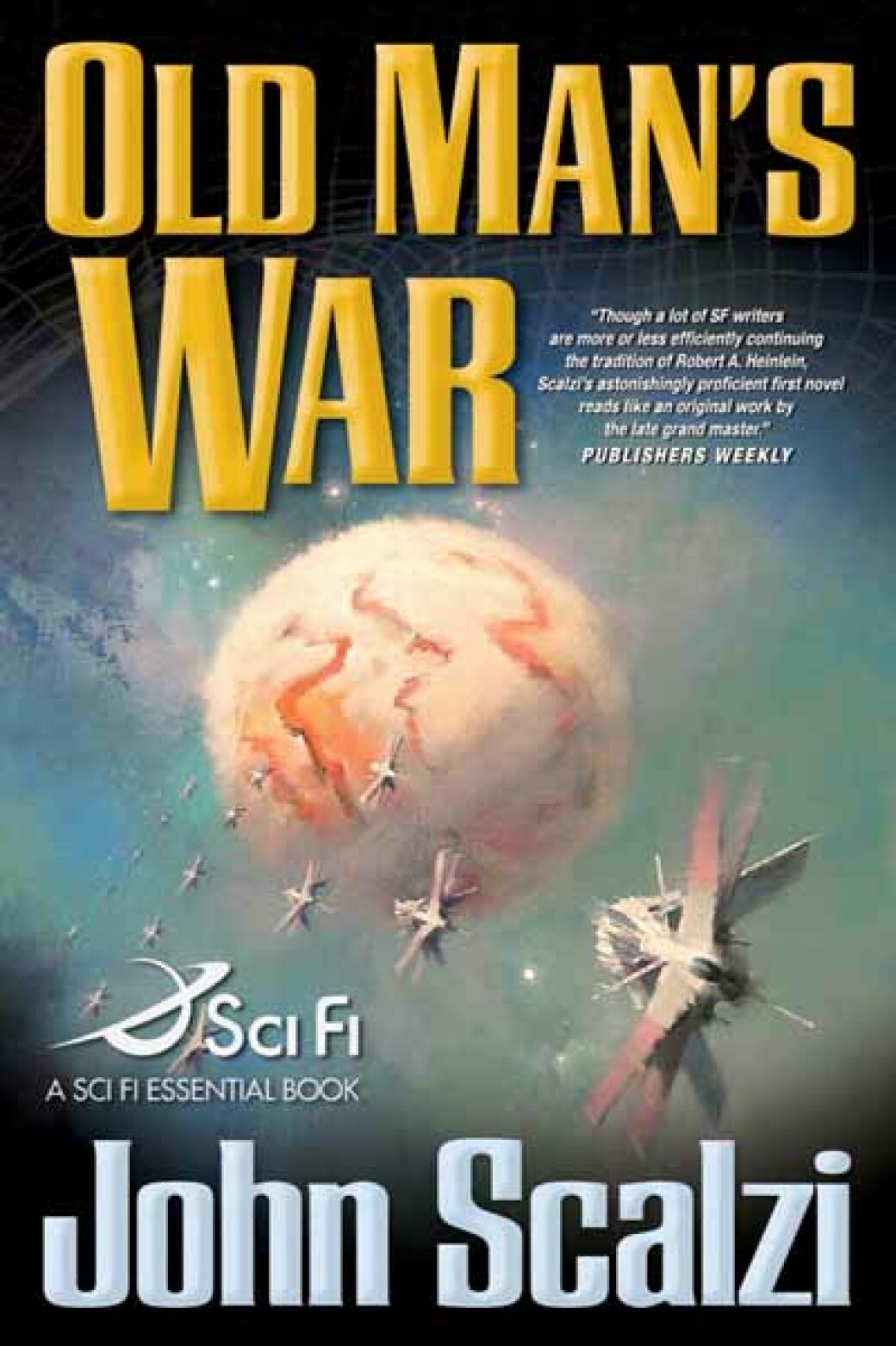 Photo credit: Tor Books
PAPER OR PLASTIC: John Scalzi scored a book deal (left) thanks to his blog, but his online writing's never been as popular as his Bacon Cat (right).
By Curt Holman Wednesday August 27, 2008 12:04 am EDT

In the early 21st century, which comes first: the book or the blog?

Well, books have been around for centuries, while the terms "Web log" and "blog" were coined for online journals about 10 years ago. In little more than a decade, blogs and book writing have become seemingly inextricable, especially with authors at the dawn of their careers.

Authors will descend on Atlanta en masse this weekend for the Decatur Book Festival and Dragon*Con, but many of them maintain such lively online presences, their readers feel like they know them already. As the blog emerges as a communications medium in its own right, author blogs can raise personal profiles, cultivate fan bases and drive readers to Amazon pages – as well as attract trolls and distract from real writing.

Science-fiction author John Scalzi, a guest at both events, freely admits that his writing career wouldn't exist without his blog. Old Man's War, the first novel in his increasingly popular space opera series, deserved publication on its own merits. It gained attention, however, through his personal blog Whatever, which Scalzi has updated daily for 10 years. Whatever currently receives 40,000 hits daily and more than a million unique visits monthly.

He originally serialized Old Man's War on Whatever in 2002, thinking "This is where it will live forever" since it was available to the public for free. Instead, the senior editor of sci-fi publisher Tor Books found it online, bought it and released it in 2005. Scalzi and a handful of other authors who've experienced similar blog-to-book success have inadvertently led to the fallacy that aspiring writers will be discovered once they start a blog.

"Anecdotally, it sounds like a good idea. Statistically, it's better to do it the old way," Scalzi says. "Between 2002 and now, the number of books sold because someone saw them on a website is 20 to 25. The number published because someone followed the submission guidelines are thousands and thousands. People consider doing it via blog for the same reason people are more scared of being consumed by a shark at the beach than being hit by a car on the way to the beach. People think anecdotally."

Instead, he sees blogs as opportunities for establishing a foundation of readers and potential fans. "Blogs build communities and familiarity, and can help build a core audience. It's a way to say to the world 'Here I am, I'm a writer,' and to connect you with other writers and people in publishing community."

Horror/fantasy writer Cherie Priest, another guest at both Dragon*Con and the DBF, has also attracted publisher interest and built readership via her blog since its launch in 2001. Priest's blog regularly offers funny personal stories, but it also serves as a tool for her daily writing, complete with a "word meter" to keep track of the amount of prose she's written for the year. She says, "Posting word counts with meters and whining about my productivity – or lack thereof – keeps me accountable and working even when I don't want to, sometimes. I even draw experts out of the woodwork to contribute helpful articles or information."

Priest knows that helpful experts aren't the only kind of people who can surface, though. "Several times in the last few years, I've had readers cross that line from Generally Interested Reader to Practically A Stalker, which is always tricky and a little unnerving – and it's made me much more careful than I used to be." She also recalls that after her first major book deal, she was barraged with friends and strangers seeking advice or assistance with unpublished books. "At one point, I was receiving two or three full PDF manuscripts a month, unrequested and unwanted."

Along with such external headaches, blogs can create the internal pitfall of crowding out one's bread-and-butter writing. "Blogging is the equivalent of empty calories," Scalzi says. "It's fun and it feels like work because you're typing, but you're probably not getting paid for it, and your main job is creating short stories or novels." Unfortunately, that magnum opus can go to seed while the author spends hours crafting new posts, responding to the comments on earlier posts, commenting on other people's blogs, ad infinitum.

"A blog is primarily a medium like print is a medium or books are a medium," says Scalzi, who points out that writers need to be aware of the significant difference between the two forms, even though they both involve writing. "Information is transmitted through words, but the fact is, what you're producing through blogging is not writing per se. It's a presentation of your public persona." It's like the difference between conversation and craft, between hosting a talk show and performing a Shakespearean role.

None of the Decatur Book Festival guests were invited exclusively for blogging, but the line between books and blogs is becoming increasingly blurry. Kristen Chase and Mir Kamen will be present for their contributions to Sleep is for the Weak: The Best of the Mommybloggers, an anthology of parenting-related blog posts. Next month Scalzi publishes Your Hate Mail Will Be Graded, an anthology of writing from Whatever – ironically, coming out within a month of Zoe's Tale, his latest volume in the Old Man's War universe.

Author blogs are evolving into permutations that involve more than just conversational text and digital photos. Comic book artist and DBF guest Rich Tommaso offers a visual blog with his Seattle Sketchbook of autobiographical comic strips about his everyday experiences in the Pacific Northwest. "I try to add new pages to the Seattle Sketchbook blog every week," Tommaso says. "I started posting those online because I don't intend to publish them in print form. Also, the sketchbook is a way to keep me disciplined in doing something consistently every week."

Tommaso finds that his online work helps connect him to his peers and get feedback during the long hours of writing and drawing a graphic novel alone. "It takes years to finish a long book and I thought a blog would be a good way to share with people what I was working on."

Blogs will certainly evolve newer, shinier features as Internet technology improves, but Scalzi expects that blogs are here to stay, without offering serious competition for the printed word. "Blogs are quick hits, and books are long-form. If the former is done right, they can be a complementary experience for the latter – certainly my own personal experience suggests so. But otherwise it's like asking if those homemade light saber duel videos on YouTube are competing with the Star Wars films."

Priest and Scalzi downplay the link between blog readership and literary success. The potential size and strength of online fans shouldn't be underestimated, though, as demonstrated by Scalzi's reluctant trip to Kentucky's Creationism Museum. In a 2007 post, he mentioned the opening date of the Creationism Museum, located 80 miles from his home, but added that he had no intention of visiting. Commenter (and fellow writer) Joe Hill said, "Not only will I pay the price of the Scalzi family tickets to the Creation museum, I will donate an amount matching the price of those tickets to the charity of John's choice ... but only AFTER he files a comprehensive report about his visit."

Scalzi then told his readers, "I will go to the Creation Museum and file a full, detailed and delightfully snarklicious report of the trip IF AND ONLY IF I receive at least $250 in donations via PayPal," which he would donate to Americans United for the Separation of Church and State.

Within the week, Scalzi received $5,100, with some readers putting exactly $250 in his PayPal account and crowing, "Now you have to go!"

Scalzi says, "I thought I'd get $1,000. I figured my readers would be interested enough in the topic to want me to go, and sadistic enough to force me to go. I eventually went, wrote the piece and put up a Flickr slideshow, and it was a hugely successful piece of writing."

He remains realistic about what attracts the most attention online. Once he Scotch taped a few strips of raw bacon to his cat, posted a photo of it and it became one of his most popular entries. "I'm amazed that nobody had ever done that in the history of the Internet before. That got hit by Fark, and two minutes after it went up, it had been clicked on 2,000 times. I got 200,000 hits in a couple of days, although the blog's baseline hits didn't really budge."

Scalzi owns the BaconCat.com domain, which presents the photo along with a motivational poster-style caption that puts his work with blogging and books into perspective. "Awards? Success? Fame? Perhaps one day they will be yours. But the fact is, nothing you do will be more popular than that online picture of bacon taped to a cat."