Many of the city's African-American landmarks need attention 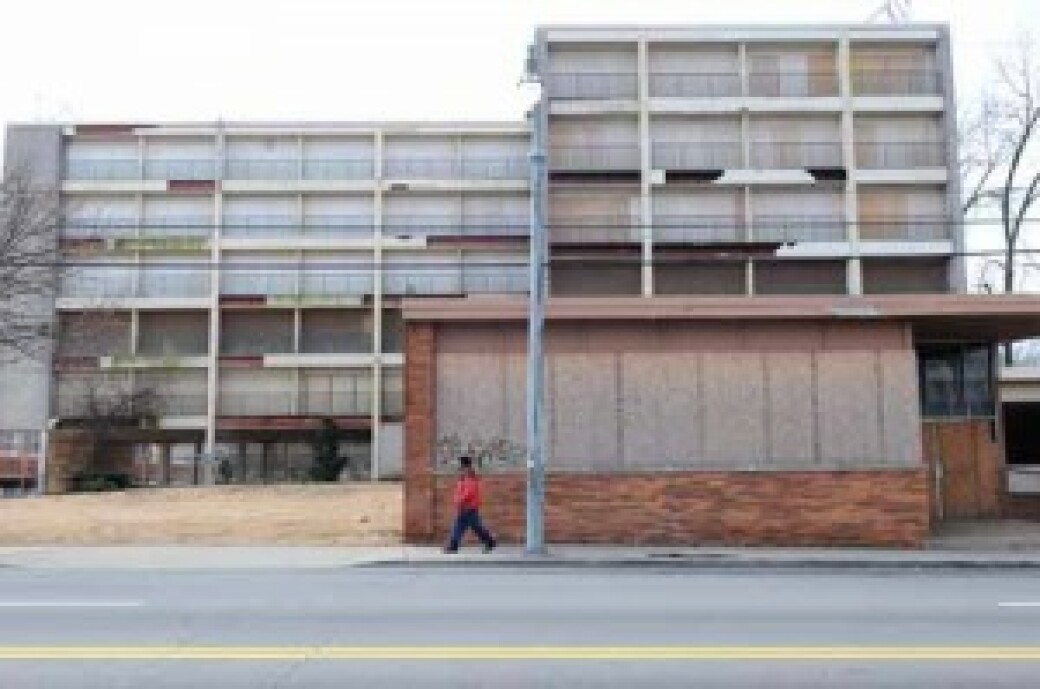 During the '40s and '50s, John Wesley Dobbs was known as the "mayor of Sweet Auburn," the most politically influential black man in Atlanta and a pillar of the African-American business community that thrived on the eastern edge of downtown. After his death in 1961, the Dobbs family home — a modest 1910 bungalow to which he added a second floor a few decades later — was sold and became a base of operations for Mennonites involved in the Civil Rights Movement.

But by 1994, when the street out front was renamed in Dobbs' honor by his grandson, then-Mayor Maynard Jackson, the home had become a rooming house and had fallen into disrepair. A decade later, two other Dobbs grandchildren bought the house back with plans to transform it as a memorial to their family's legacy. Since then, however, the property has remained empty and its restoration has progressed slowly. Owner Benjamin Blackburn II says he's received plenty of encouragement in his efforts to fix up the Dobbs House, but little in the way of material aid.

"I'd like to honor my grandfather, but I don't know if a museum is realistic and I don't have a lot of resources," says Blackburn, who now plans to lease the finished house as a rental property.

To many, the concept of a restored Dobbs House that can serve to remind visitors of a key period in the life of black Atlanta is a dream deferred. And it's not the only one.

The City Too Busy to Hate has long been criticized for pursuing economic progress at the expense of history. From the demolition of the Kimball House Hotel to make way for a parking deck in 1959 through the razing of the Art Deco Terminal Station in the early '70s, and the near-destruction of the Fox Theatre, Atlanta has a pitiful track record when it comes to preserving its past.

Particularly hard-hit are many places of significance to Atlanta's black community. With the exception of the well-maintained Martin Luther King Jr. National Historic Site — kept up, it should be noted, with federal dollars — few of the city's black historic landmarks can be said to be flourishing.

The original Paschal's Restaurant and Motor Hotel, where King and other Civil Rights titans met to discuss strategy, sits boarded up and decaying. So does the old Atlanta Life Insurance building that housed Atlanta's first black-owned million-dollar business.

Even as Black History Month strives to focus attention on the survival and achievements of African-Americans, tangible pieces of the city's black history remain endangered and under-recognized.

"In preservation circles, we've sometimes done a poor job of advocating for African-American buildings and educating that community about what's out there," says Richard Laub, director of Georgia State University's Heritage Preservation Program.

There are myriad reasons why the city's black historic sites are troubled, explains Skip Mason, archivist for Morehouse College and a specialist in Atlanta history. "The city itself has to promote a philosophy that cherishes its history and sees buildings as important to preserve," says Mason. But there are other, more mundane factors at play, he adds, such as property ownership, community interest, and often, simple economics.

"It takes people with vision and, of course, money," Mason says.

Paschal's, for instance, is universally acknowledged as a place worth saving. As the late Coretta Scott King once said, "Paschal's is as important a historical site for the American Civil Rights Movement as Boston's Faneuil Hall is to the American Revolution."

When Clark Atlanta University bought the property in 1996, it kept the restaurant open and converted the 110-room hotel into dorm space. But after a few years, the property became too costly to maintain and the school briefly considered its demolition before backing down in the face of public outcry. Since then, several proposals to buy and restore the iconic site have fallen through, and the building remains in limbo.

Less than a mile to the east along Martin Luther King Jr. Drive sits a ring of classroom buildings that make up the original campus of Atlanta University. Listed on the National Register of Historic Places, the centerpiece is Fountain Hall, where early Civil Rights activist and intellectual W.E.B. Dubois, then a college professor, wrote The Souls of Black Folk in 1903. But the buildings are now owned by beleaguered Morris Brown College, which lost its accreditation and most of its students in 2002.

Now vacant, Fountain Hall and the other properties are likely headed toward foreclosure. GSU's Laub points to an effort to advocate for the relocation of the planned Center for Civil and Human Rights to the Morris Brown campus instead of next door to the World of Coke, but for now the buildings are empty.

Around the corner from Morris Brown is the Herndon Home, the 15-room Beaux Arts mansion built in 1910 by Atlanta Life mogul Alonzo Herndon, Atlanta's first black millionaire. Although the showcase home should be familiar to anyone who's ever leafed through a city tourism brochure, it's been mostly closed to the public in recent years.

A young Mason once worked as the Herndon Home's first tour guide, but the private foundation that oversees the site no longer has onsite employees and the house is in dire need of upkeep.

"The Herndon Home says so much about the rise of African-Americans in society," says Laub. "It's an important part of the city's history that I hate to see deteriorate."

It hasn't helped Paschal's or the other historic sites at the edge of Vine City that they're located in a part of town that's woefully underdeveloped, where even tax incentives have not been enough to keep retail properties afloat. "The reality is that even historic buildings have to pay their way," says Laub.

Still, there have been small victories in the realm of preservation. In 2008, students from GSU's Heritage Preservation Program helped organize a successful effort to get the Collier Heights neighborhood listed on the National Register. Located just inside the western edge of I-285, it was Atlanta's first planned suburb built by and for African-Americans, who'd "begun to flex their muscles economically and politically in the post-WWII era," says Laub.

Its list of residents included the elder Rev. King, Civil Rights pioneers Ralph David Abernathy and Donald Hollowell, construction magnate Herman Russell and many other black entrepreneurs and professionals. The ranch homes that line the streets weren't particularly remarkable for mid-century America, but then they weren't intended to be; the idea was to build an enclave for blacks that was no different than one for whites.

Another success story is the New Hope A.M.E. Church on Arden Road, a short distance from the Governor's Mansion. Founded in 1869 and built on property donated by a white Buckhead landowner, the handsome white clapboard building is one of the first African Methodist Episcopal churches built in Atlanta. Still in operation, the church and its cemetery were placed on the National Register last year.

But it's often a daunting task to build interest in lesser-known places. Laub cites Southview Cemetery in extreme southeast Atlanta as an unjustly ignored site. The black counterpart to the more spectacular Westview Cemetery, Southview is still maintained as a working cemetery, but portions have suffered from neglect over the years.

"Southview isn't endangered, but it should be more recognized than it is," Laub says. "There's a great story to be told at Southview, but unless you tell it, it's tough to get people excited in places that aren't particularly grand-looking. It's all in the interpretation."

Which makes it all the more surprising that many of the historic structures on Auburn Avenue have been allowed to slip into disrepair, despite their rich history and proximity to the tourism nexus of the King Center, Ebenezer Baptist Church and the King Historic Site.

The old Atlanta Life building, located behind the company's current headquarters, has sat boarded up for decades. In recent months, a banner has advertised that the original 1892 neoclassical mansion that housed Herndon's growing business for most of the last century is available for commercial redevelopment. But with the real-estate market soured and the nonprofit community development organization offering the building all but defunct, the prospect of a rebirth appears dim.

Up the street, the Royal Peacock, a celebrated venue that once hosted such headliners as Louis Armstrong, Aretha Franklin and James Brown, hasn't enjoyed any of the lasting fame of New York's Apollo Theatre. It's now an event facility and sometime reggae club.

But where there's private investment, there's hope. In the last couple of years, the Auburn-Edgewood corridor has again become a cross-cultural hot spot, thanks to such restaurants as Café Circa, Harlem Bar, Dynamic Dish and Rolling Bones BBQ. Most recently, Grindhouse Burgers has helped turn the Auburn Avenue Curb Market into a dining destination.

With any luck, Auburn Avenue's emerging commercial vibrancy won't have come too late to save its history.

Amid the cheesiness, Tales of the Cocktail offers opportunity for genuine booze discoveries. | more...

Tales of the Cocktail in New Orleans was bigger, louder and boozier than ever, but managed to offer something for every one not on the wagon. | more...

Why Atlanta's mayor cares so much about improving another city's port | more...
Search for more by Scott Henry
Atlanta Events
dummy