Nightcrawler - The Clermont gives up the ghost 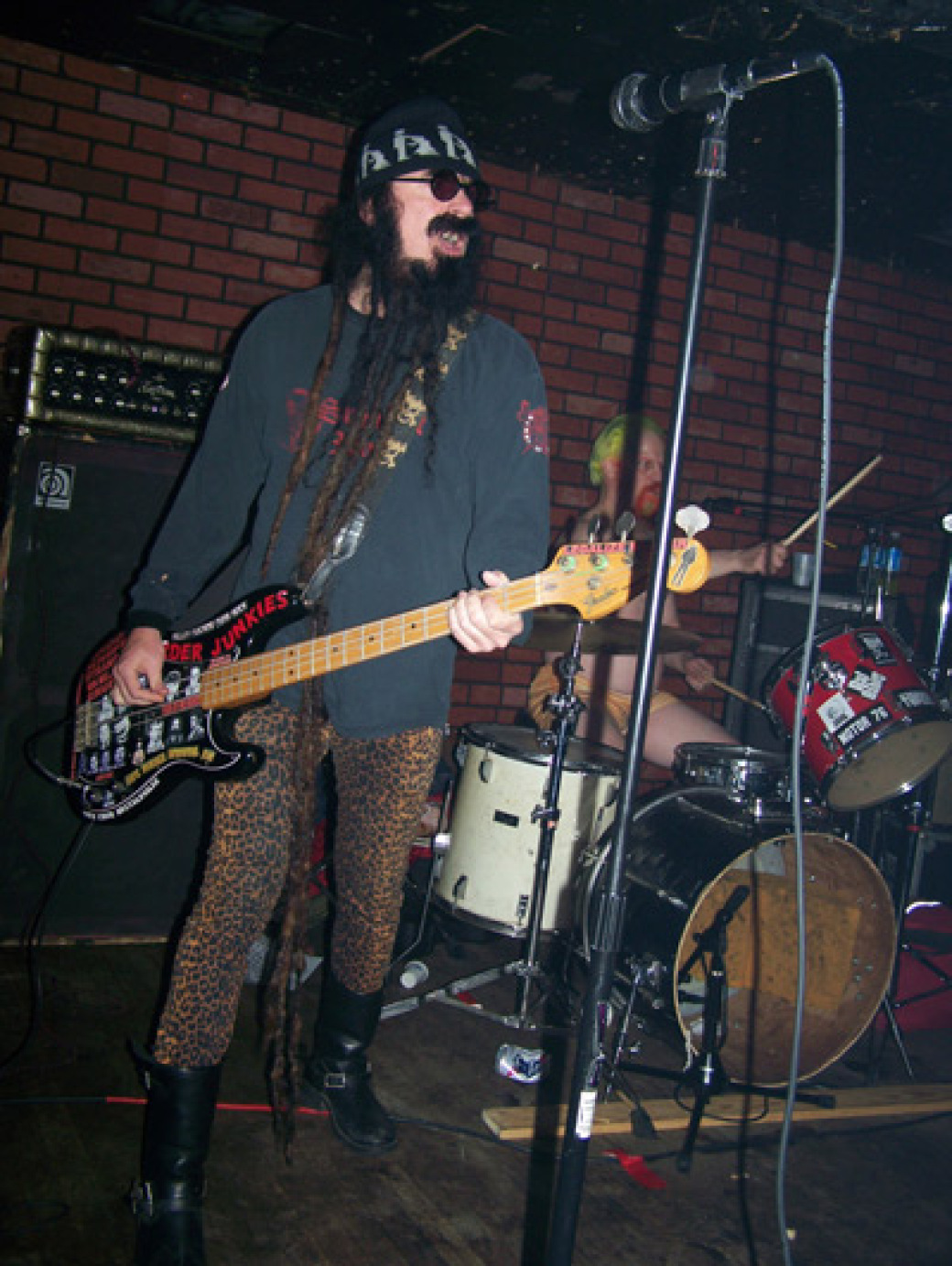 Mention the punk anti-hero, who often soiled audiences with various body fluids, and it always comes up that he lived there in the early '90s. To catch his younger brother and musical cohort, Merle, carrying the torch of their band the Murder Junkies and playing at the Clermont Thursday, Dec. 13, was like witnessing a rite of passage.

Local thuds Whiskey Shit Vomit opened. It's an unfortunate name that is apropos when paired with the Murder Junkies. But the group's long-winded punk heaves and Sabbath riffs were executed so poorly that even the au natural dancers on duty had a hard time shaking it to the music.

Bobby and the Softspots are essentially the Gaye Blades, minus bassist Jared Swilley. When frontman Bobby Ubangi last stepped onto a stage a few months back, he barely stumbled through two songs before instigating a drunken catastrophe. Tonight the Softspots reeled through four garage-rock blasters in six minutes without a hitch.

On a legitimate level, it was the release party for local punk group Carbonas' self-titled full-length (Goner Records). Vocalist Greg King and guitarist Jesse Smith fed off the crowd, and everything from ashtrays to full beer cans bombarded the stage.

When the Murder Junkies performed, drummer Dino Sex sat in a pair of tight yellow hot shorts and looked like a deranged Hulk Hogan. Merle Allin no longer sports the Hitler mustache from album covers of yore. His dreadlocked beard drags on the floor when he sways. Current vocalist P.P. Duvee doesn't look much like GG Allin, nor did he assault anyone. The group was tight and kept things confined to the stage.

There is a Reagan-era shock-value aesthetic in the group's songs, which peaked with "Die When You Die." The lyrics embrace a gamut of racist, murderous and otherwise barbaric sentiments. At one time this was cutting-edge fodder for pissing off parents, the religious right, etc. But in 2007, obscenity for the sake of it is passé. As a result, the music has a museumlike quality. Not unlike viewing Robert Mapplethorpe's most abhorrent images, the Murder Junkies trip over the line of questionable taste with a drive that is somewhat dated.

Afterward, guitarist Scotty Wood recapped the night saying, "That second group was pretty bad." When told that there is a camp element to the Softspots and it is something of an inside joke, he answered, "If the joke is that your band sucks, I get it, but I don't approve."

But gaining approval was never a priority for GG Allin, nor has it been for Bobby Ubangi, or the Clermont Lounge. It's about embracing the offenses of the dark side of rock 'n' roll.