Atlanta Film Festival - What to catch at this year's fest 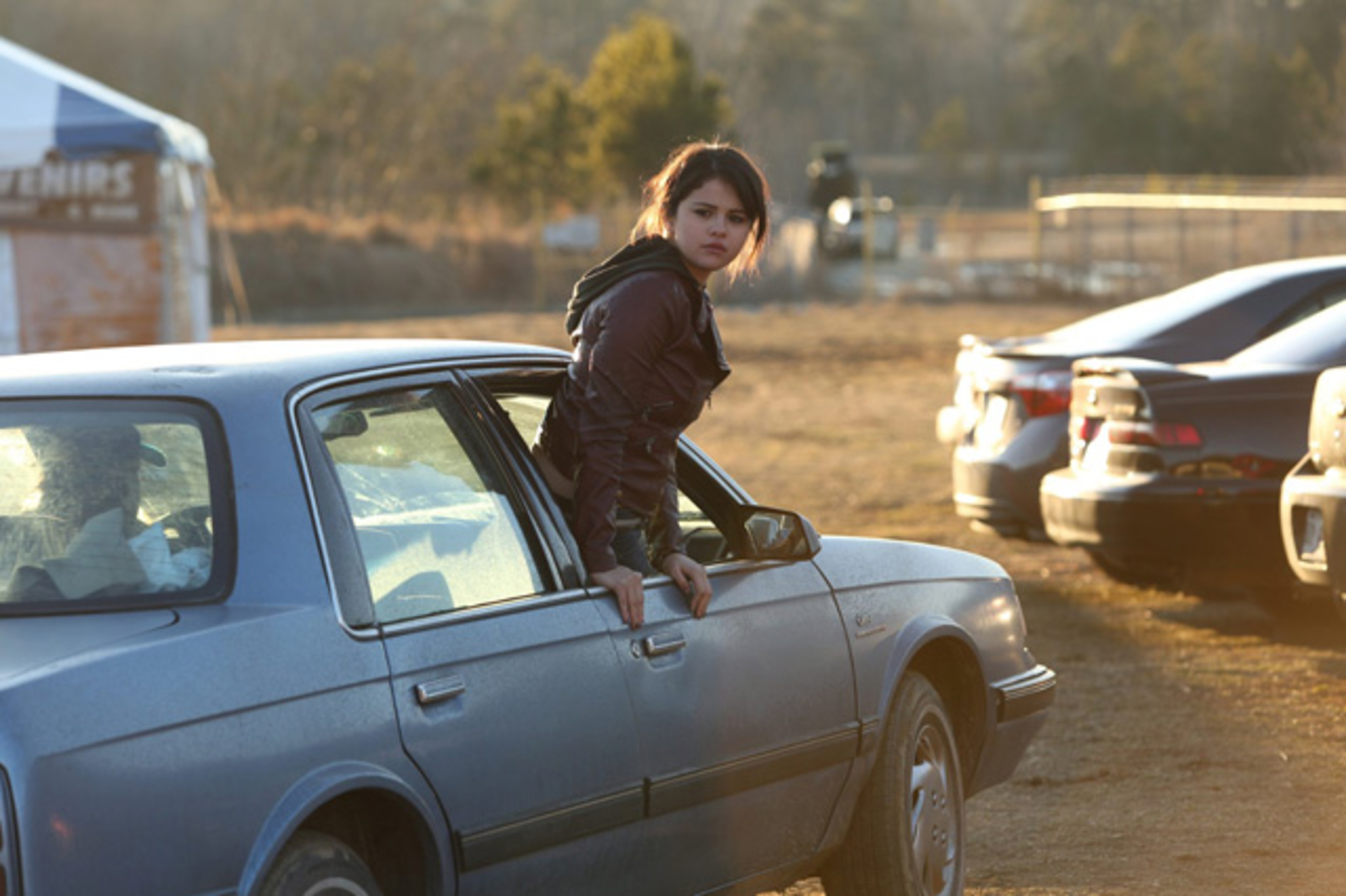 The Fundamentals of Caring

Paul Rudd stars as Ben, a grieving down-and-out dad working as a caretaker for a teen shut-in with muscular dystrophy. It's a comedy! The two take a road trip through the Pacific Northwest (this was shot in Georgia) and attempt to work through the many personal issues that need working through. Selena Gomez shows up as a cheeky runaway. Adapted from Jonathan Evison's The Revised Fundamentals of Caregiving, the indie has already been picked up by Netflix and will screen as the opening night film at this year's festival with director/writer/producer Rob Burnett in attendance. (Check out clfreshloaf.com for an interview with Burnett.) A party at Paris on Ponce follows. $50. Fri., April 1, 7 p.m. Plaza Theatre.

Art of the Prank

Daryl Davis is a musician and a black man who hangs out with KKK members in his spare time. It's all in an effort to see the world from their point of view: "How can you hate me when you don't even know me?" Davis not only befriends the Klan members, but he also collects KKK memorabilia with the goal of one day starting a museum. Accidental Courtesy follows Davis on his journey of understanding. Davis, Director Matt Ornstein, and Producer Noah Ornstein are scheduled to attend. Sat., April 2, 2:15 p.m. Plaza Theatre.

Kerry Washington ("Scandal") stars as Anita Hill and Wendell Pierce ("The Wire," "Treme") as Clarence Thomas in this HBO project filmed in Atlanta about the controversial 1991 Supreme Court nomination hearings that revolved around Hill's accusations of sexual harassment by Thomas. Sun., April 3, 6 p.m. Rialto Center for the Arts.

A series of shorts born out of filmmaking workshops in Jordan (Za'atari Refugee Camp and Irbid), all made by Syrian girls telling their individual stories. Sat., April 2, 1:45 p.m. Hill Auditorium, High Museum of Art.

Part of the "CORAL — Crucial and vibrant" shorts track, Irregulars looks at the tens of thousands of refugees from Africa, Asia, and the Middle East making the dangerous journey to Europe to escape war and persecution. Wed., April 6, 7 p.m. 7 Stages Theatre.

A Journey of a Thousand Miles: Peacekeepers

An all-female, mostly Muslim Bangladeshi peacekeeping unit is sent to Haiti to assist the United Nations. The group's members ditch their traditional gender roles for a chance to make a difference, although they are met with some harsh realities once they reach the Caribbean nation. Sat., April 9, 3:30 p.m. Plaza Theatre.

While living in Singapore, a Filipino woman struggles to support her family back home until a betrayal occurs and she reaches a breaking point. Sat., April 9, 5:40 p.m. Plaza Theatre.

Jessica Tandy, Mary Stuart Masterson, Mary-Louise Parker, Chris O'Donnell, and Kathy Bates wrapped in cellophane (briefly). A true '90s lineup. The Academy Award-nominated film about a disaffected housewife (Bates), a spunky nursing home resident (Tandy), and a couple of gal pals (Parker and Masterson) who run a café in the Depression-era Deep South was shot in Atlanta and Juliette, Georgia. The classic film turns 25 this year. To celebrate, the festival hosts a screening with "30 Rock's" Jack McBrayer and after party ($20) at Callanwolde Fine Arts Center. Catered by Sweet Auburn BBQ and the Whistle Stop Café, which still exists in Juliette and will of course supply the fried green tomatoes. Free with RSVP. Sun., April 3, noon. Plaza Theatre.

Another documentary short, this one about geophagy, aka earth-eating. It follows 37-year-old Tammy Wright and a few others who eat kaolin, or white dirt. Part of the "COTTON – Hardy and tight-knit" shorts series. Tues., April 5, 7 p.m. 7 Stages Theatre.

The film's title is lifted from David Bowie (RIP) and also serves as the stage name for Sidney, a struggling drag queen with glam rock dreams and 11-year-old son realities. Sidney's got money problems, drug problems, and unstable ex-girlfriend problems, all of which now revolve around a newly blossoming relationship with his young son. Hunky Dory looks to be a gorgeously filmed exploration of identity, sexuality, loyalty, and family. Director Michael Curtis Johnson and other members of the production are scheduled to attend. Sat., April 9, 12:30 p.m. Plaza Theatre.

In Havana, Cuba, a young hairdresser aspires to perform drag at the nightclub where he works despite the efforts of his conservative father to stop him. In Spanish. Tues., April 5, 7 p.m. Plaza Theatre.

I Promise You Anarchy

A couple of sexually curious teenage skater boys, a black-market blood trade, and a Mexican drug war crash into each other in this pic. In Spanish/English. Sun., April 3, 5 p.m. Plaza Theatre.

A heart-warmer about Samantha Montgomery, aka Princess Shaw. Montgomery lives in New Orleans and grinds it out every day at a nursing facility. During her off hours, she unloads on her YouTube channel with her stories, struggles, and songs. She has dreams of being discovered — and she is by a fan and producer thousands of miles away on another continent. A documentary, Presenting Princess Shaw follows Montgomery as her life takes a dramatic, unexpected turn. Princess Shaw will attend. Sun., April 10, 5 p.m. Plaza Theatre.

Furries — folks who dress up like stuffed animals for role-play — are the focus of this documentary feature, which addresses the taboos and politics that come with the furry lifestyle. Sat., April 2, 2:30 p.m. 7 Stages Theatre.

WonderRoot's beloved shorts showcase launches this year's festival with animation, documentary, and narrative works about underground hip-hip, runaways, and a Vietnamese fishing village, among other things. The screening is presented as the "STEEL – Scraping the sky" shorts series. Thurs., March 31, 8 p.m. Plaza Theatre.

Those Who Fall Have Wings

A grandmother's death traumatizes her two granddaughters, sending them reeling in this nonlinear meditation on grief, mourning, and death. The film appears simultaneously dreamlike and nightmarish and highly stylized: There is dappled sunlight and lush countryside, asthma attacks and dead animals. Anticipate something heavy but beautiful. In German. Wed., April 6, 7:20 p.m. Plaza Theatre.

Georgia filmmaker Robyn Hicks' husband has lung cancer. This short explores the tensions that come with such a diagnosis and its impact on relationships. Part of the "RUBY – Imperfect and scarce" shorts series. (Check out clfreshloaf.com for an interview with Hicks.) Sun., April 9, 12:15 p.m. 7 Stages Theatre.

In 1964 occurred the storied and infamous murder of Kitty Genovese, in which dozens of witnesses failed to act as she was brutally killed. Kitty's brother Bill looks for answers regarding his sister's death in The Witness. Wed., April 6, 7 p.m. Plaza Theatre.

In Johannesburg, a maid's daughter dies because of the couple she works for. Her grief is compounded when she finds out they have their own child on the way. Mon., April 4, 9:35 p.m. Plaza Theatre.

Tragedy strikes bucolic coastal Maine when a young boy goes missing and is thought dead. A young girl named Hannah grapples with the loss and growing up by spending the summer working on a lobster boat. Sat., April 2, 4:50 p.m. Plaza Theatre.

On the West Bank, five women have formed the Middle East's first female race car team (four drivers and their manager). Amid checkpoints, tear gas, and plenty of opinions on how women should really be spending their time, Marah, Mona, Betty, and Noor fight for the title of fastest woman driver in the region. The trailer teases white-knuckle races, confrontations with misogyny, and the women's intense drives to pursue their passion despite the roadblocks. In Arabic/English. (Check out clfreshloaf.com for an interview with director Amber Fares.) Thurs., April 7, 7 p.m. Plaza Theatre.

The Legend of Swee' Pea

"I'm supposed to be on the good side, but that devil keep leanin' on me," says Lloyd "Swee' Pea" Daniels, the subject of this doc umentary about his launch from Queens playground basketball superstar to a short-lived run as an NBA player — and the drugs and violence that plagued his life and career. Sat., April 2, 12:30 p.m. 7 Stages Theatre.

The story of 13 women killing it on the links and shaping the future of women's sports with the founding of the Ladies Professional Golf Association (LPGA) in the 1950s. (Check out clfreshloaf.com for an interview with the directors.) Mon., April 4, 9:15 p.m. Plaza Theatre.

A Rolling Stone journalist (Ewan McGregor) seeks out Miles Davis (Don Cheadle) "for a comeback story." In the late '70s, Davis, beset by chronic pain and bouts of depression, retreated from the public eye. After Davis punches the journalist in the face, the two team up to track down Davis' most recent recordings. Cheadle lends Davis plenty of swagger. He speaks in an even-toned rasp that belies his ferocity, whether starting fistfights with suits at a boxing match or firing off his gun in a meeting with record execs. "Don't call it jazz, man, that's some made-up word. This social music." Sun., April 10, 2:45 p.m. Plaza Theatre.

To many, Athens G-A is synonymous with the '80s underground scene that spawned REM, Pylon, and the B-52s. Jorge Torres-Torres' debut feature spotlights the college town's music scene that has continued to thrive post-REM. (Check out clfreshloaf.com for an interview with Torres-Torres.) Sat., April 2, 7:30 p.m. 7 Stages Theatre.

Charles and Christopher Rex, brothers and brilliant classical musicians, have spent a lifetime confronting their demons from an abusive father. Christopher is the principal cellist with the Atlanta Symphony Orchestra; Charles plays with the New York Philharmonic. Sun., April 3, 5:15 p.m. 7 Stages Theatre.

Thirteen-year-old Morris (Markees Christmas) just moved to Germany with his dad (Craig Robinson). He crushes on a classmate and dreams of becoming a rapper. Germany, however, is not exactly a rap capital. Adolescence — remember how fun? Morris is the festival's Closing Night feature. (Check out clfreshloaf.com for an interview with director Chad Hartigan.) Sat., April 9, 7:30 p.m. Plaza Theatre.

In Pursuit of Silence

Oh Ponce. Little remains of your former gnarly self. Director Heather Hutson takes a look at the final days of the Clermont Hotel and its basement lounge that needs no introduction (and remains open, it should be noted). Interviews with staff and patrons bring to life the building that has sat vacant for years and now awaits redevelopment as a boutique hotel. Part of the "COTTON – Hardy and tight-knit" shorts series. Hutson will be in attendance at the screening. (Check out clfreshloaf.com for an interview with Hutson.) Tues., April 5, 7 p.m. 7 Stages Theatre.

Who is America? This quirky looking series of not-necessarily-connected mini stories explores the characters who inhabit this weird country of ours. Shot on 16mm. Sat., April 9, noon. Plaza Theatre.

John Henry Summerour chronicles a year at Saultopaul, the 1,100-acre northwest Georgia farm of artist Susan Cofer and her husband Carl. It's a study of the passage of time, life, death, and art. Part of the "GOLD – A delicate investment" shorts series. Sat., April 9, 2:30 p.m. 7 Stages Theatre.

A reporter travels to a West African village and lands in the thick of a panic. A series of ordeals have led to the scapegoating of a young girl and accusations of witchcraft. The young woman is ostracized by her community as the local preacher hammers a severe message of reckoning. The film's screenwriter and producer will be in attendance. Fri., April 8, 7:20 p.m. Plaza Theatre.

Filmed in Savannah and directed by Georgia native Gregg Bishop, Siren is the tale of bachelor party gone wrong — wrong in an It Follows kind of way, not a The Hangover kind of way. Adapted from a segment of the horror anthology V/H/S. (Check out clfreshloaf.com for an interview with Bishop.) Sun., April 10, 7:30 p.m. Plaza Theatre.

Financial collapse motivates students at an elite prep school to hold their classmates hostage for the sake of the American economy. Kind of looks like Lord of the Flies meets Dead Poets Society meets Too Big to Fail. Fri., April 8, 9:15 p.m. Plaza Theatre.

"Loa" is the word for the ancient spirits Haitian "Vodou man" Extanta Aoleé has communed with for more than five decades. The doc follows Aoleé on a mystical journey. In Creole. Fri., April 8, 9:15 p.m. 7 Stages Theatre.

OK so a group of men are trapped on a submarine, into which a lumberjack stumbles, setting into motion a whole bunch of trippy shit. Sun., April 3, 7:15 p.m. 7 Stages Theatre.