Don't Panic!: Is the Iraq War over?

The Iraq war is over in the same way that daytime is over if you close your curtains. 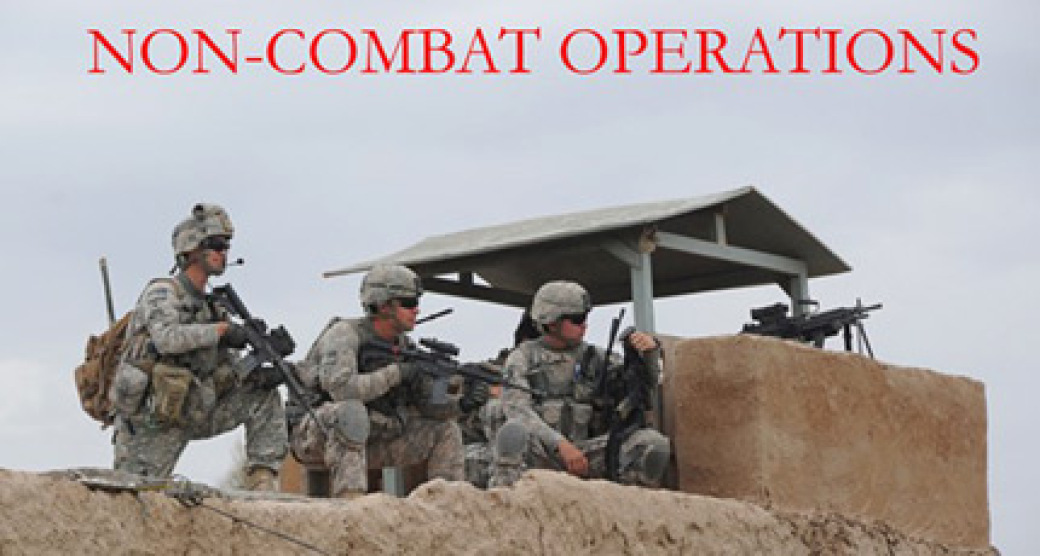 Take that, you stupid 9/11 terrorists who had absolutely nothing at all to do with Saddam Hussein or Iraq. Boo ya!

No. Wait. Upon further review, it turns out the war isn’t exactly over.

The combat troops are out, but there are still roughly 50,000 non-combat troops in Iraq. Iraq still has the third largest foreign deployment of U.S. troops in the world. Afghanistan, site of the War On Terror™’s other big clusterf**k, has the most.

(Pause for you to Google).

Combat vs. non-combat troops is a misleading term. Just because someone isn't firing a rifle at an enemy or dropping a bomb from the sky doesn't mean he or she isn't engaged in or essential to combat.

The bulk of the people involved in every military enterprise are "non-combat" personnel. Think of it like a professional football game. Each team has 11 people on the field who are playing the game, but probably ten times that many on the sidelines, in a skybox, in the locker room, or at a doctor's office buying steroids; the performance of all of whom is essential to on-field success.

Here's another way to look at combat vs. non-combat. A military jury at the U.S. prison camp at Guantanamo Bay in Cuba just recommended a 14-year prison sentence for an al Qaeda operative named Ibrahim Ahmed Mahmoud al Qosi. Al Qosi reportedly confessed to being Osama Bin Laden's cook and driver. The U.S. military contends Al Qosi's actions constitute an effort to "target, attack and murder civilians." Repeat: he was the cook and driver.

Here's the thing: I'm actually not disagreeing with the Pentagon's assertion that al Qosi was essential to al Qaeda's operations for while. I'm just saying let's not delude ourselves into thinking that 50,000 American troops in Iraq aren't actually combat troops fighting a war. If a terrorist's driver is a terrorist, then a humvee armor polisher is a combatant. Combat vs. non-combat is not a distinction we make with our enemies. Let's not make it with ourselves.

We should be honest with ourselves and admit the Iraq war isn't over. The "end of combat operations" is a public relations device designed to divert attention from a war with no real end in sight. Iraqis know this. They admit this. Iraq's top general says Iraqi troops won't be able to secure Iraq without U.S. help until 2020.

War in Iraq will continue, with or without our "combat" troops. Saddam Hussein was indeed a big bundle of evil in a compact, hairy package. But removing him the way Bush did unleashed a fury whose core causes — sectarian and ethnic strife — remain unresolved.

On March 7, Iraq held relatively free parliamentary elections. But nearly six months later, Iraqis haven't formed a government because the country's parties fundamentally distrust each other. Each is afraid is the other will use its whatever department it controls to attack and kill its opponents.

Democracy isn't when you vote. Democracy is when you honor the results of the voting. If Iraq's party leaders can't even pretend to get along, that's a strong sign the war we started isn't over — even if we leave.

Opinion - What can we learn from the 9/11 anniversary? Article

Maybe Google Translator should add a Slang-to-English option, too? | more...

Blessed are the Colt Peacemakers Article