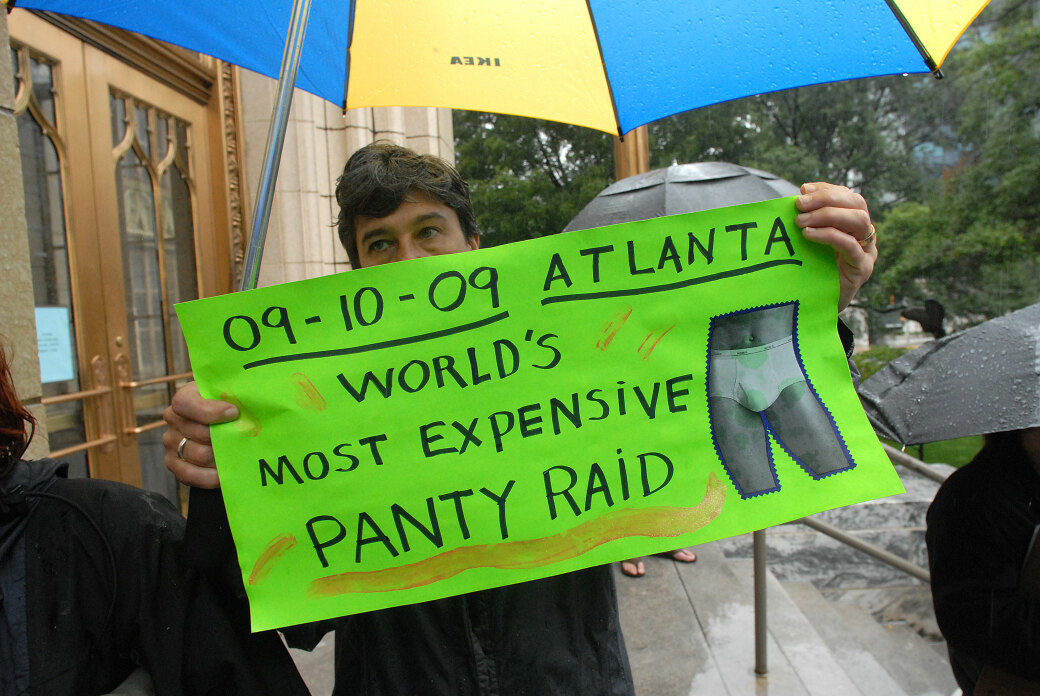 UPDATE: According to an Atlanta Progressive News correction, Eagle patrons were not arrested after all, though they were ordered to lie on the ground and were handcuffed.

Ten police cars pulled up to the Atlanta Eagle on Ponce de Leon Avenue at approximately 11:30 p.m. Thursday night and stormed the bar, arresting multiple bar staff and male dancers, according to a report by Atlanta Progressive News.

An APN reporter was present at the raid:

One police officer stated, as he and others left the parking lot, "This is gonna keep happening if we keep getting complaints from the community." The officer did not specify what complaints he was referring to.

According to one patron, APD handcuffed all Eagle staff members and dancers, patrons in a leather shop, and anyone who was wearing only underwear; Thursday is advertised as underwear night.