The last-ever 'Don't Panic!': Is Pakistan on the verge of collapse? 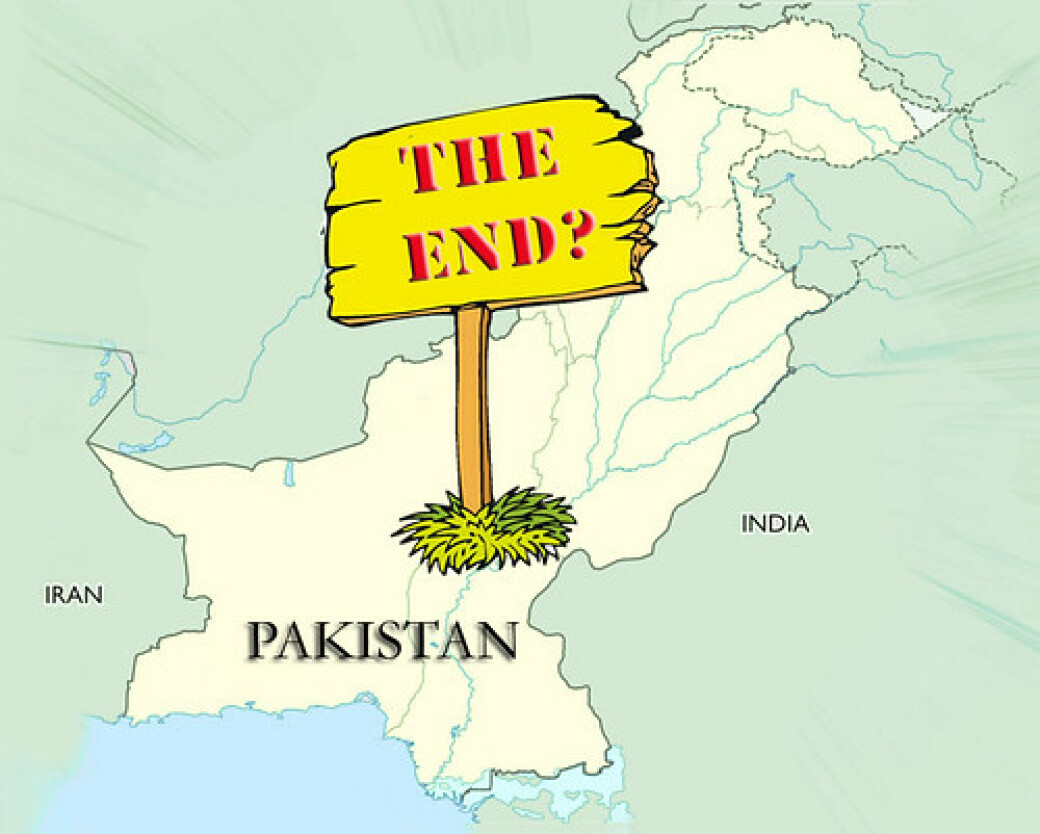 My favorite foreign policy column cliché of the previous decade is, without a doubt, the Friedman Unit.

It’s a reference to New York Times foreign policy columnist Thomas Friedman. Fair and Accuracy in Reporting noted that, between November 2003 and May 2006, Friedman used some form of the phrase “the next six months is crucial in Iraq” at least 14 times in print and on radio and television.

Inspired by FAIR’s amusing/annoying compilation of Friedman’s bad habit, blogger Atrios coined the phrase Friedman Unit, or F.U. Literally, a Friedman Unit means six months. Figuratively, it’s a sarcastic jab at every middle-of-the-road so-called foreign policy expert who peddled glib, superficial and completely wrong “analysis” of the Iraq war. “Gosh, you mean events that occur in the near future will determine the course of the, um, near future. Cool. Hey can I have a Pulitzer Prize, too? “

Indeed, my writing is more superficial and glib than most. I’m basically a comedian riffing on the latest issue of The Economist. But unlike all the “serious” pundits who predicted the Iraq war’s rightness and ultimate success, my prognostication was largely correct.

I said the war was a stupid idea and wrote about how disastrously it was progressing way before the idiots on the Sunday news shows were willing to acknowledge it. I’m not psychic. I just happen to understand the difference between a goal and a workable plan. “Let’s topple Saddam Hussein and install a democracy in Iraq” is a goal, not a plan. Bush and his neo-conservative brain trust were all goal and no plan.

I mention the F.U., because I have my own cliché. I’ve lost count of the columns I’ve written about Pakistan’s impending collapse. I honestly don’t know if Pakistan’s government will disappear, but I do believe Pakistan will lose meaningful control of an ever-growing portion of the country during the next several Friedman Units.

The reason is recent devastating flooding. Heavy summer rains have pushed the Indus River and its tributaries far beyond their banks. In little more than a month, an estimated 20 million Pakistanis were forced from their homes and 23 percent of this years harvest was destroyed. At least 1,600 have died. That number will soar as disease and malnourishment take hold.

Increased mass misery is guaranteed to promote instability, especially in a country that already has several large regional insurgencies. And at precisely the moment unrest will surge, the central government's ability to address the unrest will diminish. In Baluchistan province, separatists are pointing to the government's poor preparation and response to the flooding as evidence of the justness of their cause. In the Swat Valley, where Pakistan's military has battled local extremist insurgents for the last year and a half, every single bridge has been destroyed. The government will have trouble bringing in relief supplies, or military reinforcements. Extremists will move into the power vacuum left by the government.

As the great Pakistani journalist Ahmed Rashid 'splained in the New York Review of Books, U.S. policymakers need to understand they are in a race to save Pakistan from itself. The faster the U.S. can help Pakistan's government get flood relief to those most in need, the less likely the nuclear-armed government of the sixth-most populous country in the world will splinter into warring factions. And the less territory extremists will end up controlling. We cannot act too fast or too generously to aid Pakistan.

When Ahmed Rashid worries, I worry. He's the guy who published a book called Taliban: Militant Islam, Oil and Fundamentalism in Central Asia a full six-months before the 9/11 attacks. That's a whole Friedman Unit!

Effective at the end of the next paragraph, I'm retiring this column. While I reserve the right the pull a Brett Favre if circumstance permits, I have a new full-time job to which I will devote my limited brain power.

If you enjoy my writing, our sex-less love affair doesn't have to end. My first book, Americapedia: Taking The Dumb Out of Freedom, will be in stores next year. And I'm on Twitter at www.twitter.com/andishehnouraee Goodbye and thank you.