Get a preview of Mihoko Obunai's new ramen spot, Nexto 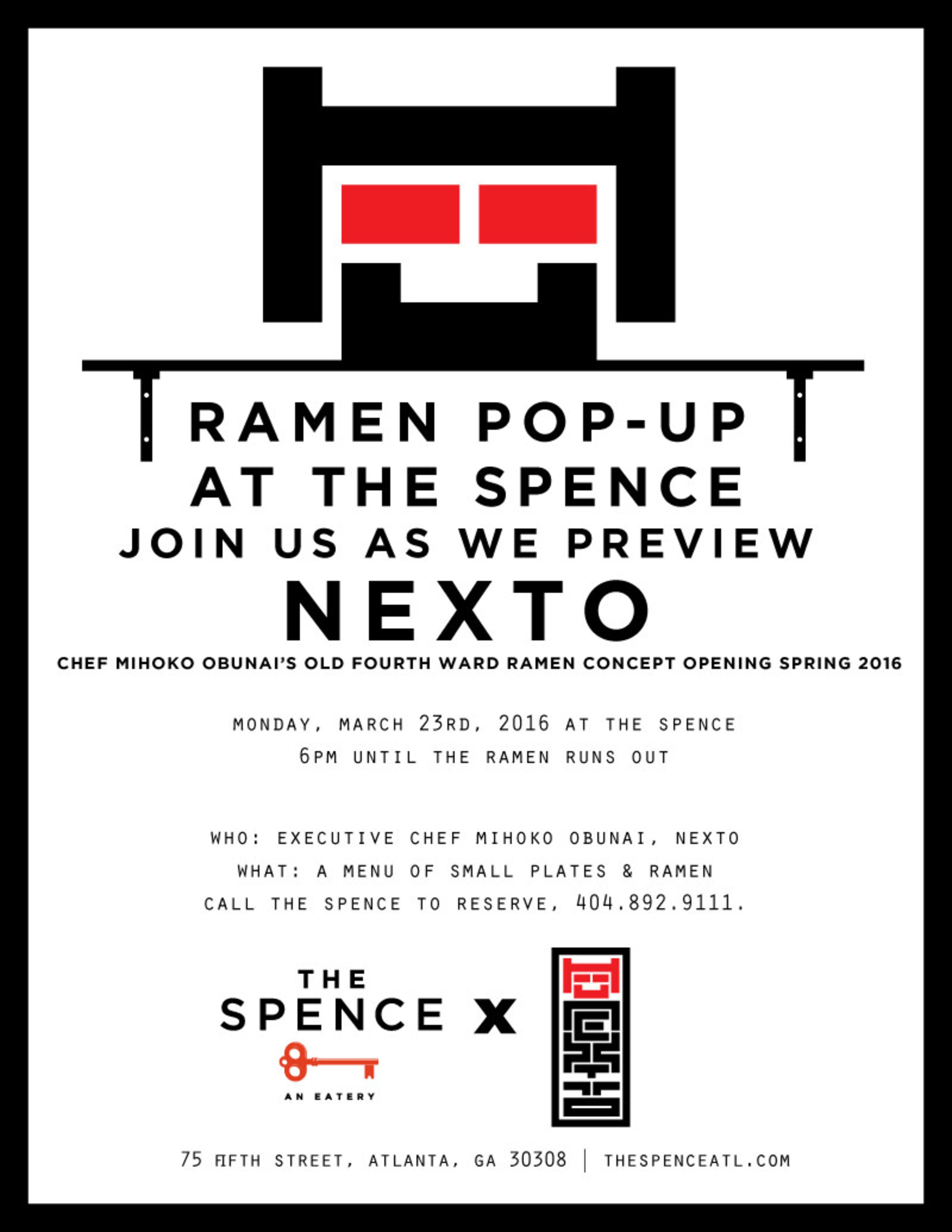 Photo credit:
Even as Ramen Crush ATL comes to a close at the end of this month, ramen fans all over Atlanta will still be able to enjoy new selections in the coming weeks. Chef Mihoko Obunai has announced two pop-up dinners that will feature cuisine from her latest restaurant, Nexto.

Obunai will take over The Spence on Mon., March 21 and follow up with Parish on Mon., April 11. The pop-ups are previews for Nexto, set to open later this spring. Each pop-up will start service at 6 p.m. and go for as long as ramen is available.

Having paired with The Sound Table and So Ba up in the past, Obunai is no stranger to the pop-up game. Both of her former pop-ups were located in the Old Fourth Ward, the same neighborhood where Nexto will open later in the season. Diners can expect a few varieties of ramen and small plates.