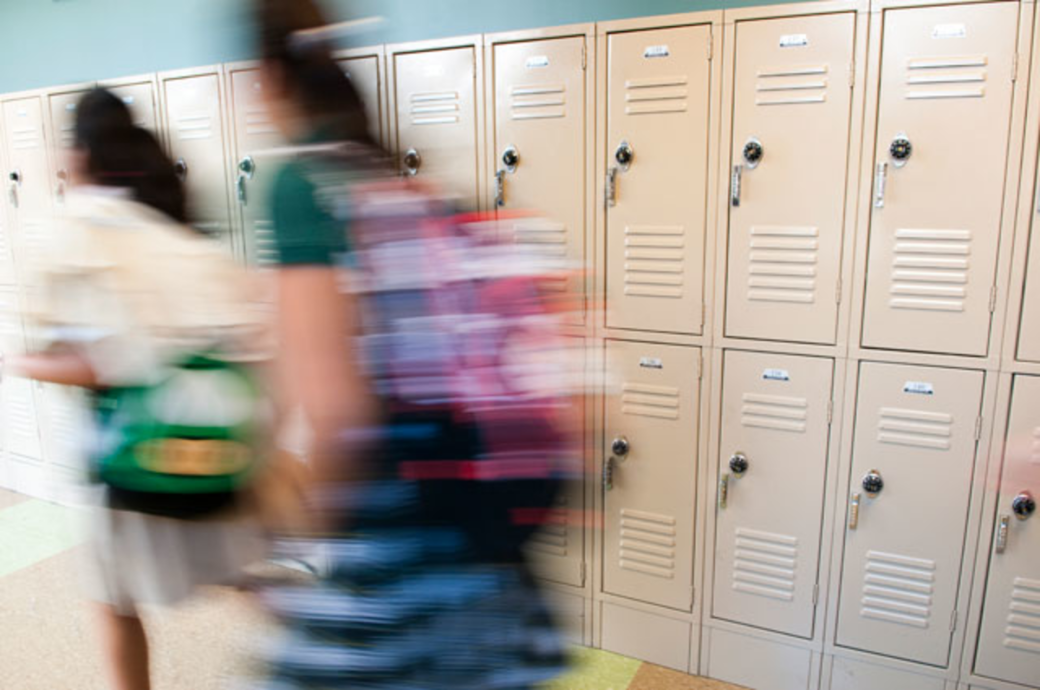 Gov. Nathan Deal took credit for a lot of things during his annual "State of the State" address last week. He credited himself for creating an estimated 217,000 new jobs, lowering unemployment rates, and reforming the state's criminal justice system.

Throughout his speech, he made his case for re-election. The highlight of Deal's campaign pitch was a proposed $547 million increase to the state's K-12 education budget for the upcoming fiscal year.

Politicians, elections, and education spending have long gone hand in hand in Georgia. This year is no different. But that doesn't mean the public should settle for this kind of pandering. Georgia students should be a priority for state lawmakers every year, not just when it's convenient for political gain.

At first glance, the more than half-billion-dollar injection appears to be a good thing. The proposal, Deal says, would infuse cash-strapped local school districts with funds needed to eliminate furlough days, raise teacher salaries, or make other necessary improvements. His proposed budget also includes $45 million to speed up Internet connections in schools, a 103 percent increase in HOPE Grant and HOPE Scholarship funds, and numerous small increases to other education programs.

But Deal's $547 million proposal is misleading. Yes, it's the largest K-12 budget increase in more than six years. Nearly $150 million of that cash will cover the basic costs of the state's growing student population and would've been spent anyway. As critics have been quick to point out, the funding increases are a drop in the bucket for a public education system that has suffered from approximately $7.6 billion in austerity cuts since 2003.

"It's a faux-fix for education," says Bryan Long, executive director of the left-leaning political group Better Georgia. "It's an empty promise done for headlines. Education needs to be a priority. It's one of the biggest things that has gone wrong in Georgia."

"Today our education budget is a shell game," Carter said.

Carter wants Georgia lawmakers to look not only at how much the state sets aside for its education budget, but also at how it spends that funding. But his proposal requires a constitutional amendment — which needs two-thirds support from the General Assembly plus voter approval in next November's election — making its approval a long shot. It's more likely state lawmakers will rubber stamp the $547 million increase in the coming days. Aside from Carter's bill, no lawmaker actually wants to split hairs over the way funding increases will happen. Who in his or her right mind would take such a political risk in the name of meaningful change, especially in an election year?

Claire Suggs, a senior education policy analyst with the Georgia Budget and Policy Institute, sees value in Deal's budget increase. But she says the state has a long way to go to fully replenish education funding, which has been cut by an annual average of more than $1 billion. Last year, school districts received $633 less per student. An estimated 71 percent of local school districts still have furlough days that prevent kids from attending school for a full 180 days.

"Georgia is falling behind other states," Suggs says. "Our kids will not catch up if we don't consider more funding."

Georgia Public Policy Foundation President and CEO Kelly McCutchen warns that Deal's proposal may only have a temporary effect. As early as next year, state lawmakers will face tough decisions as they attempt to overhaul the Quality Basic Education formula that determines how much cash local school districts receive per student. It's unclear whether that'll lead to more or less investment.

Whether we like it or not, business under the Gold Dome will probably return to usual once 2014's election season passes. It wouldn't be surprising to see conservative leaders tell schools to do "more with less," a handy Republican mantra they've turned to repeatedly throughout Deal's first term. While teacher resourcefulness can reduce wasteful spending, students have suffered because of that political directive. That mind-set needs to change.

"To be healthy, public education in Georgia needs a steady, wholesome diet of adequate funding — not a quick fix during an election year," said Verdaillia Turner, president of the Georgia Federation of Teachers, in a statement.

Georgia's approach to the classroom is in dire need of reform. The state's broken education system has led to a 71.5 percent high school graduation rate that ranks among the worst in the United States. Nearly one in five Georgia residents live in poverty, which amounts to the nation's sixth-worst poverty rate. If state lawmakers refuse to double down on education, they should be held accountable for their failures in addressing the state's biggest issues. Efforts to improve public education must happen every year, not simply in election years.