How much will Georgia Power's nuclear reactors cost us? 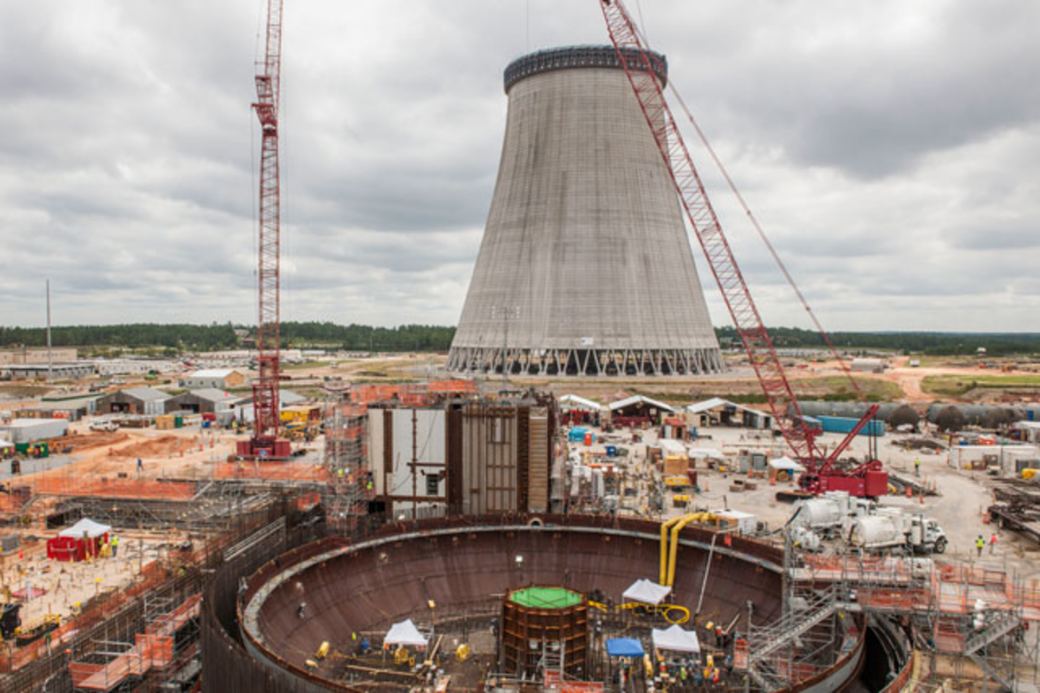 Have you glanced at your electric bill lately? Next time it arrives in the mail, give it a closer look.

You might not have noticed, but your monthly bill has increased over the last few years. And it's not because you are using more energy. It's because we, the Georgia Power ratepayers, are helping to finance the construction of the utility's new nuclear reactors at Plant Vogtle. Located approximately 175 miles southeast of Atlanta, the reactors are the first new ones to be approved in the United States in nearly 30 years.

Though it doesn't say so on your bill, ratepayers are paying more than they were in 2011. And you're not using a kilowatt more. When those reactors come online, you might pay even more. Your monthly bill could soar because the project suffers from delays and cost overruns. You'll be footing the bill without knowing the costs ahead of time. It'll be sticker shock. For a project that was shoved down our throats, we deserve more transparency.

The line item on your bill for your payment to finance the reactors' construction is labeled "Nuclear Construction Cost Recovery." The amount is based on a percentage of a ratepayer's monthly base charge and total kilowatt hour charge.

In 2011, when the fee started appearing on your bill, the initial rate approved by the Georgia Public Service Commission, the five-member regulatory body that determines how much you pay to turn on your lights and heat your oven, was 5.8 percent. It's steadily increased since then, to 6.4 percent in 2012 and 7.5 percent in 2013. It now stands at 9.3 percent.

That fee varies depending on how much electricity you use. For some, it's only a few bucks. The increase is not enough to make them take up pitchforks and march on the Georgia State Capitol. But for others it's money they just don't have for a project from which they won't see any benefit from several years. And that's if it's on schedule.

Georgia Power, which is a regulated monopoly, can charge us to help pay for something that hasn't been built yet thanks to legislation passed by the General Assembly and signed into law by then-Gov. Sonny Perdue in 2009. Cash raised from the fee — Big Industry was carved out an exemption — would help Georgia Power finance the construction. Georgia Power argued it would protect the utility's bond rating and save money in the long run. The legislation, pushed by an army of Gold Dome lobbyists hired by the utility, was opposed by environmentalists as well as right-wingers and libertarians. Conservative talking head Erick Erickson came out against the bill, calling it "terrible legislation." The fee, he said, would "destroy every incentive Georgia Power has to keep costs down."

Last year, the PSC delayed debate over whether the Vogtle construction budget should be increased. As the Associated Press noted at the time, that discussion would have required Georgia Power to defend the overruns — and put PSC officials in the spotlight for giving the utility the green light to pass those costs on to ratepayers. The move means the rate won't increase until the first new reactor turns on, which is expected to happen in 2018 but could be delayed.

Sounds like we're catching a break, right? To me, this is just an excuse to pass on costs to ratepayers and let the PSC and utility save face. Ratepayers will have little choice but to pay the bill, no matter the cost. Some PSC members will have probably left office by that time, while others might claim innocence or cry ignorance. Georgia Power will keep being Georgia Power.

"The bottom line," says Bobby Baker, an attorney and former Republican PSC commissioner, "is that Georgia Power ratepayers should expect to see their bills continue to increase and the Vogtle Project will increase rates between 20 percent to 25 percent if the project stays on schedule."

Thus far, that's not the case. The project is at least 21 months behind schedule — and approximately $1.5 billion over budget. Not only are we paying more ahead of time to finance the reactor, but we'll also be paying more if the project takes too long. And the process to oversee the construction and how those costs are passed along are confusing, PSC observers say.

"The review process is very problematic — it's very difficult currently to get a real sense of ratepayer impact," says Sara Barczak of the Southern Alliance for Clean Energy. "This is a purposefully confusing and misleading process. ... If people knew that their bills are going to go up significantly, they would be paying attention."

My personal objections to nuclear power aside — I would have preferred the cash raised to finance the reactors go to clean energy instead — I am all for funding projects that benefit the greater community. But we deserve to know how much we are being charged. Atlantans already suffer from extremely high water bills. An extra 10 percent on our electric bills can make or break a working-class household, people living on low incomes, and senior citizens.

The PSC isn't serving Georgians by letting the utility wait until the first reactor switches on to restart discussions about approving additional funding. Short of suspending the cost recovery fee altogether — the utility should be responsible for its own mistakes — the commission needs to urge Georgia Power to come clean about how much of a sticker shock Georgians will encounter when the new reactors come online. In addition, it should show customers on each bill how much that recovery fee has generated. We may not be able to control the costs, but we deserve to know the costs before the bills flood our mailboxes.

Do you know someone who smokes pot? | more...
Search for more by Joeff Davis