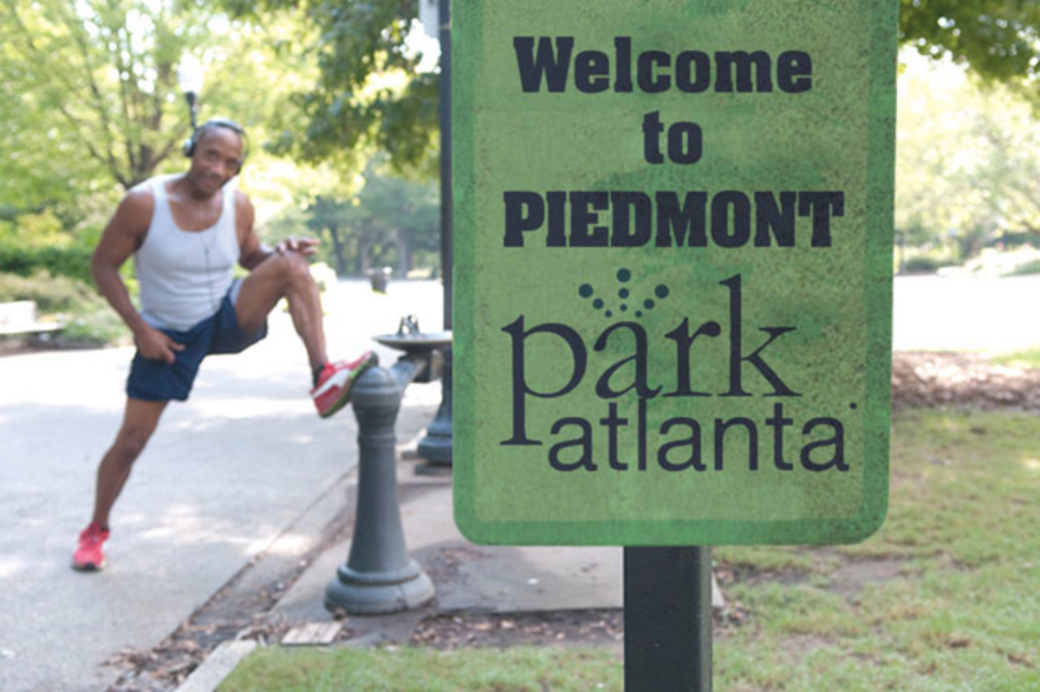 The city is considering plastering public spaces with ads to make some extra cash. This is a really good idea. For instance, there is a lot of confusion about whom we should thank for our lovely Piedmont Park experience on a Saturday afternoon without ample branding. This is not a problem we have at a place like the Georgia Aquarium, where everything down to the Dolphins' Tales is sponsored. Plus, our politicians don't do nearly enough for large corporations. Also, who doesn't like looking at ads? We do it all day every day while surfing the net, driving the car, and watching TV. We shouldn't have to stop just because we're playing Frisbee outside or swimming laps at a local rec center! It's common sense.

Like most of us, the city of Atlanta could use more money. So it is asking private companies, large and small, to send ideas about how to approach ad campaigns for public assets, even though in the past the city has had its own very catchy branding ideas: "City lights, Southern nights." "Every day is opening day." This plan could make the city up to $5 million a year! The Atlanta City Council would have the final word on what private companies can say on our public property. City council cares deeply about what people can see while out in public, as it recently displayed with a proposed ordinance to regulate art on private property. Similarly, we are positive that the advertisements will appropriately reflect the communities in which they are placed, since we all have to live with them, after all.

Atlanta already has many qualities that remind us of a theme park, such as a confusing layout, lots of fried food, and a water feature that everyone likes to play in but feels a little gross about. All that's missing is the right branding. The city says some things such as fire trucks, public schools, and the Atlanta Beltline would be off limits, but we say everything is for sale. Here are a couple of ideas of what this Brave New Well-sponsored ATL could look like if the city gets it right.