Opinion - The politics of park benches 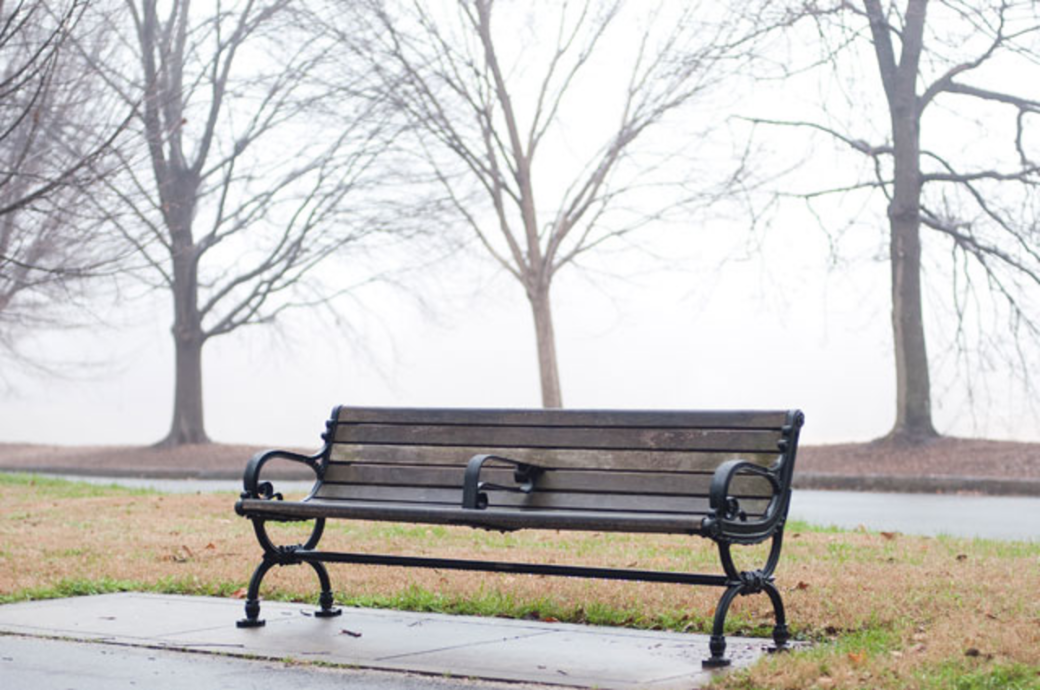 Atlanta Beltline Inc., the nonprofit tasked with planning and developing the loop of parks, trails, and transit, is asking for design proposals for benches to be built along the Beltline. According to ABI's website, the chosen design — proposals are due by Jan. 23 — would preferably use locally sourced and recycled materials. The winning concept could potentially guide the construction of Beltline benches for the next two decades.

When thinking about things like bench construction in particular, and the design of public space in general, it is important to remember the politics that can hide just below the surface of such planning. At only a glance, it may seem as if there is nothing more innocent, nothing more nonpolitical, than a park bench. What kind of political role could be played by something as simple as an inert, horizontal object used for sitting?

But technology is rarely innocent, and its uses and meanings rarely reduce to ones intended by a designer or manufacturer. Park benches are a paradigmatic example. Though benches are designed for sitting, of course, a person can also lie upon a bench. And the homeless sometimes use benches as beds. When the topic of homelessness enters the picture, it is followed by a host of political issues, from the implications of economic disparity to the basic obligations we have to one another.

The political story of the park bench gets a step more complicated when designs are introduced that prohibit sleeping. These designs can take any number of forms, but a common type involves vertical dividers between seats, sometimes doubling as armrests. Such designs make the bench difficult or impossible to sleep on, and they have the potential to discriminate against particular users, such as someone carrying a child or baggage, people with certain disabilities, or the obese.

Anti-sleep designs are part of larger campaigns aimed at determining where the homeless can and cannot dwell. In addition to the sleep-prevention benches, there are trash cans with lids shaped to discourage picking, and even spikes set into areas where the homeless might spend time, such as on ledges, or beneath roadway overpasses. Policies that target the homeless can include prohibitions on loitering, unsanitary behavior, camping, the use of shopping carts, and panhandling. Such policies can effectively criminalize homelessness itself, and they contribute to larger efforts to flush the homeless out of the view of the general public and render the problem of homelessness invisible.

Such measures threaten to eliminate the already small political clout the homeless have. The homeless are a deeply disenfranchised population. By rendering the issue of homelessness less and less visible, these measures may reduce the will of the larger community to support active aid efforts. The larger community may mistakenly think the problem is solved, when instead it has only been pushed to the margins.

Design and policy aimed at making homelessness invisible can add to the dangers homeless individuals face. It can be safer for the homeless to dwell and sleep in highly trafficked areas, relying on the general presence of others to deter individuals who may want to harm or otherwise victimize them. The awful killings of two homeless men last November here in Atlanta, both shot multiple times while they slept, are shocking indications of these dangers.

Add to these reasons the fact that such measures treat homeless people as being the problem themselves, and not as fellow citizens, not as human beings worthy of basic respect, but instead as something to be shooed away, something better forgotten. That, sadly, has happened before in Atlanta. In the run-up to the 1996 Summer Olympics, Fulton County managed a program that offered free one-way bus tickets to homeless men and women.

Anti-sleep design benches wouldn't be a first for Atlanta. They can already be found throughout the city, from Piedmont Park, to Midtown, to Woodruff Park. The small benches built into the standard MARTA bus stops are another example. Though short in length, they still retain a stub of a vertical seat divider.

Homelessness is a serious and complicated problem, one that involves deep questions about the nature of government assistance, affordable housing, and the treatment of mental illness and drug addiction. The way to deal with this problem is not through design strategies that help us to ignore it. The question of bench design for the Beltline — where homeless men and women walked and rested before trees were cleared and concrete poured — is emblematic of the larger tasks in front of us. As we expand and improve Atlanta and emerge from the recession, we must decide what our vision is for the city. Who gets included and excluded? And how should we build those decisions into our infrastructure?

Think about it the next time you sit on a bench.