Why does Georgia force young immigrants to look elsewhere when chasing the American Dream? 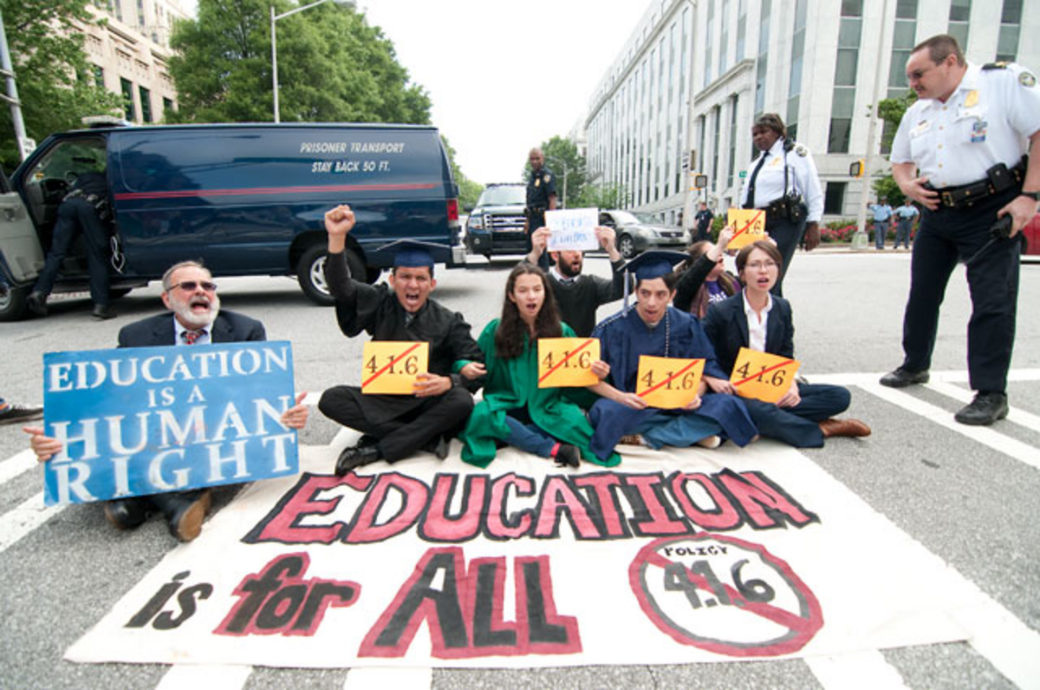 Diana Umana was four years old when she was brought to the United States by her parents. She has lived in Georgia for 13 years. She is now a senior at Cedar Shoals High School in Athens, Ga., and is proud of her 3.9 GPA. She has taken honors and AP classes and runs track and cross-country. She hopes to study law and international relations. In July 2013, Diana was one of several thousand undocumented people who were given protection from deportation under Deferred Action for Childhood Arrivals, or DACA. She was authorized to work in the country the same month.

Diana was hoping to stay in Georgia to be close to her family, including her two older sisters, and to be able to contribute to her community. But she is doubtful that she can afford the out-of-state tuition rate that deferred action grantees must pay to attend Georgia colleges. She will be looking for more affordable places elsewhere in the country to attend school.

It will be a loss for Georgia to have this hard-working, ambitious young person move to another state. And this injustice does not have to continue.

A bill currently pending in the Georgia legislature, Senate Bill 44, introduced by state Sen. Nan Orrock, D-Atlanta, would allow immigrant students with work authorization like Diana to qualify for in-state tuition rates at public institutions of higher education. These students grew up in Georgia, graduated from Georgia high schools, and persevered against the odds to excel. SB 44 would ensure that they could have access to the educational opportunities that they have already earned through their hard work, right at home.

At its core, this legislation is about fairness. SB 44 would level the playing field and open the doors of opportunity to students like Diana. Today, these students have to pay out-of-state tuition at the state's colleges and universities, even if they graduated from a Georgia high school. Students who attend college at out-of-state rates are forced to pay several thousand dollars more — in some cases nearly twice as much — as those who attend under the in-state rate.

As Silvia Carrera, another DACA grantee who is about to leave the state to attend a university in Washington, reminded members of the Senate Higher Education Committee on Feb. 10, "This bill will have a real impact on the lives of real human beings." Silvia will leave Georgia, her home since she came here during 6th grade. Despite working three jobs, she simply cannot afford the out-of-state tuition at Georgia colleges.

By imposing barriers on these students to attend higher education, Georgia is losing out, too. Without a college degree, it's much more likely that these students will have no choice but to accept low-paying jobs that neither allow them to fulfill their potential nor help them climb the economic ladder. Just like Diana, many will be forced to leave Georgia to take advantage of equal educational opportunities elsewhere — states where such laws don't exist. As such, they are forced to take their talents and high academic caliber elsewhere, rather than investing it back into the state that invested in them.

It is time for Georgia to join the national trend toward Tuition Equity. At least 20 states, including Texas, Florida, and Oklahoma, have laws or policies providing access to in-state tuition rates to students regardless of their immigration status. Many other states, such as Alabama, Arkansas, and Virginia have determined that DACA grantees are eligible to pay in-state rates under existing state residency rules.

Teachers such as Matt Hicks, a teacher of literature and composition at Cedar Shoals High School in Athens, Ga., see the toll this policy takes on students, families, and communities. He recently told the state Senate Committee on Higher Education that he is "a salesman, an agent for the American Dream."

"Day in and day out, I tell them that education is the great equalizer, the great liberator," Hicks said. " I want my children, our children, to believe that if ... they work hard, then — regardless of their backgrounds, their current situations — anything is possible."

But year after year, he said, he watches the "best, brightest, and hardest working students forced out of home and state. In this we tear apart families, lose our investment, and miss out on future entrepreneurs and potential technological innovators, business and community leaders, health care workers, teachers, and more. Or worse, these gifted students stay here and their trajectories come to a screeching halt."

Having to pay out-of-state tuition is not the only educational barrier that DACA grantees face. Per a Board of Regents' policy put in place in 2010, they are also banned from selective public colleges — currently five, including Georgia State University, Georgia Tech, and the University of Georgia — regardless of their merits. Since the implementation of the ban, many highly gifted students have left for other states. Georgia in fact is alone among all states in not allowing young immigrants granted deferred action admission to selective universities.

It is time for the state of Georgia to recognize the achievements of all of its hardworking students, and to promote fairness in access to public higher education. Passing Orrock's legislation would be an important first step. 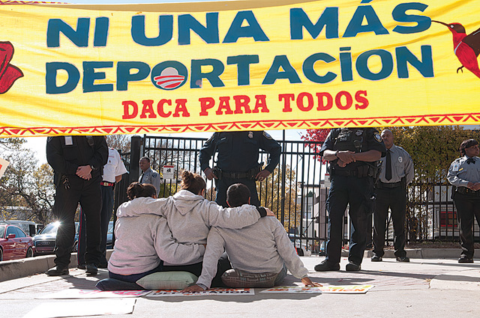