Opinion - No vision, no future 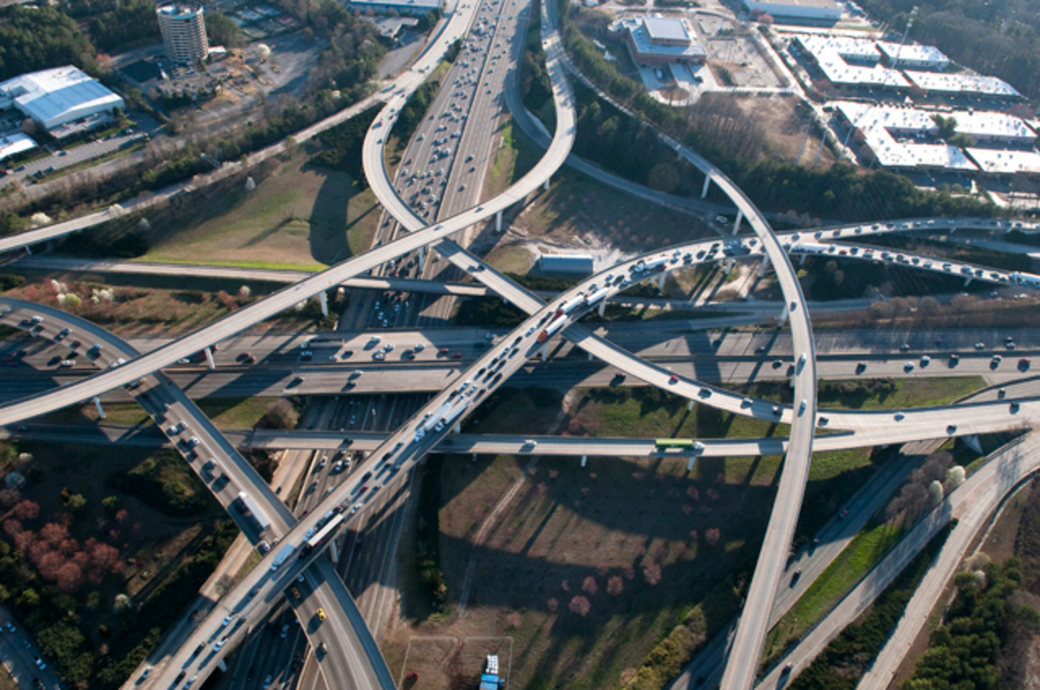 Political observers can be forgiven if they felt that they had jumped back in time during the 2015 legislative session that ended on April 2.

For 40 days, state lawmakers debated and chose not to discuss how to expand rail, spark more bus routes, or help jump-start commuter trains to better connect metro Atlanta — it was all about roads and bridges, and maintaining the status quo. In the process, they gave electric vehicles and commercial airlines the middle finger. And walked away with a plan that would raise $1 billion — just enough cash to keep what we already have from falling apart. If this is vision, then Georgia is blind.

Going into the legislation session, GOP leaders agreed: the bag of cash to fund fast-growing Georgia's transportation network needed an update. Revenues generated by the state's gas tax, which the state Constitution says can be spent only on roads and bridges, were dwindling as cars became more efficient and people drove less. Goods coming and going through the Port of Savannah and Hartsfield-Jackson International Airport, as well on interstates and freight railroad tracks, needed to flow freely. The state required roughly $1 billion a year just to keep the existing roads and bridges from falling apart, according to estimates compiled by HNTB, an engineering behemoth. To grow the system, including transit, would take around $3 billion. Really making a difference could take up to $5 billion a year.

During the legislative session, ideas were floated and shot down, including a proposal to raise the cigarette tax to the national average, raising roughly a half-billion dollars each year.

State lawmakers, as always, opted to aim low. In addition to tinkering with the gas tax, they decided to pop one of the few good transportation stories to come out of Georgia by gutting a tax credit that has helped make the state one of the electric-car industry's biggest markets. And to make up some lost revenue, they tacked on a $5-a-night motel and hotel room fee. Lawmakers who are quick to claim it's a tax on tourists are overlooking the extended stay motels used by some men, women, and families living on low incomes — a segment of Georgia's population that typically gets overlooked by the majority party. Arm-twisting and horse-trading led to the legislation's passage.

Mission accomplished, kind of. Lawmakers and lobbyists got to notch a win on their list of to-dos. But the funding package, as Sierra Club lobbyist Neill Herring put it to an Atlanta Journal-Constitution reporter, would appeal to people who are clinging to their cars or dying out. Or, as Herring called them, the "graveyard bound."

People will always drive in Georgia, especially the rural areas. One day there might even be autonomous vehicles maneuvering on our roadways, although it's a shame state lawmakers appear content to wait for the solution. Cars will never go away. And roads and bridges are vital pieces of infrastructure. But younger generations don't want to spend their lives behind the wheel of a car. They want to walk, bicycle, and take transit. We need mobility options. But another year has passed at the Gold Dome without expanding those options.

What Georgians are seeing now is the GOP's anti-tax, government-is-bad rhetoric coming home to roost. State leaders have spent more than 10 years saying Georgia can scrimp and cut its way to solutions. They have painted themselves in a corner.

Georgia and metro Atlanta are still way behind others when it comes to transportation. Were it not for Atlanta's intense lobbying for transit cash, dedication to expanding its streetcar, and MARTA's efforts to improve service, Georgia's transportation future would be entirely depressing. Parts of metro Atlanta are trying to move out of the dark ages. But the city and metro region, the true economic engines of the state, can go only so far without Gold Dome help. And, frankly, it's long overdue.

People searching for a silver lining like to say the legislation that was passed includes giving counties the option to levy a sales tax that can be used to raise cash for transportation projects — including transit. But that provision sunsets after five years, making it difficult to use for bus and rail projects. They note that MARTA, despite pumping an estimated $2.6 billion into Georgia's economy, has finally been acknowledged by state lawmakers, a sign that the redheaded stepchild of transit systems has finally earned a seat at the Gold Dome's proverbial table. It only took, what, more than 40 years? And $75 million in bond funding was allocated for transit systems. But MARTA will have to compete with every bus system serving GOP-strong suburbs and rural area. State lawmakers lifted an antiquated funding restriction that has handcuffed MARTA over the years, which was a good step. But actually helping to support the transit agency, say by paying down the debt it took on to help stay afloat and keep its system in good repair, would be an even nicer gesture.

Next year and the following year, we'll iron out all the problems, they say. But what should worry transit supporters is the fact it's taken this damn long for lawmakers to wake up. At that rate, little progress is being made. Georgia will still lag behind other states, meaning reps and senators will have to find even more funding as time goes on. And next year? It's an election year, the prime time for lawmakers to bloviate and grandstand for the base voters back home during 40 precious days when real change could be made on pressing issues. Will one of them actually stand up and say it's time to stop living in the 1990s, and then actually do something?