Opinion - The future of trans rights in Atlanta

'We must remain vigilant.' 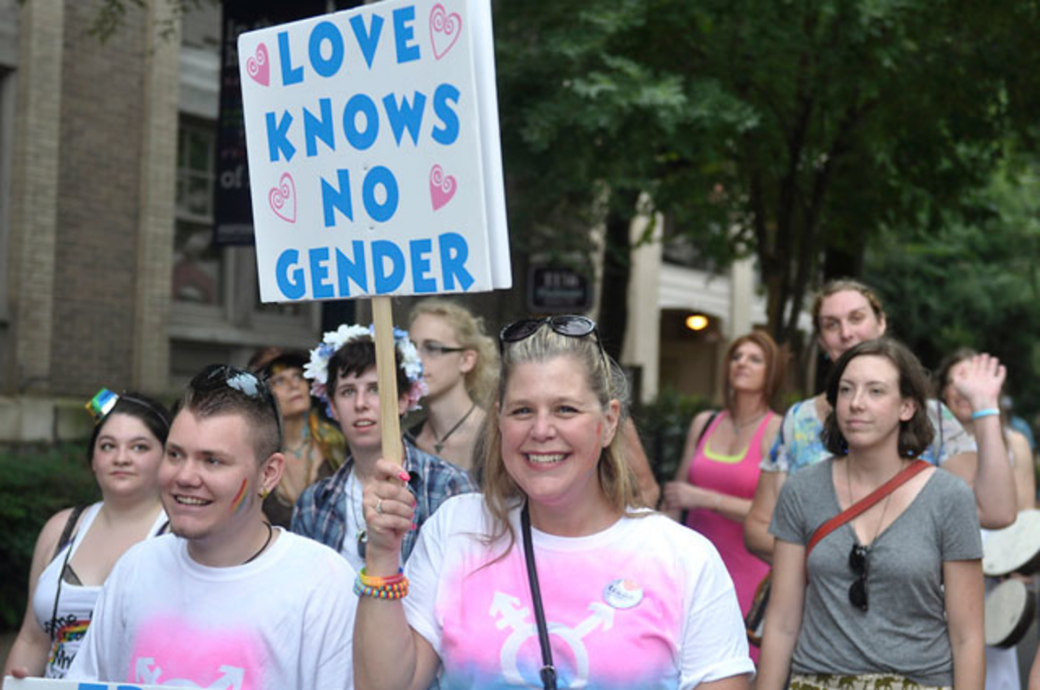 I understand Atlanta's magnetic pull on transgender people. I grew up in South Carolina, praying for my 18th birthday so that I could escape my home state and move to a more nurturing environment. I consider myself blessed that my mother never kicked me out as so many families do upon the revelation that their child is trans. My mother and I had our battles about my gender identity, but we currently share a healthy mother-daughter relationship.

I moved to Atlanta in the late '80s without knowing anyone. I was hired as a cashier at Burger King and moonlighted as a performance artist in various Atlanta gay clubs. Three decades later, Atlanta continues to draw many transgender individuals, although the city still has its drawbacks.

In 2007, I founded Juxtaposed Center for Transformation, an advocacy, consulting and social services organization specifically designed to empower and educate about transgender and gender-nonconforming people. As JCT's executive director, I constantly receive correspondences from trans people in other cities and states informing me that they're planning to move to Atlanta. I don't outright dissuade them, but I do suggest that they reconsider their expectations about Atlanta. There's still much work that needs to be done here, in Georgia, and nationally to continue moving trans people from the fringes of society so that we may live out our full potential.

Trans people are in a battle for our lives. As a minority group, statistics show that the transgender community is likely the most victimized by hate violence in the country, according to a Southern Poverty Law Center report. The murder rate for transgender women of color in the first two months of 2015 was nearly one a week. Georgia is one of five other states that don't currently have hate crime laws.

A fully inclusive hate crimes bill is long overdue in Georgia, as is a fully inclusive employment nondiscrimination bill. There are still situations in Georgia where it's legal under state law to hire or fire employees on the basis of race, color, religion, sex, or national origin. I've heard it asked time and time again, "What's next after marriage equality?" Marriage equality is meaningless if you're unemployed and unable to financially maintain and properly support a household, your medical needs, and a family.

"Pervasive discrimination and a lack of legal protections mean that transgender people struggle to find work and safe housing, make less on the job, and have higher medical costs than their non-transgender peers," according to the Movement Advancement Project.

There are legislators who are still trying to deny trans people the basic right to use the restrooms that reflect our gender identities. Some of those insensitive and distasteful proposals have been rejected.

It's not all doom and gloom for transgender and gender-nonconforming people. I'm encouraged by the fact that we have a president who boldly and unapologetically included transgender people in his 2015 State of the Union address. He has set an example for other legislators to strive toward. Positive representations of transgender and gender-nonconforming people in the media have increased, although there's still a substantial lack of diversity.

This is only the beginning of our harvest. We must not become distracted and complacent. We must remain vigilant. There are too many who remain filled with rage, disgust, and disdain at our existence.

For far too long, some trans people have been ashamed and fearful that they might be singled-out if their gender markers don't match their identifications. I understand the fear and concern, but if we let fear dictate our actions, we will never transcend the shadows of society.

Change will only happen if trans individuals show up and participate for equality and human rights protections. It's up to us to educate ourselves about the politicians who are lobbying for our votes. It's imperative that we register to vote and actually go to the polls to express our power by voting for the candidates who have our best interests in mind when drafting legislation. We must hold our representatives accountable.

Transgender and gender-nonconforming people are resilient, continuously rising from the ashes of discrimination, inequality, and violence in pursuit of happiness, life, and liberty like all human beings.

Tracee McDaniel is the executive director of the Juxtaposed Center for Transformation, which will host the official Atlanta Transgender Day of Remembrance vigil "We Will Not Be Denied" with keynote by Sen. Vincent Fort, Nov. 20, 6 p.m. Saint Mark United Methodist Church, 781 Peachtree St. www.thejct.org.