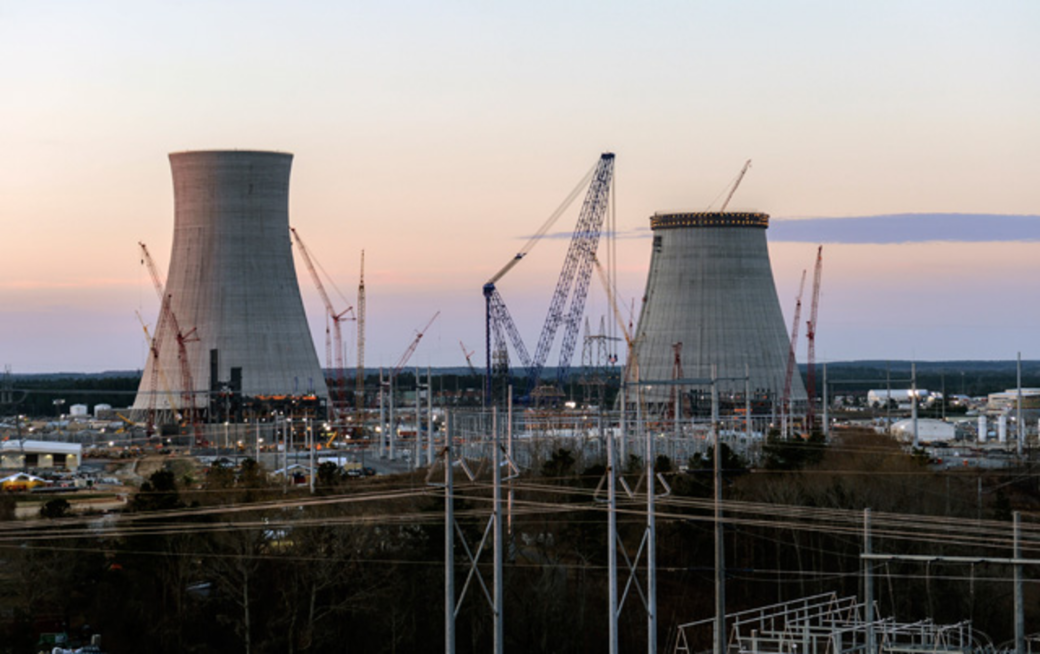 While it might seem like a very bad April Fool's joke, the multibillion dollar cost overruns for two more water-guzzling nuclear reactors at Plant Vogtle in Burke County along the Savannah River is no laughing matter to Georgia Power customers. They have already paid more than $1.4 billion for reactors that won't be operational until 2020 or 2021. The first new reactor, Unit 3, was supposed to be operational on April 1, 2016. Yes, this year ... on April Fool's Day.

Six years into construction, the project is 39 months behind schedule with more delays likely. There have been years of delays, extreme cost overruns, and persistent engineering and construction problems with the module fabrication — Georgia Power and the nuclear industry claimed it would make building new reactors easier and more cost effective. Those factors, combined with other issues such as significant and costly rework, should upset any reader who's stuck paying for this corporate fiasco.

The nuclear power industry has a track record of running over budget and behind schedule. Although history is repeating itself, the big power companies don't seem to care. That's probably because customers are again footing the bill despite all the problems.

For those not aware, Plant Vogtle was one of the last and most costly nuclear plants built in the country — a genuine boondoggle. Original estimates for four reactors were $660 million. Eventually, only two reactors were completed in the late 1980s, costing more than $8 billion, resulting at the time in the largest rate hike Georgians experienced.

But despite that poor performance, Georgia utilities (Southern Company's Georgia Power, Oglethorpe Power, MEAG, and Dalton Utilities) decided in the mid-2000s to venture again down this costly and risky path. This time, they'd build two new Toshiba-Westinghouse AP1000 reactors, a design that has yet to be built or operated anywhere in the world. And the utilities and their supporters claimed there wouldn't be the same problems that plagued the nuclear power industry previously — the massive cost increases and delays that basically resulted in no reactors being built here in the U.S. for nearly 30 years. A so-called "nuclear renaissance" was underway with more than 30 new reactors proposed, more than half here in the Southeast. Only four actually made it past the planning stages and to construction: two at Vogtle and two at SCANA's V.C. Summer in South Carolina. And in Vogtle's case, what was originally estimated at being a $14 billion project is now closer to $22 billion.

Significant "carrots" had to be dangled in front of the utilities, including a new, streamlined licensing process. Not surprisingly, Southern Company nabbed them all: public-private cost sharing for the licensing of the reactors; billions of dollars in taxpayer-backed federal loan guarantees; federal production tax credits worth more than a billion dollars; and anti-consumer state legislation that passed (with the help of an army of lobbyists) in 2009. That piece of legislation was Senate Bill 31, or "Georgia's Nuclear Energy Financing Act," which allows Georgia Power to charge its customers in advance for the financing costs of the new reactors.

Because of the delay, those financing costs now represent the largest share of the cost overruns of the project. (For Georgia Power customers, look at your monthly electric bill; you're paying just over 9 percent, which will increase. This collection started in 2011 at just over 5 percent.)

In 2015, the Georgia Public Service Commission staff developed an estimate of the impact of the 39-month delay on residential ratepayers' bills. A residential customer with average monthly usage of approximately 1,000 kWh will pay approximately $319 during the delay period of April 2016 through June 2020 for additional financing cost and replacement fuel cost, an average of $6.26 per month.

Georgia Power says this pre-payment scheme would save customers money. But according to a PSC expert witness, the project is so off-track that any of the purported benefits, which were originally in the billions of dollars, have been completely negated.

And if the current construction problems involving Plant Vogtle aren't enough, Georgia Power is actually considering building even more reactors, potentially in Stewart County along the Chattahoochee River. (Additional reactors at Vogtle might be the more likely location.)

Georgians can't afford to have nuclear power's history repeated for a third time. April Fool's is only one day a year. But the effects of poor energy planning negatively affects generations. Consumers need to stand up, speak out, and stop being fooled before it's too late — again.

PSC could decide to give you a lump of uranium (and a higher electric bill) | more...
Search for more by Sara Barczak