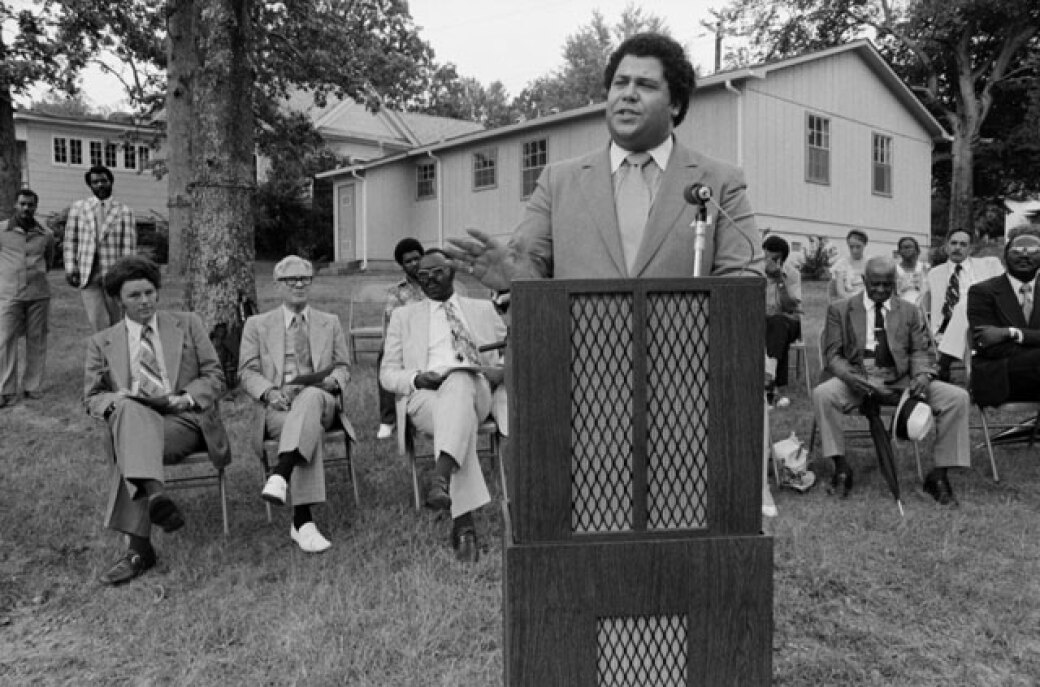 Twenty-five times a month across the city, Atlantans gather in rec centers, churches, and even a psychiatric hospital to hear police officers rattle off crime statistics, grill a festival organizer on his plans to take over a park, or tell a developer to stick his or her big-box strip mall where the sun don't shine.

These Atlantans are members of Neighborhood Planning Units, a seemingly ho-hum form of citizen participation that, when created in 1974 by then-Mayor Maynard Jackson, was a revolutionary concept. NPUs gave African Americans a voice in political decisions and cemented communities a part of building the city. But more than 40 years later, the question remains: Just how much sway does your NPU really have at City Hall?

To some residents, these volunteer-run groups are another weeknight meeting they won't regret missing. Developers, festival planners, and liquor license applicants might go shopping for armor prior to appearing before some of the citizen organizations. City Hall observers see them as a battleground for new policies and a political barometer of neighborhoods. Once a month, some of the key decisions affecting Atlanta's 242 neighborhoods get vetted at an NPU meeting before they reach City Council and the mayor's desk. When a young Georgia Tech graduate named Ryan Gravel and then-Atlanta City Council President Cathy Woolard tried to build interest in a project called the Beltline, NPUs were among their first stops and critical to building support. Want to find budding councilmembers? Visit an NPU.

When Maynard Jackson was elected Atlanta's first black mayor in 1973, his campaign owed a large part of its success to alliances forged with neighborhood activists across Atlanta — including northeast Atlanta residents who had spent nearly a decade fighting a controversial proposed highway. Jackson's victory underscored the power of neighborhoods in Atlanta — and was a sign that a long-overlooked segment of Atlanta's population deserved a voice and direct role in the political process.

"He understood that all of a sudden the African-American community had political power — the kind they never had before — but no experience in using political power," says Gerry Neumark, a Georgia State University professor who has studied the NPU system and community politics.

Adds Angelo Fuster, Jackson's spokesman when he served as mayor: "Jackson thought that listening to the voice of the people and helping the local communities speak was an important part of his role as mayor."

Eight months after being sworn into office, Jackson created the NPU as a new level of representation within the city. Men and women from Buckhead to Thomasville Heights could help alter the city's development plans and their neighborhoods. The system also gave him a political edge — by tapping key people in areas of the city who supported his campaign and getting them involved in NPUs, he had a network to help boost his agenda.

Little has changed in the last 40 years. The city has 25 NPUs, labeled by letters of the alphabet but skipping U. Just as before, their job is to give official recommendations to the mayor, council, and other City Hall entities on issues such as liquor licenses, legislation, and zoning. Some NPUs are strong; some are weak. One might fill a banquet room. Another's number of regular members can probably be counted on two hands. 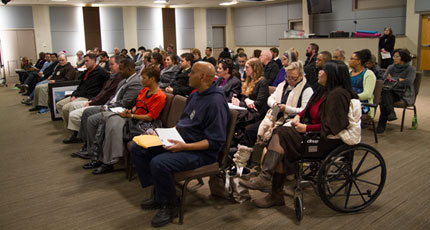 PUBLIC INTEREST: Once a month, residents and business owners Ã¢â‚¬â€ including Neighborhood Planning Unit E, pictured above at Peachtree Christian Church pack meeting rooms across the city to sift through neighborhood minutiae and weigh in on mega-projects.
Photo credit: Will Hughes

Elected officials are free to follow or ignore NPUs' recommendations. But the groups do have considerable power. Attend any NPU meeting and you'll often find a developers ready to ask for a zoning ordinance change and event planners pitching their application. Without support from the neighborhood association and the NPU — and the NPU almost always follows the wishes of the neighborhood association — a proposed building could find its height restricted, and a new restaurant could eventually find itself without a liquor license. The NPU exists, in law, to ensure that a neighborhood looks and feels the way it wants itself to look and feel.


Sometimes they can stop simple plans that could have a future impact (e.g., NPU-F in 2009 delaying a Beltline subarea plan that would allow developers to one day build mid-rise buildings at 10th Street and Monroe Drive). Or they can alter a proposed development on the horizon, as NPU-W managed to do with Jeff Fuqua's planned retail center near Glenwood Park.

"In terms of the NPU having a voice in those development proposals and things that affect their area, they are still effective," says Charletta Wilson Jacks, the director of the city's Office of Planning, which acts as a liaison for the citizen advisory groups.

But talk to people who regularly attend the monthly meetings and you'll often hear a laundry list of complaints: Councilmembers don't listen to residents' concerns. Or more often, they're not giving enough information about proposals — or time to consider them. Mother Mamie Moore is a self-described Christian community political activist and voting member of NPU-L, which encompasses English Avenue and Vine City. She's seen city councilmembers come and place items on the agenda, she says, which they then expect the NPU to vote on immediately, without any time or information offered for a real evaluation of the issue. More egregious, however, are those occasions when city representatives come only to inform residents of a done deal.

"I found out about Wal-Mart coming to our community. Not because it came to NPU-L, not because I voted on it, but because it was coming," Moore says. "And the really painful thing about it is that when Wal-Mart finally did send its people down, they acted like we should be thankful ... you're a food desert, be happy."

Neumark agrees city reps or applicants sometimes don't provide enough information. But there are problems with NPUs themselves. To a first-time attendee, the meetings can be a confusing mix of parliamentary procedure, in-the-weeds minutiae, and prickly personalities. Woe to the lowly resident seeking a variance to build a fence and who finds herself facing the wrath of an overzealous NPU group.

Last fall, students in Neumark's class attended as many as three or four NPU meetings to observe the proceedings. The results weren't pretty. According to a report summary, students saw "general disorganization ... some meetings deteriorated into shouting matches among the leaders or among the attendees." There were "very few, if any, young people." Some chairs "seem to treat the NPU as if it were his/her personal fiefdom." Some NPUs have chosen to govern themselves by a board, something the professor personally finds wrong, as it's not a true direct democracy.

Wilson Jacks says she plans to hold meetings about parliamentary procedure, meeting management, conflict resolution, and the ins and outs of zoning. That could help create more organized meetings.

In Neumark's and others' opinions, the NPU system is "broken ... but not dead." The report says all of the students, save one, "indicated that he or she would like the NPU system to continue." And Neumark thinks that requires true reform. That includes City Council stating explicitly what role it thinks NPUs should play in deciding major issues — and whether they'll vote with them or choose to side with whoever the mayor is or other interests. Or they could receive more funding and full-time staff, as they did in the past.

"I think the healthiest thing you can see for a city such as Atlanta is neighborhood power — a good share of neighborhood power," Neumark says. "When citizens start feeling powerless, they don't vote, they don't participate, and the city is turned over to whoever can garner the few votes that put them in office. I think Atlanta is way too important to allow that to happen. I think the NPU concept was a stroke of genius I really do. And I'd love to see it continue to live."