A closer look at the restaurant's charming, campy improv cabaret 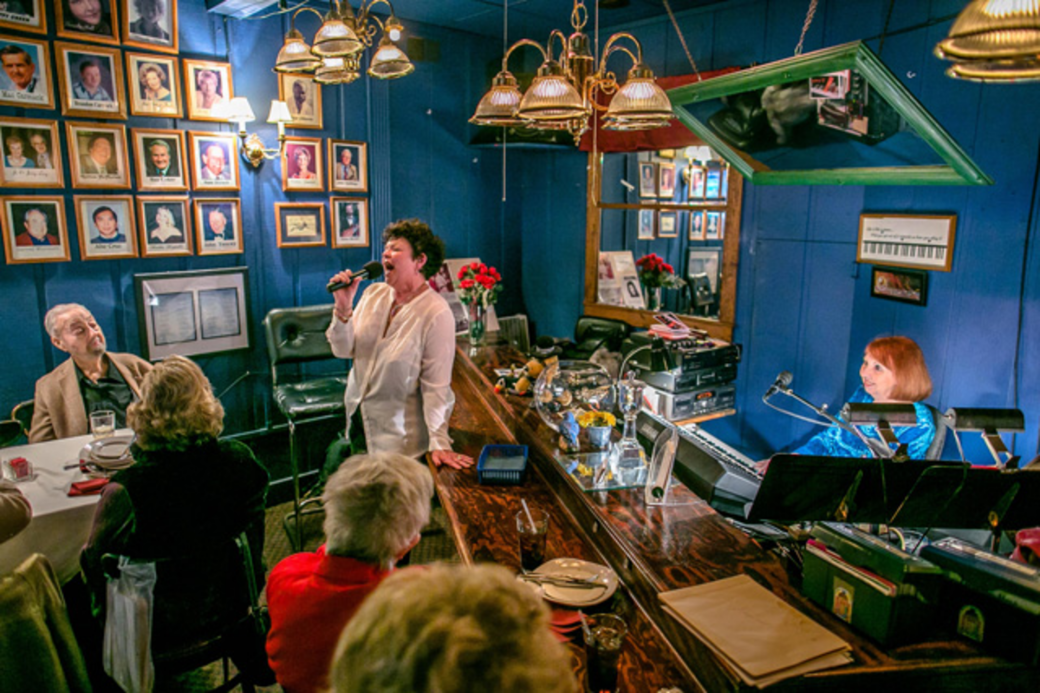 It's the Friday before Valentine's Day at McKinnon's Louisiane and the only open table in the bar is tucked away in a dark, quiet nook. The table remains empty even as people begin to gather in the lobby, waiting for seats. The room is long and narrow and painted a deep royal blue. At the opposite end of the room from this table, on the other side of a partial wall too high to see over, is the piano. A thin gentleman in a cowboy hat with a red kerchief tied around his neck, likely in his 70s, stands in front of the piano with a microphone and finishes the last few notes of a familiar song.

Soon after, a petite woman in a sparkly green fedora and gold scarf, also probably in her 70s, takes the mic and begins strutting up and down the aisle, feigning to smoke a cigarette as she sings a version of "Is You is or is You Ain't (Ma' Baby)." She bellows the words, letting them vibrate up out of her body, shaking her hips and shimmying her shoulders.

Out of view of this campy improv cabaret, the table remains empty.

At the piano is Fran Irwin, a wisp of a woman with a fiery red coif who's been playing the keys at McKinnon's for more than 30 years. She's built a cult open mic frequented by martini-swilling regulars who come to croon old standards. McKinnon's specializes in a New Orleans-style menu and is one of a dwindling number of schmancy old-school eateries in Atlanta. Buckhead's pirate ship-themed fondue and live jazz hot spot Dante's Down the Hatch closed a few years ago. Red sauce hole-in-the-wall Alfredo's will soon leave its longtime Cheshire Bridge location to make way for condos. But McKinnon's persists, packing the bar on weekends with regulars ready to sing.

The people who sing here know their songs word for word, beat for beat. They return week after week to refine their performances.

"We don't call it karaoke. It's open mic," Irwin says.

Irwin, 78, started playing piano at age 4. By age 13, she was playing professionally, working an "American Idol"-style showcase at a small theater in North Carolina. She moved to Atlanta from Greensboro in 1962. Divorced and with two young children, she found work singing and playing piano at various lounges around the city.

"Most of the hotels had a lounge. There were some places like after-hours clubs, but primarily it was just hotels," Irwin says. "It was overwhelming because, of course, it was nothing like living in North Carolina in a smaller town, but there were so many venues here. There were possibilities. It just seemed like the right place to be at the time."

She lived Downtown in a hotel at first. There was no MARTA. One of her first gigs in Atlanta was at the swanky Ship Ahoy supper club on Luckie Street across from Herren's Restaurant.

"Buckhead was not anything like it is now," Irwin says "In fact, all the prominent hotels and clubs were Downtown."

Irwin keeps a scrapbook of newspaper clippings and lounge postcards promoting her appearances. There's one for a saloon in Underground Atlanta, "a profusion of fine shops, exciting restaurants and fun hideaways," where she performed alongside a banjo player. There was a club called New Year's Eve that had a New Year's Eve theme every night.

Irwin has a soft raspy delivery that's slow and soothing. Her vocal chords "disappeared" in the 1970s, she says, and she now has plastic ones. She attributes their decline to the secondhand smoke she played in pretty much nightly for decades. She thought she'd never perform again after the loss so she left for Birmingham. There she met her husband Julian Menter. They returned to Atlanta seven years later and she landed the job at McKinnon's. (Menter often accompanies her on bass.)

Multiple mirrors hang behind Irwin's setup. One of them hovers at a 45-degree angle directly above her so the audience can watch as her fingers travel across the keyboards. There are boxes of index cards handmade by Irwin with the lyrics to songs. A large fishbowl serves as a tip jar. A poster board holds pictures of Irwin as a young woman making her way as a pianist in Atlanta in the '60s. On the walls, dozens of framed headshots crowd together. Irwin began taking pictures of her regulars and hanging them up in the mid-'80s.

"People really want to be up there," she says. "We have a rule now. You have to be a regular for two years before we put the pictures up."

Being a regular means you show up every week to sing, just like Irwin. 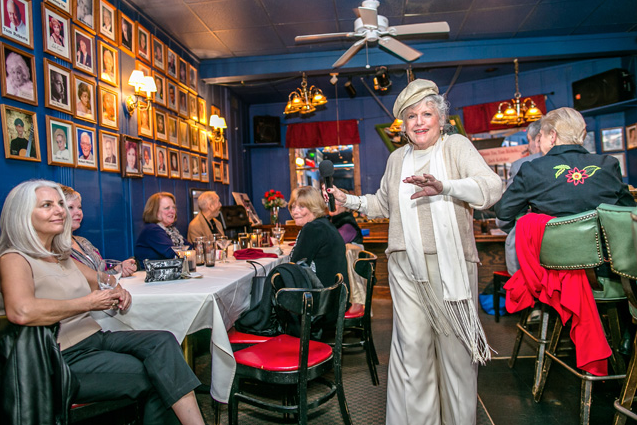 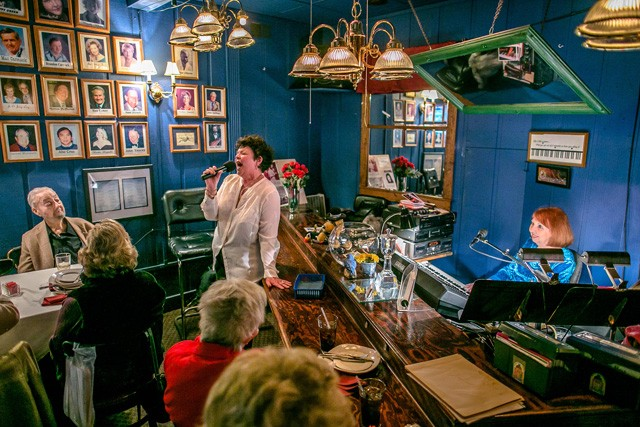 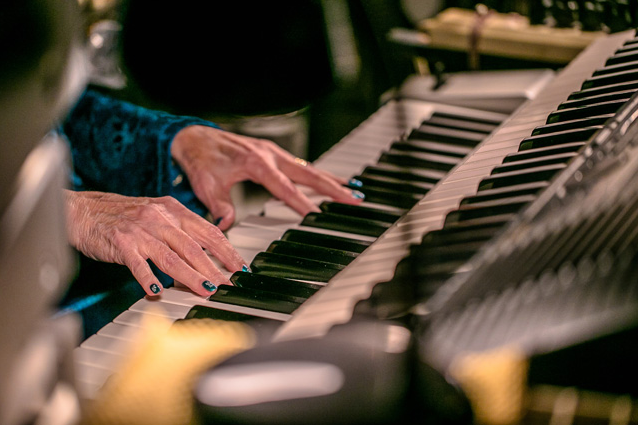 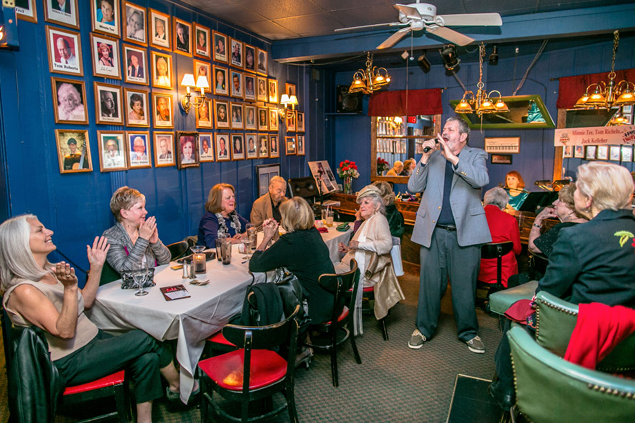 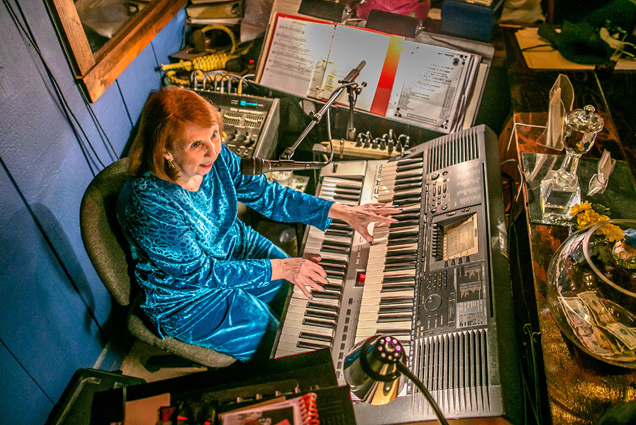 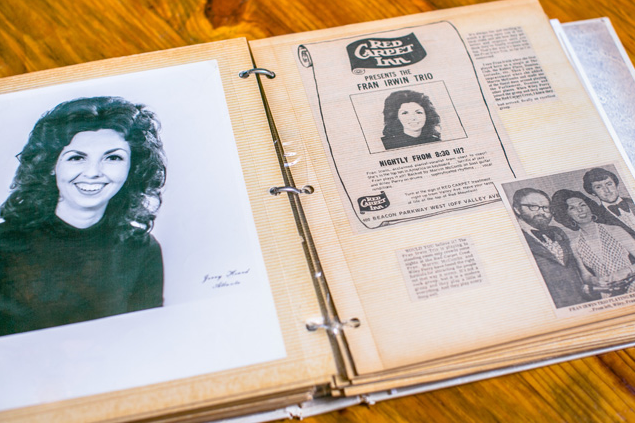 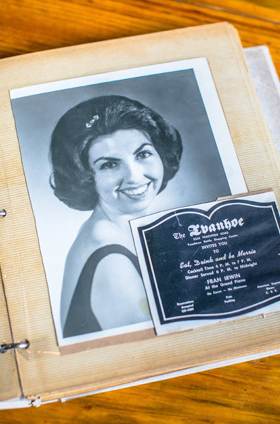 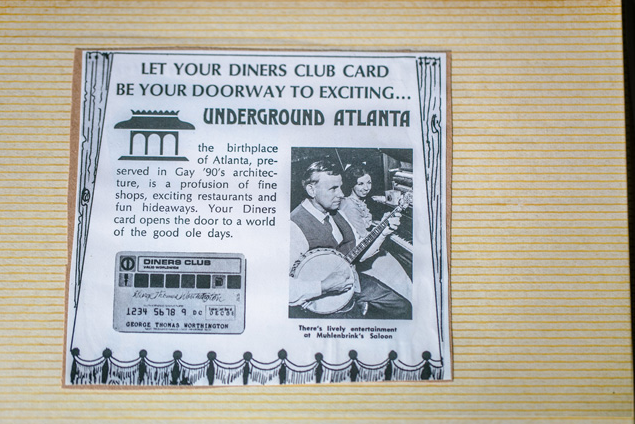 Dinner and a Show at McKinnon&#039;s Photo by Erik Meadows
Previous Next