Atlanta according to Rembert Browne

The Atlanta-raised Grantland staff writer chats about his love for West End's roads, his admiration for Joseph Lowery, and why you should never visit Creflo Dollar's mansion 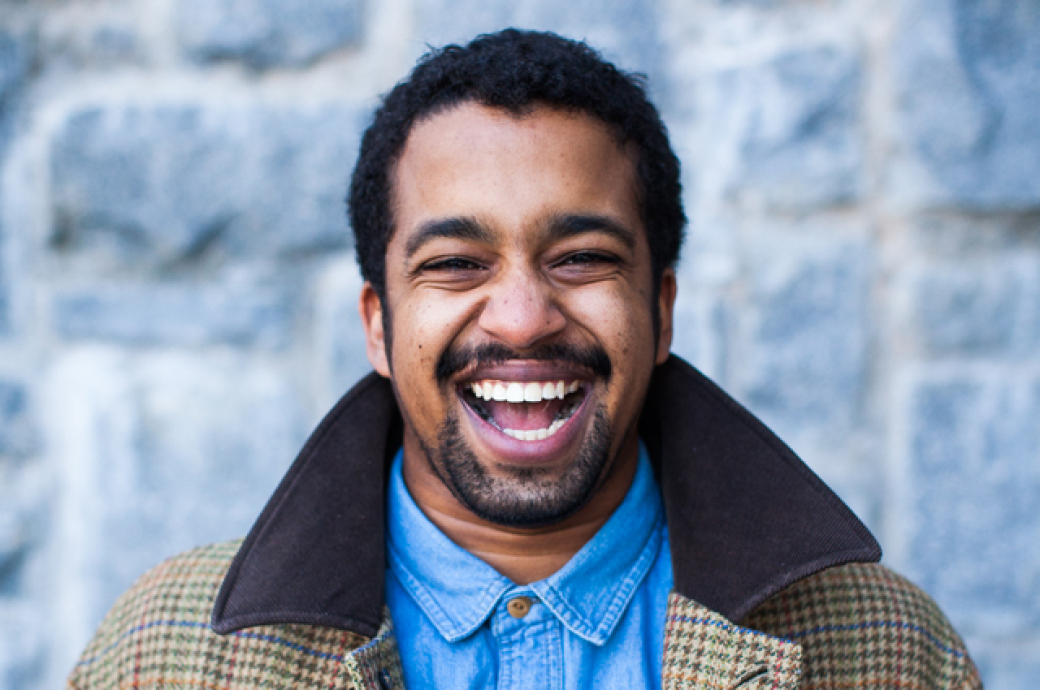 Rembert Browne has a lot of opinions. The Grantland scribe has written about everything from defenses of Atlanta sports fans to reflections on interviewing President Barack Obama on Air Force One. Though he lives in New York these days, few things matter more to him that his hometown of Atlanta, so much that he tattooed the city's phoenix logo on his arm. Inside a booth at Manuel's Tavern, we chatted about his love for West End roads, his admiration for Joseph Lowery, and why you should never ever visit Creflo Dollar's mansion.

West End is my favorite spot in the city to think deep thoughts by myself. I've always been a Little Five wanderer. I think if I lived here, that would be the Atlanta Beltline. My Atlanta life was a lot of car life. Every time I come home, I aimlessly drive around southwest Atlanta and will sometimes hit spots like my uncle's church, my old tennis center, or Washington Park. But West End, because I know every single street, I can turn my brain off and have no plan and for 30 minutes see what's changed and what hasn't changed.

Edgewood Avenue is the best place to see art in Atlanta. The locations are all over the place, but I love seeing some of the Living Walls mural pop up around Edgewood Avenue. Finding out about all of that while I was not in Atlanta, but having friends who worked with it, and then seeing these huge murals, that's awesome. I'm more of a public art person than someone who goes to museums. I like interacting with art as I live my normal life. As I drive around the city, I like constantly seeing the changes when I visit Atlanta. Things often look different every time I come home.

West Paces Ferry Road and Creflo Dollar's mansion are the places I would advise someone to never go in Atlanta. I have no love for it. Of the many bubbles Atlanta has, that self-sustaining 75-North bubble that I had to interact with playing sports in school, I couldn't wait to go back intown. It didn't feel like Atlanta like the other weird bubbles. Not having a full grasp of the city is unhealthy. You should know all of the corners, even the corners that aren't necessarily that great. Go up there once, see all the houses, and come right back.

I would also advise people to never go see Creflo Dollar's mansion. Do not give him or that house the time of day! I haven't been over there in a really long time. But when I was growing up, he had a gate that had dollar signs on it. Even at a young age, I knew something was wrong about this. Creflo and West Paces, those are my two.

The view from Freedom Parkway is my favorite view in Atlanta. There are two approaches to Downtown I'm obsessed with. One is in the car going I-75 North as you're getting off of Freedom Parkway. You have Grady Hospital in the middle. It sneaks up on you. The 75 drive has a lot of open air space and then you come around the curve and you're Downtown. It's hard to tell how big everything is, everything is around the same height. So driving north before you get to Freedom Parkway.

The other view is right at Boulevard and Freedom Parkway. I'll get out of my car around sundown and walk around. For me, that's nearly as iconic as the rings or the phoenix. Give me a silhouette of that view with the roads and the sky. It's perfect. It's Atlanta.

My favorite nature spot in Atlanta is Lullwater Park. Atlanta is a city built in a forest. It's so lush. If you zoom out, you realize that you're constantly among trees. There's a handful of streets that I think of more in terms of their natural beauty. I love the area near Lullwater Park. It's like you're driving in a tunnel in the area between Ponce and North Decatur Road. ... If you're stuck in traffic, you don't always realize that a street has an amazing tree line. Ponce is one of those streets I'll spend an hour walking up and down. It should not be taken for granted. With Lullwater Park, it's like, "Where did this come from?" It's built for games of hide-and-go-seek, it comes out of nowhere, and has multiple layers. It's super hidden and kind of a sketchy park. You expect security guards, but it's a random little park.

Unity Restaurant is my favorite place to go for munchies. It's on MLK, across from Westview Cemetery next to a place called Best Buy Caskets, and is only open like three days a week. There's barely a sign and it's in the middle of a very non-descript strip mall. It has among the most bangin' salmon croquettes and bacon. It's so bad for you. It never reached the cult status of Ann's Snack Bar. But it's like that in the sense they do seven things. Sometimes you have to wait a bit because there's only a couple of people running the operation. But it is my secret spot to run away to, where someone older takes you once, and when you're older you go by yourself. It's a place that I google every six months to make sure it's still open. There are always people there, but you never know.

The Westin Peachtree Plaza Hotel is my favorite building. Growing up, I thought the fanciest restaurant in the world was the Sundial. I heard it spun in a circle. I was fascinated by that weird, cylindrical building. I thought it was beautiful. When the tornado came and knocked out the windows, I was torn up. It was like someone accidentally keyed the "Mona Lisa." How could this beautiful work of architecture with these perfectly curved windows get marred! I've still never been to that restaurant. I'm sure it's like a spinning Applebee's. But most buildings look one way, that building looks different, that building is cool.

Joseph Lowery is my favorite living Atlantan. Taking out my family members, because they're all legendary long-term Atlantans, I love Joseph Lowery. He's it for me. He's old. But when he talks, you listen. He's still an underappreciated American. I respect where his head and heart was — he never really used it for a platform to try and do other things. He was focused on the movement he cared about. He's going to keep doing it until he can't anymore. He never had a chip on his shoulder about getting as much acclaim as others, living or deceased. ... He was good to my father and grandfather. He remained good. I'm glad we still got him.

Atlanta's people are the weirdest thing about Atlanta. Atlanta doesn't get enough credit for how weird the people are. To embrace this place, you're constantly reconciling that's it's the South, but not the South; it's a big city, but not that big of a city; it's a black city, but it's not really a black city. It's all these different things that have created this populus that approaches the world a little bit differently. While a generalization, we're exposed to a lot of different types of people in a way that a lot people aren't, having lived in other places and talked to other people. People say that it's a different place with something as mundane as going to the airport, taking MARTA, and ending up Downtown. Or, in a 10-minute drive, going through seven different types of neighborhoods.

If you spend time in the city, you're kind of forced to take in all this, and it's difficult to do. I get why people choose to live here and stay here. But, why? Is it that the cost of living is good? Nice weather? I don't know.

Atlanta's motto should be "Atlanta, Georgia: Let Your Freak Flag Fly!" This isn't a good motto to be quoted. But I've found myself saying always that I'm not from Georgia, I'm from Atlanta. There's a lot of wishful thinking in that. There's a lot of Georgia in Atlanta. But Atlanta has found a way to have its own culture and world. That eliminates any chance for me to run for statewide office! As he answers this question, Browne pulls out a napkin from a Manuel's, draws a flag with the city's phoenix logo, and a motto. That's the motto of Atlanta: Let Your Freak Flag Fly! I'm going to commission this! It's art.