Atlanta according to Adron 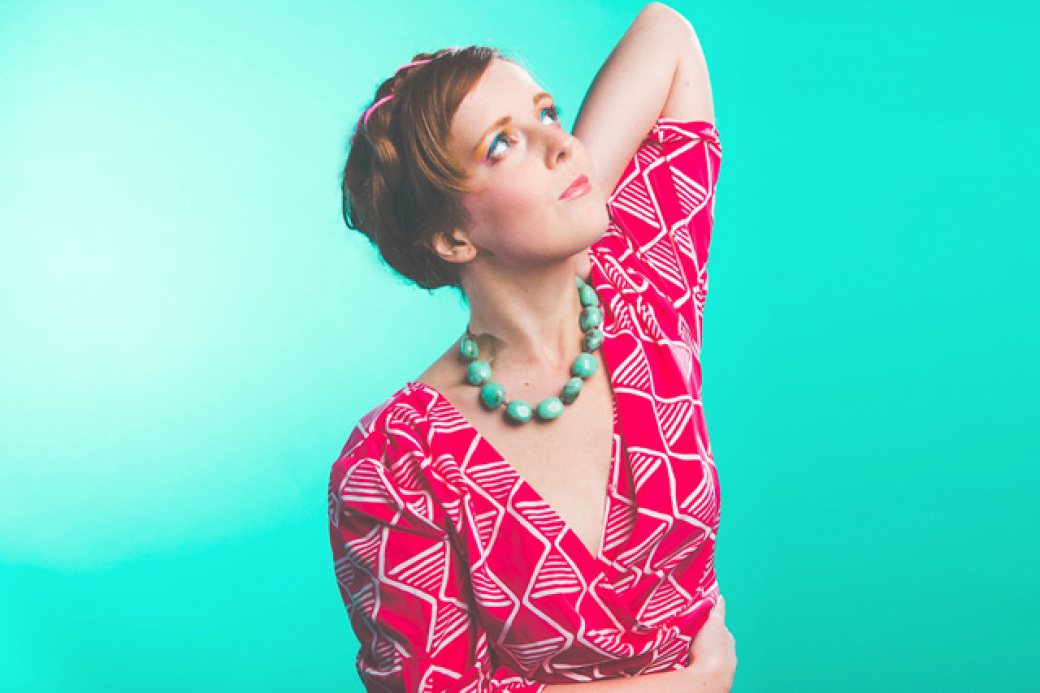 Adron is a self-taught maestro with a nylon-stringed guitar. She spent her formative years on the mean streets of Atlanta, and channels her experiences into a variety of capricious songs that are complex by design but resonate on a basic human emotional level. While spending time tidying her third proper album, Water Music, Adron took a few minutes to fill in the blanks about what she loves about her adopted hometown.

Decatur Cemetery is my favorite spot in the city to sit and have deep thoughts. It's beautiful and old and full of fond memories. I smoked my first joint there when I was 14. I've written more than a handful of songs there. I broke up with a boyfriend there. I once found a tiny plastic anatomically correct human heart there, which I carried around with me for years. I once played Ouija board with some friends there, and after being convinced we were speaking to the disembodied spirit of Jimi Hendrix, we saw a cloud in the exact shape of an erect penis. It's a good place.

_ has my favorite grits in town. Sorry, I was born and raised in Illinois ... Grits still don't really compute with me.

One Atlanta landmark that anyone visiting from out of town should check is: No one particular landmark, but I would suggest visitors keep their eyes peeled for Living Walls pieces, which are everywhere, and wonderful, and it's great fun to learn the whole taxonomy of Atlanta street artists and spot them everywhere you go.

_ is the best place to see music in Atlanta. Tough question. For sound, Eddie's Attic (usually). For diversity and quality of bands, Terminal West. For maximum possible fun, the Goat Farm. But there is no perfect venue in Atlanta. I will say we're all very excited about the upcoming opening of Venkman's, a Ghostbusters-themed music venue and supper club I hear the dudes from Yacht Rock are starting.

The best advice I have for an out-of-towner visiting Atlanta for the first time is to avoid tourist traps and all the big obvious "must-sees." If your recommendations for things to see are coming from someone who's never lived inside the perimeter, consider ignoring them altogether. Don't go to the Coke Museum, don't go to the Vortex, don't go to the Varsity, etc. Hang out with some locals and go to places that really feel like Atlanta. The music venues, the neighborhoods, Southern Comfort, Eats, Plaza Theater, Aurora Coffee, Friends on Ponce, Sweet Auburn district ... These places feel like Atlanta to me.

One thing for first time Atlanta visitors to avoid is the dolphin show at the Georgia Aquarium. Go to the aquarium if you must (some of the smaller exhibits are really quite beautiful and appear ethically stomach-able) but for god's sake don't do the dolphin show. It's the kind of vile combination of infantile stupidity and animal slavery and reality-denial and Disney-type musical spectacle that only Satan himself could concoct.

Something I know about Atlanta that nobody else knows is whose pool to sneak into after dark, and I'm not telling.

Aurora Coffee has the best cup of coffee in town. Who else? Not only a top-notch cup but also some of the best and most Atlantan conversation you'll find among coffee shop patrons and employees. The place has a true community feeling. Honorable mention however goes to a new spot in Kirkwood, Taproom Coffee, which is utterly bereft of the charisma and charm of Aurora, but the coffee really is excellent.

The first 3 words that come to mind when I think of Atlanta are trees, musicians, home. Why: There are a lot of trees here. There are also a lot of musicians here. I occupy myself almost exclusively with musician business, so in the back of my mind this city is defined by its musicians. I cannot think about Atlanta without thinking about the major characters who define (for me) its music culture (and I believe Atlanta still has absolutely no fucking clue how world-class some of its musicians are). Also Atlanta has a comfy little house in it where I live, so that comes to mind as well.

Summer is my favorite annual event. Summer. It's hot and sticky, and the surprise 20-minute storms of monsoon-level intensity are a daily occurrence, but I think it's just gobsmackingly beautiful. Especially at night. Summer nights in Atlanta are intoxicating (even when you're not intoxicated). What with fireflies and the deafening cicadas and the smell of rampant, unbridled blooming flora all over the place.

I guess I'll have to say Inman Park/Little Five Points are my favorite neighborhood. Inman Park is still beautiful and classy, Little Five Points is still obnoxious and dirty and creepy. And there's plenty to bitch and moan about if you live or work near there (in my case, both), and it can be a truly dangerous place, as recent events have shown. But it's just darned interesting, too.

Colin Agnew is my favorite living Atlantan. Best musician I know, best friend, best human. No question. Honorable mention goes to Robby Handley however because, while also among Atlanta's greatest all-around humans, I think he is both a cornerstone and a pot-stirrer in the local music community and it would never be the same without him.

How a city can be so tremendously fun and interesting and bustling with creative energy and worthy of admiration and respect, and yet still consistently fail to take its own artistic culture seriously, investing only in cookie-cutter sprawl and ignoring its own artists until New York notices them is probably the strangest thing I know about Atlanta.

I decided to make Atlanta home because I can't seem to tear myself away from the musicians here. Honestly. I fantasize constantly about moving to other cities, traveling, floating, trying stuff ... and probably one day I will. But I believe I will never find a better community of music makers with more talent and charm, and less ego and drama and bullshit than there is here. It's hard to imagine leaving that.

My favorite place in the city to commune with nature is Lullwater Park. It's huge, it's lovely, and it's right smack in the middle of Emory/Druid Hills and you'd never know it was there. Go inside and you can't even really hear the city anymore. And there are swans.