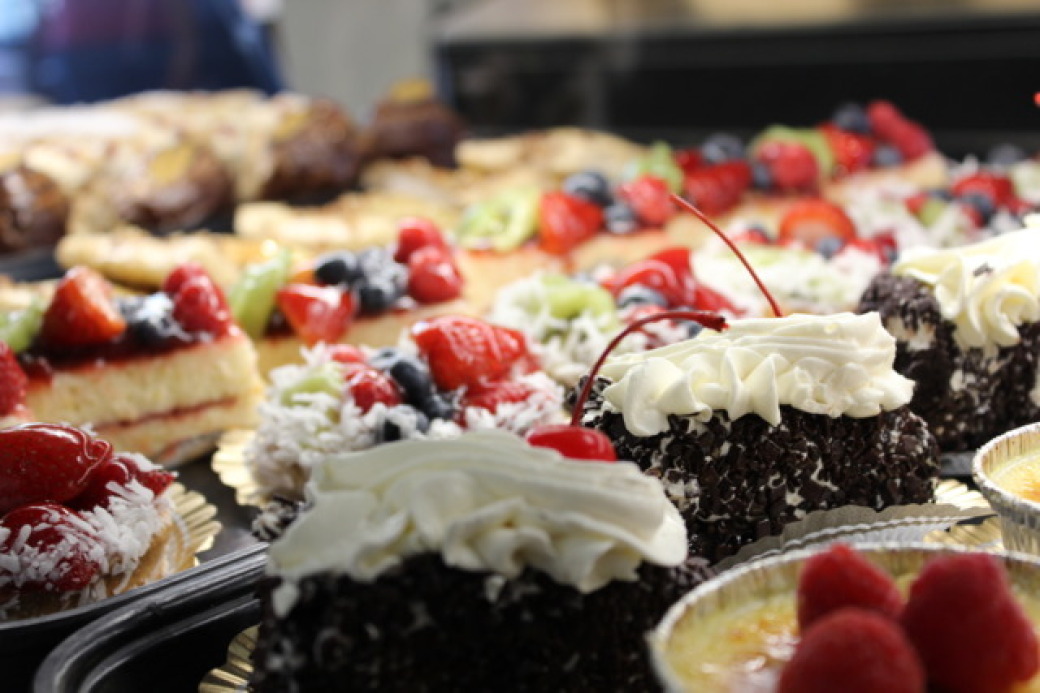 More news about Rize Artisan Pizza + Salads. Following the closure of the Poncey-Highland location, executive chef Edward Russell has taken over the Sandy Springs location (6050 Roswell Rd.). "Things have a way of working out in ways you didn't expect and now I'm a restaurant owner," he wrote in an Instagram post. "Rize will soon be no more, but we're not going out of business. I closed the store on Highland for a few reasons, but mostly because I can't fix two restaurants at the same time. And I live next door to the North Highland Rize. I can sum it up with 'I wouldn't have gone there if I didn't work there either.' So I now have a soon to be renamed pizza shop in Sandy Springs." Russell says to expect "some pizza, some good booze, and some great people helping."

Omni Hotel at the Battery announced that Hugh Acheson will open his eighth restaurant (third at The Battery) in early 2018. Achie's will serve Southern-inspired fare for breakfast, lunch and dinner. It will no doubt have delicious coffee as well.

Henri's Bakery and Caf̩, founded way back in 1929 by chef Henri Fiscus, has moved to a new home. On Thursday, they began serving at 56 East Andrews Dr., just a block from their old Irby Avenue location. The space, with a forthcoming outdoor covered patio and courtyard, boasts an expansive deli selection, a large banquette with individual seating and gleaming white subway tiles. Owner Anthony DiNardo noted, "Parking is much better, and the increased seating allows for an even greater experience."

Decatur's Iberian Pig is expanding to Mercedes-Benz Stadium and will open two outposts just in time for the Falcons' pre-season game on August 26. Ticket holders on the club level will be able to enjoy Spanish tapas on both sides of the 50-yard line with a menu featuring new and signature dishes like pork cheek tacos, a jamon serrano and cheese sandwich and their signature red sangria.

A third Gwinnett county location of Marlow's Tavern is slated to open in 2018 in the Peachtree Corners Town Center mixed-use development. CEO, executive chef and co-founder John C. Metz said in a release, "We've wanted to be a part of Peachtree Corners for quite some time, and this is the perfect opportunity to join this growing community."

Coinciding with October's annual James Beard Foundation benefit, Sunday Super South, Ponce City Market will host a pop-up art gallery. Atlanta Gallery Collective will showcase works in various mediums from 10 of the city's top galleries and a super cool photography show featuring portraits of James Beard Award-winning and nominated chefs and mixologists from Atlanta and around the Southeast, including Hugh Acheson, Sean Brock, Greg Best and Kevin Gillespie. The gallery will be in place this fall and winter.

The James Beard Foundation recently announced recipients of their 2017 Women in Culinary Leadership Program. Two local chefs, Nalina Mehta of Atlanta and Tanya Jimenez-Lee of Newnan, are among the 15 women set to participate in the prestigious eight-month paid mentorship program. Jimenez-Lee will complete a chef program overseen by James Beard Award winner Anne Quatrano (Bacchanalia) and Mehta will be paired with Kim Bartmann from Bartmann Restaurant Group in Minneapolis.

Pork and Barrel Saturdays are now a thing. Every Saturday through the fall from 11:30 a.m. to 5 p.m., chef Kevin Gillespie's team from Terminus City BBQ will serve pork barbeque and all the fixins from a pop-up lunch stand at American Spirit Whiskey. You can also pick up chopped BBQ by the pound and sides by the pint to-go.

A new location of Cook's Warehouse opened today (Aug. 18) in Chamblee's Peachtree Station at the intersection of Peachtree Blvd. and Johnson Ferry Rd. Expect to find a "state of the art culinary experience" when you enter. On Friday, Aug. 25 they'll host a grand opening party with food samples and special guest chef Ford Fry.

Meehan's Public House in Vinings wants to make Mondays less ... well, Monday-ish. From 3 to 8 p.m. every Monday going forward, appetizers like their Reuben egg rolls, H&F pretzel bites and pok̩ lettuce cups are half-off with purchase of an alcoholic beverage.