Fear of a Black Mecca: Dispatches (far) from the 2017 campaign trail 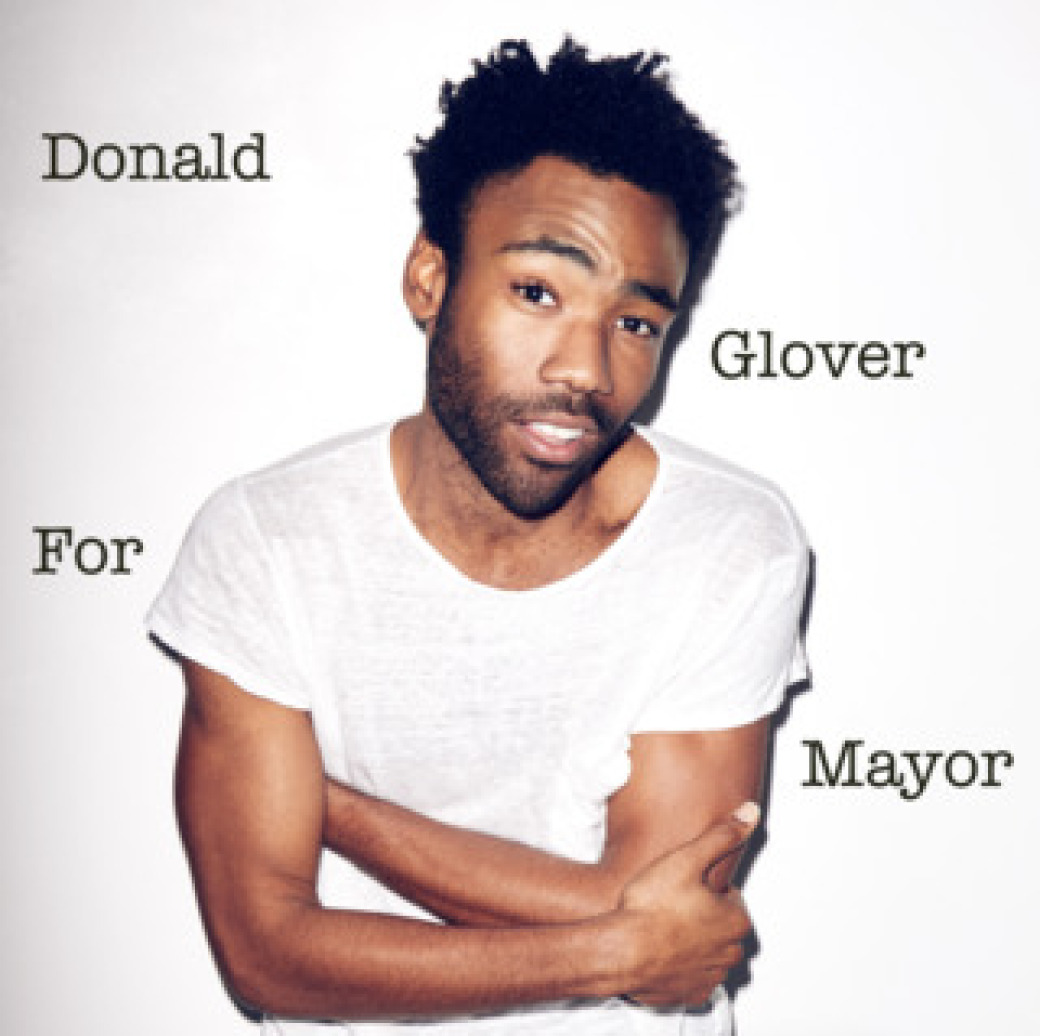 Despite leaving Atlanta months ago, I haven’t been able to take my eyes off my hometown. I’ve been curious to see how the city, and all its underlying racial hangups, might take shape during the countdown to the most important election in 44 years — the one that could bring the first white mayor since Maynard Jackson wiped that slate clean in 1973.

Like a lot of ATLiens, I have long been obsessive about black Atlanta’s impending erasure. And I say “impending” only because the city still looks and sounds as black as Colin Kaepernick’s raised fist from where I currently sit. Atlanta is still the capital of black cultural production, and sole purveyor of global pop culture by default. But I’ve been to the valley low, and I’ve seen the fading glory of chocolate cities transformed into latte capitals. It ain’t a pretty sight. And it’s happening all over the country. Atlanta’s not alone. It’s just the last holdout. The story of Atlanta’s future in the face of change goes beyond the city limits. Have you been to Washington, D.C., another former choc city, lately? Not even the neighborhood surrounding the historically black Howard University is cocoa anymore. Imagine that reality for the Atlanta University Center. If you’ve spent any time in the West End, or understand the investment dollars pouring into Vine City and surrounding westside neighborhoods, you know it’s coming.

Yet, somehow, the word “gentrification” has become more triggering than the actual process that actively displaces people of color. The cyclical devaluation and revaluation of a community is not a passive process. It is violence. And when the real estate market is built on a racist construct, the solution is deeper than black people bootstrapping up and buying back the block. Why do you think the property value rises when it’s owned by white people? It’s because the same thing happened to us as a people: As soon as white America could no longer lay legal claim to black folks as property, our value in this country plummeted, too. And when a majority black metropolis shifts, it’s not just the population that loses its color, but the culture of the city is also threatened. When I was growing up, everything about Atlanta was so black that I struggled to imagine the city from a non-black perspective. I mean, sure, they had Stone Mountain, the Big Chicken and the pride of Coca-Cola. But we had the rest. All black mayors. All black pop culture. Hell, damn near all the Braves’ best players were even black in the early ‘90s. It may have been superficial, but it felt like black lives really mattered in this city.

Dr. King’s utopian dream may not have been fully realized, but we aimed for the heavens and came up on something of a Black Mecca. Now anxiety looms over what the future of Atlanta may look like without at least the illusion of black identity, black culture, black possibility at the forefront.

I came back home to Atlanta last month, just in time to catch 2 Chainz at the Tabernacle. He’d broken his leg two weeks before starting his Pretty Girls Like Trap Music tour in August. But by a stroke of ingenuity, he’d decided to perform in a pink wheelchair — a pink wheelchair with gold-plated rims — while being wheeled across the stage by a candy-striper stripper. It was trap absurdity at its finest. Behind him stood a larger one-dimensional replica of the promotional pink trap house that broke records on Instagram and caused traffic jams to swell on Howell Mill Road this summer. It was a controversial look, no doubt, provoking allegations of exploitation. Chainz and his camp mitigated the criticism by making the house not just a one-stop photo op but a site for community service by providing free HIV screenings and church services. But of the hundreds of real trap houses on the westside, and countless scattered throughout the city, it was interesting to see so many people up in arms over a fake one. We’re so quick to condemn dope-boy music and culture without ever confronting the poverty that spawns it. That’s the real trap. The scandal, in the case of 2 Chainz, was over his bringing that symbol to the good side of town, instead of leaving it where society has relegated it to: the ghetto.

Needless to say, the 2 Chainz show was a helluva welcome. It gave me a lot to think about. But what I was really looking for during my Atlanta visit was an undisturbed sense of home. Well, that and Donald Glover.

I’d heard he was filming season two of “Atlanta” in the city, and I was hoping that mere coincidence would lead us to cross paths. I just wanted to see the set, to catch a glimpse of all the actors in character. It almost feels like the only place I can see the real Atlanta now is on TV. The real thing is fading that fast.

When Glover announced a few years ago his plans to produce a TV show called “Atlanta,” about a trapper-turned-rapper, half the city doubted his ability to pull that off with authenticity. Glover, who was raised on the eastside in Decatur and Stone Mountain, acknowledged it himself when he talked to CL just before the season one premiere. “I’m cool with people feeling like I shouldn’t have the mouthpiece to talk about Atlanta,” he said. “As a black man, I’m pretty good at giving my perspective, but a black woman’s experience in Atlanta is completely different from mine — extremely different. And a white dude’s experience in, like, Buckhead or going to Emory is probably completely different. That’s why it’s important to show how that kind of stuff intertwines. It’s all perspective.”

We got hella perspective in season one: from lemon pepper wet to Rice Street, from the bougie elite to the trans-racial. We even got the P.O.V. of a broke young hopeful named Earn who sleeps in a storage unit by night, like a modern day outcast. Donald Glover presented a more authentic vision of Atlanta than any politician running for mayor.

I’ve been waiting all year for this mayoral race to heat up, for somebody to talk about the real issues and what it means that the blackest city (metaphorically speaking) in the country — the city responsible for shaping the world’s idea of what it means to be bad (and black) and boujee — is on the very real verge of having a changing of the color guard.

Whenever I’ve caught glimpses of recent debates between mayoral candidates, the topic of race barely comes up. And when it does, it doesn’t pay any candidate — black, white or otherwise — to address the city’s color line with any honesty. Atlanta’s African-American population was 54 percent back in 2010, a decline of 7 percent since the previous census in 2000. Meanwhile the white population rose 5 percent. Given these numbers, it’s not hard to believe that when the next population census is taken in 2020, the black majority will have already been lost. So black candidates can’t afford to sound too black if they want votes. And, in a year where white nationalism is totally unmasked, white candidates damn sure don’t want to sound too white. Most of them are vying for the black vote, too. So we’re stuck with the Atlanta Way, where southern hospitality means more than congregating over hot-buttered biscuits or saying “hey y’all” to strangers on the sidewalk. It means speaking in hushed tones (or at invite-only functions) about race and the historical role it’s played in the cultural divisions and inequity that continue to plague the city.

Everybody’s prancing around the issues or patronizing voters by celebrating Beltline development or decrying the lack of affordability — both of which are political dog whistles for opposing constituencies of haves and have-nots. There’s a lot of talk about bribery scandals, tax liens, crime, and fear. And everybody’s promising to be less corrupt than political leaders of the past, which has to be the most low-bar campaign promise ever. But the race never quite reached the boiling point we’d all been awaiting.

It took months for me to realize that the thing I’d missed — the thing we’d all missed — was that the best speech of the entire campaign had been given by someone who wasn’t even running for mayor. Back in January, when Donald Glover took the stage of the Golden Globes to accept his awards for the TV show “Atlanta,” he did something not one mayoral candidate has had the balls or ovaries to do.

HARD TO EARN: Donald Glover packed more truth into season one of 'Atlanta' than we've seen throughout the entire mayoral campaign.Fabian Williams/Occasional SuperstarIn the middle of his acceptance speech in front of Hollywood’s elite, after shouting out Migos and their song “Bad and Boujee,” Glover reserved his biggest thanks for “all the black folks in Atlanta” for “being amazing people.” In a time when black people are taking knees and bullets trying to prove their worth in this country, it was the biggest blackest win of the year. And Atlanta is still reaping the benefit.

So what’s the future of Atlanta? A chocolate doughnut with crème filling? An Oreo sandwich cookie, double-stuffed with whiteness? Regardless of who or what color the next mayor is, the answer is yes. Yes, Atlanta will get whiter, regardless of who wins the election. And people will continue to get priced out. But voting black won’t save us. Voting white sure as hell won’t. What we really need is a return to authenticity in the mayoral office. We need someone who understands the value proposition Black Atlanta has contributed to the city. We need somebody in office who gives a fuck about us, our culture, and the capital it’s contributed to perpetuating this idea of the Black Mecca. That’s a value proposition no other city can claim — and it’s ours, be it true or false. We’ve attracted a wealth of commerce because of it. We’ve been a beacon of hope because of it. We’ve set global trends like some real international players.

But there’s a fight for Atlanta’s soul now and it feels like everybody’s losing. If it’s a lost cause, then why not vote for the creator of some fictionalized representation of who we are? There was more honesty in season one of “Atlanta” than I’ve seen over the course of this entire campaign. All things considered, Donald Glover may be the closest thing to the truth that we’ve got left. And in a city where the middle-class mythology has filled in for our real designation as the income inequality capital of the country, we need all the truth we can get.