Locals sound off on the mayoral race 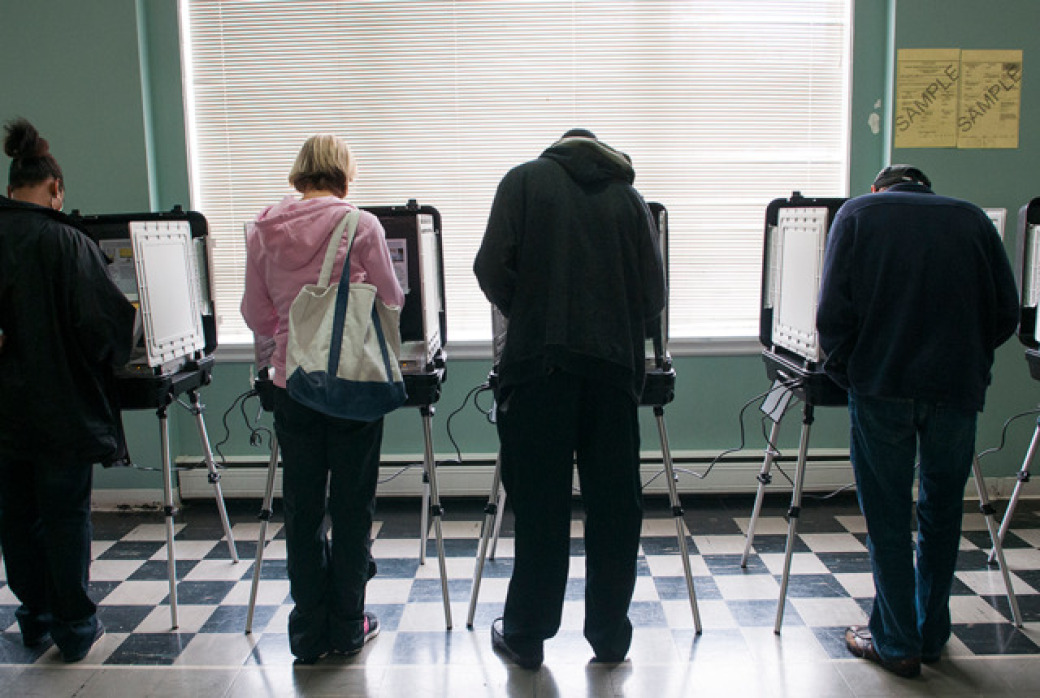 We reached out to individuals across the city and asked them who they are voting for in the mayoral race and why (or why not). We also asked them to tell us about the issues that are important to them. Responses have been edited for length and clarity.

Ed Garnes, founder of From Afros To Shelltoes
Atlanta has eaten its progressives. Greed has foreclosed on souls for mediocre football teams. Homeless have no hope as the city completes another round of table dances for big business. My good ole master's degree will not save me. My silence won't either. We could build forts of change on the ideals of affordable housing, prison reform, and livable wages but truth never wins elections. Grass roots boots on the ground ring louder than suits in suites. Politics is blood sport. There are no champions here. This is a vote of conscious. Are we the city too busy to hate or too corrupted to give a damn? I am casting my ballot for integrity and rooting for everyone disenfranchised to win.

Lauri Stallings, founding artist, glo
I am looking for a powerful moral force for good. We are the strongest city in the nation, but this is not for the reasons we think. It is because we have an opportunity which no other city has of moving beyond old concepts of race and class, and to create what we all have in our minds, King's dream. But this takes a long look backward whence we came and an unflinching evaluation. For an artist, this reflection is in the people. For an artist, this potential is found in tough stuff, tough histories, not the tearing down of these things. I want a mayor who is interested in revealing the beloved in Atlanta and she must know the fact that right now there is so much at odds, and our moral compass is so far off, this means there is no time to waste. The challenge to work out our city's salvation is in the moment, the time is now. If I had to vote today for Atlanta's next mayor, I would support Cathy Woolard.

Quianah Upton, food justice advocate at #ChopItUpATL/vintage magic collector at Arbitrary Living
Atlanta was once a Mecca where energy, purpose and initiative were rewarded. We need to ensure that vision and legacy is supported for every person in this community. We need to hold our officials more accountable to their elected task of service. This election is for the displaced people. The forgotten people. The real Atlantans. We need a leader who's not just talking, but committed to serving the people. With all of the corruption in City Hall it's so hard to believe in anyone right now. For me, it's too early to even make a decision for something so important, so I'm waiting for a runoff.

Hudson Rouse, owner/chef at Rising Son
To me, voting has always been about choosing the lesser of the evils. Vincent Fort is the least evil man (or woman) in this race. I don't believe in everything that Vincent Fort has voted for on his Senate record, but I also am trying to break the patterns of the past and make Atlanta a better city to live in. Right now, we attract young people and immigrants to come here and work, but we chew them up and spit them out and don't provide anything for them while they are here. I don't see any Atlanta as a place in which I want to retire, and I don't think many of my employees do either. We need to change this to better Atlanta for the future. Many of the initiatives that are before us now have been a long time coming, and there are many of us that shake our heads in disbelief because we have been in the dark ages for so long. Hopefully, leadership can move us into a forward-thinking mentality, and I think Vincent Fort is the best chance for that.

Tom Houck, founder and director of Civil Rights Tour Atlanta
Kasim Reed has been a good mayor. He will leave the city financially much better than he found it and has been a good face nationally and internationally for Atlanta. His record will show a growing city, so much so that thousands of millennials have moved into the city center. On the path forward, we have several excellent choices, good for us. Politically speaking, it looks like we are going to have a black/white face off in a run off. If we confront such a Thanksgiving to Christmas battle, I wish Kwanza Hall would make it. A long shot now, Hall is really the person who can deal with the business community, gentrification. income inequality and have neighborhoods from Bankhead to Buckhead on his side. Aside from Hall, my choice is Keisia Lance Bottoms. She would continue a face for Atlanta in these times that we so desperately need. I'm not going to make any predictions, just hopeful we will not turn back on 44 years of African-American leadership that has made our city the pride of the world.

William Perry, founder of Georgia Ethics Watchdogs
There are several good candidates in this race. I count several of them as my friends, but my personal choice is Cathy Woolard. I believe she will have the most open, honest, ethical, and transparent administration in the city's history. It is important for me to note that there is one candidate who would be a complete disaster: Keisha Lance Bottoms. If she is elected, the Kasim Reed pay-to-play form of bully government and self-preservation (and self-admiration) will continue. Just look at her campaign disclosure forms and you will see a Who's Who of contractors who won bids during King Kasim's administration). Atlanta cannot afford to elect Bottoms, or we will truly hit rock bottom!