The InCrowd cohort talks inspiration and her Burger Records debut 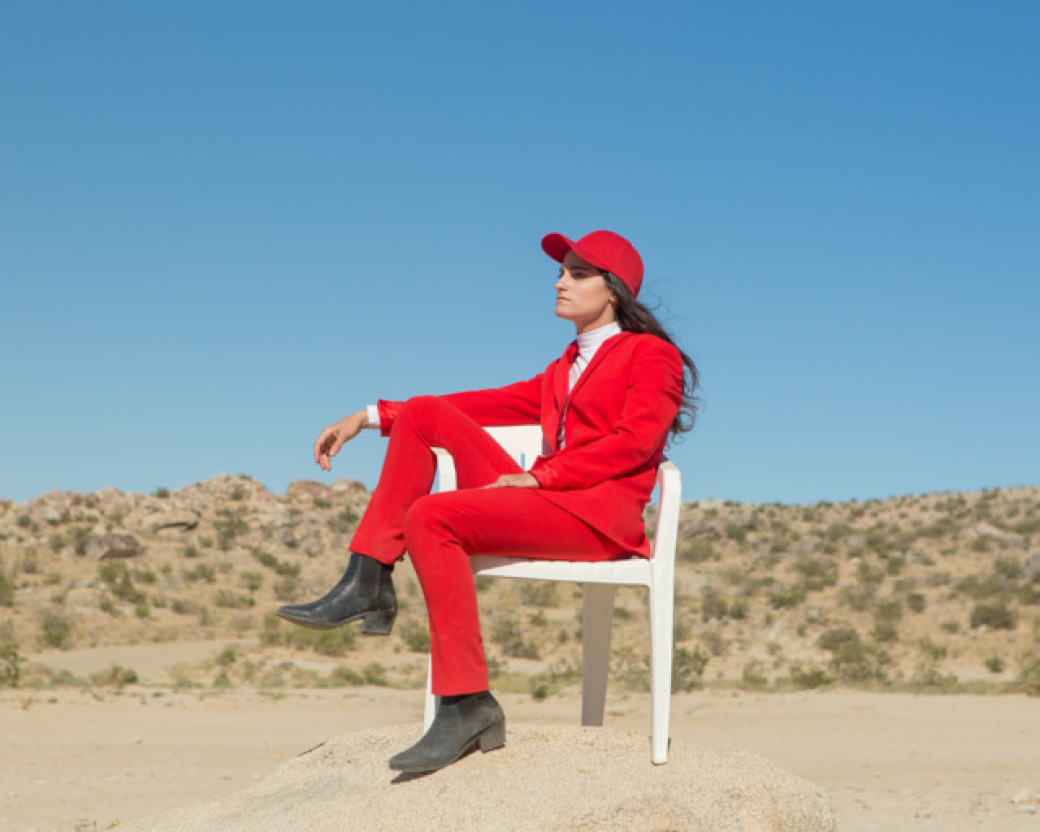 Mattiel Brown is a rising phenomenon in the Atlanta music scene. A lauded illustrator and designer by day, Brown's bold voice and sophisticated stage presence have wooed anyone within earshot since 2014, when she started working with the songwriting team of Randy Michael and Jonah Swilley before they called themselves the InCrowd.

Her latest release, the "Count Your Blessings" b/w "Whites Of Their Eyes" 7-inch arrives July 14 via Burger Records. It's Brown's debut solo offering, and with just two gorgeously constructed songs, her voice commands a seamless tapestry of '60s pop, soul and a rock 'n' roll swagger and self-determination that transcends time and place. Michael and Swilley composed the songs' structures before handing them over to Brown to write lyrics and melodies. With "Count Your Blessings" and "Whites Of Their Eyes," Brown's soulful delivery navigates billowing reverb and a bed of thundering rhythms, brass and stylish cinematic swagger. Each song reduces simple, familiar expressions to their vaguest notions, enough to pique anyone's imagination and make them their own. “Whites Of Their Eyes” 7-inch cover art by Sophie Wagman.


Tell me about the cover art on your new 7-inch.

My partner, Jason Kofke teaches art at SCAD. He went to SCAD Lacoste, in a little town in France, to do a printmaking class. One of his students before ever meeting me, and without knowing what I looked like at all made this monoprint in black and red ink. She did several of them. He chose this one to bring home as a gift because everyone agrees that it looks like me, even though it wasn't intended to look like me when she made it. The artist's name is Sophie Wagman.

And these songs are just a glimpse at what you have in store for an upcoming album?

Yes. both songs, "Count Your Blessings" and "Whites Of Their Eyes," are coming out on a full-length album in September. It's self-titled, Mattiel, and it's coming out on Burger as well. I just got the test pressing back a couple of weeks ago. I had a whole period of a year thinking, "I wrote these songs so long ago, they're not really part of me any more," but after listening to it again, I'm happy with it.

Do songs ideas come to you effortlessly, or is it a laborious process?

Sometimes if I'm not coming up with anything I'll use a random word generator Google and that might spark something. Some songs are harder to write to than others. Randy and Jonah might present a song with a structure that's really difficult for me and I'll spend three days trying to write to it, but I can't seem to get it to where I want it. Other songs I'll write in like 15 minutes. It's totally random to me, and it varies every time.

I feel like I've had some sort of training from listening to things over and over again, Like Peter, Paul and Mary. As a kid it was incessant I would just listen to one thing and nothing else, for months at a time. Later, there was a long period of time when I was absorbing White Stripes music and nothing else. For months and months that's all I listened to. I tattooed it onto my brain. I really like simple, fast, get it over with, great, let's move on to the next song now. "Whites Of Their Eyes" is a little like that, but "Count Your Blessings" is a little slower.

What inspired your lyrics for these two songs?

"Whites Of Their Eyes" doesn't have a whole lot of meaning, I guess. I remember this quote from reading about the Revolutionary War: "Don't shoot until you see the whites of their eyes." I imagined this because, as I heard the music that Jonah and Randy were presenting to me, it seemed like a battle scene type of song. So I wrote this based on what I remember from history class.

"Count Your Blessings" ... I was going through a really hard time because I had trouble with a skin condition that I don't often talk about with anybody. It's so personal. I was using a strong steroid cream from my doctor for eczema and it was really tough on my system. I didn't realize it was damaging my skin, and the doctor's office didn't care. They said "Oh just keep using it." Then I realized that my skin was becoming addicted to it. This is called Topical Steroid addiction, it's super weird. So I researched all this information on it and had to withdraw from using the prescription completely. That was extremely painful and it lasted for a couple of years. I had rashes all over and I couldn't get rid of them because my skin was in withdrawal and would go through cycles of flare-ups. It was awful. Finally, within the last year, I have recovered; my skin is normal now and I don't have any of those problems any more. So I was just telling myself that it's going to be fine, it's going to work out eventually, just count your blessings. It was the most difficult thing I've ever done, but I came out of it.