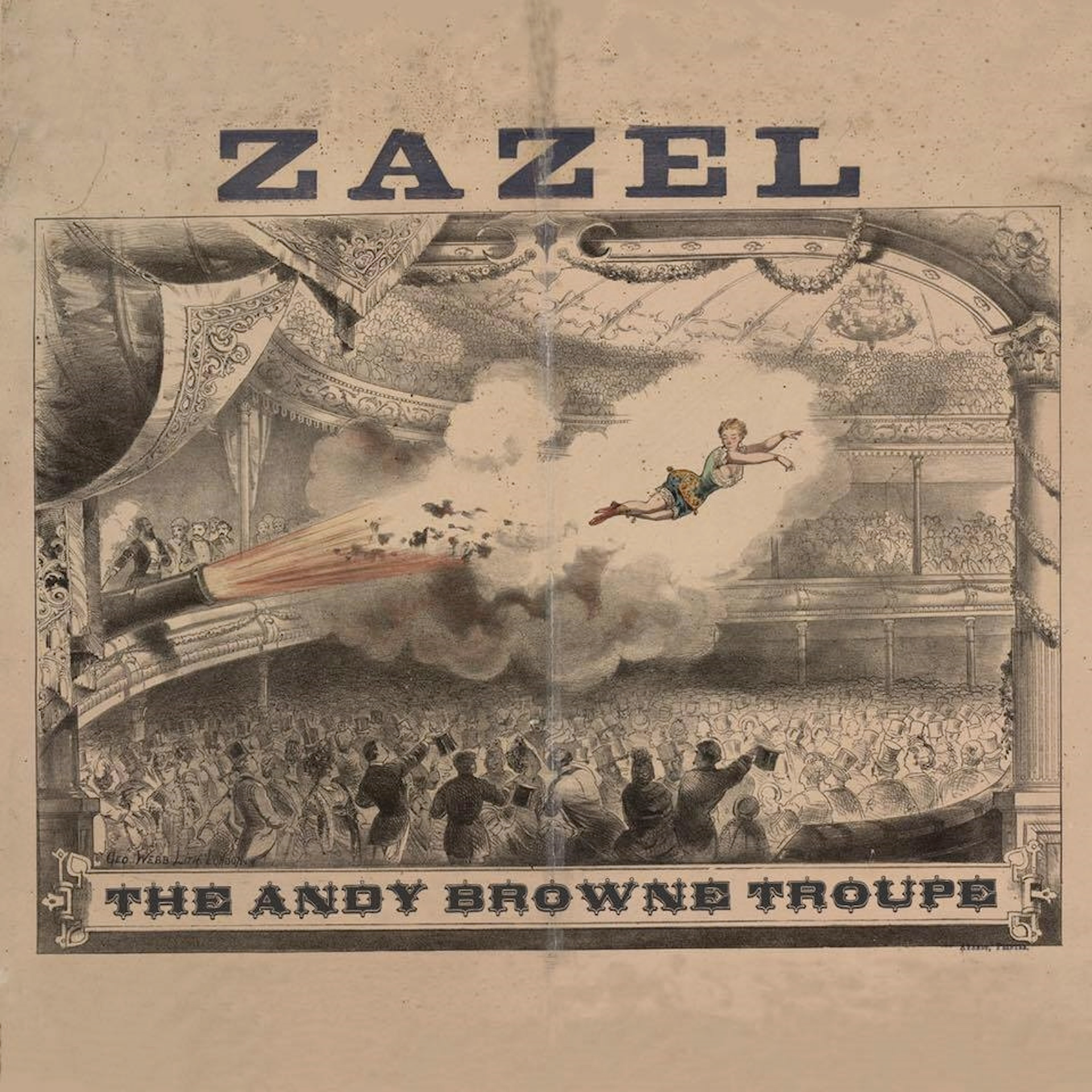 Photo credit:
Inspired by the 19th century exploits of a 14-year-old British girl often credited with being the first human cannonball, Andy Browne, the singer, guitarist, and songwriter best known as a founding member of Atlanta’s venerable punk-rock avatars the Nightporters, is touring in support of Zazel, the debut album by the Andy Browne Troupe.

“Zazel is everything,” Browne says. “I'm here to reintroduce her to the world and give away the keys to Houdini’s estate.”

In Zazel, Browne plays a dual role as a fiercely dissenting, frightfully sensitive alt-indie troubadour who meets a rabble-rousing, guitar-thrashing mad hatter for tea and a smoke before joining forces to rock the rabbit hole with clever verses and a heaping helping of Southern boogie. Songs such as “Sacred Cow” and “Southern Rain” reflect a wiser, tamer, more introspective Browne, while other tracks, such as “Ida Lupino” and “Of Human Bondage,” render a harshly critical if not entirely pessimistic portrait of the 21st century social milieu.

Browne, first and foremost, is a rocker, raised on Chuck Berry, Rolling Stones, Velvet Underground, David Bowie, and the Ramones. His music holds a few sharply honed edges, which can be traced to the art-punk scene that spawned the Nightporters, and also bears painful evidence of life’s bruising nature, and even a knockout or two. Through it all, the Andy Browne Troupe plays seriously tight, unpretentious, kick ass rock ‘n’ roll. Their likes and kinds have been seen and heard before and it’s great to have them back.