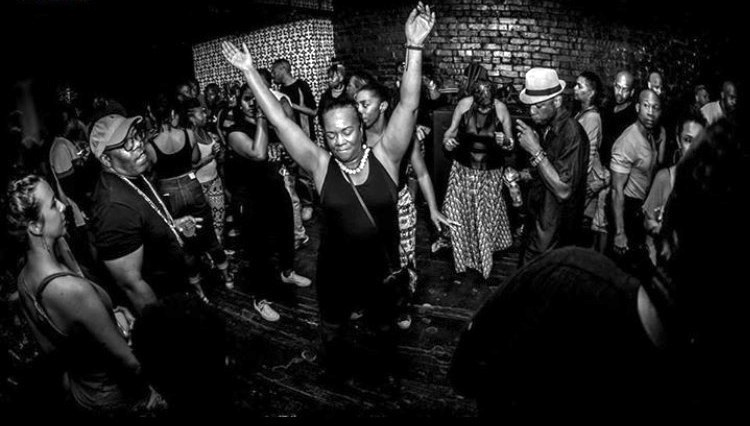 Tambor takes cross-country to a different level. For years, the drum-inspired house music event has formed connections with luminaries from Chicago’s Chosen Few to the U.K.’s Black Coffee and Zepherin Saint.

The Paradise Garage is celebrated alongside seminal venues such as Chicago’s the Warehouse for helping form the foundation of the worldwide sound that came to be known as house music.

Helmed in the late '70s through the late '80s by DJ Larry Levan, the Garage was born during the tail end of disco when the music was still grooving and there were still sights to behold among the crowd. Think of a massive Soul Train line that packs the club to the walls, with music that’s undeniably danceable, and patrons paying no heed to what ethnicity box you check or which gender you prefer to kiss — all gathered to be moved by the music.

Since Tambor has a similar aim, this is a worthwhile celebration.

This will be the first time members of the original Paradise Garage crew have graced a DJ booth here in the South. Listen for how Llanos and DePino play to the old-school heads while pushing forward with what’s hot now. Zeff also spins his unmistakable blend of tribal-tinged beats.

ATL Greenhouse goes down at Piedmont Park on Saturday with house music for all | more...

MC battle of the sexes pits some of the best indie rappers from the ATL and NC on Saturday at Apache Cafe | more...