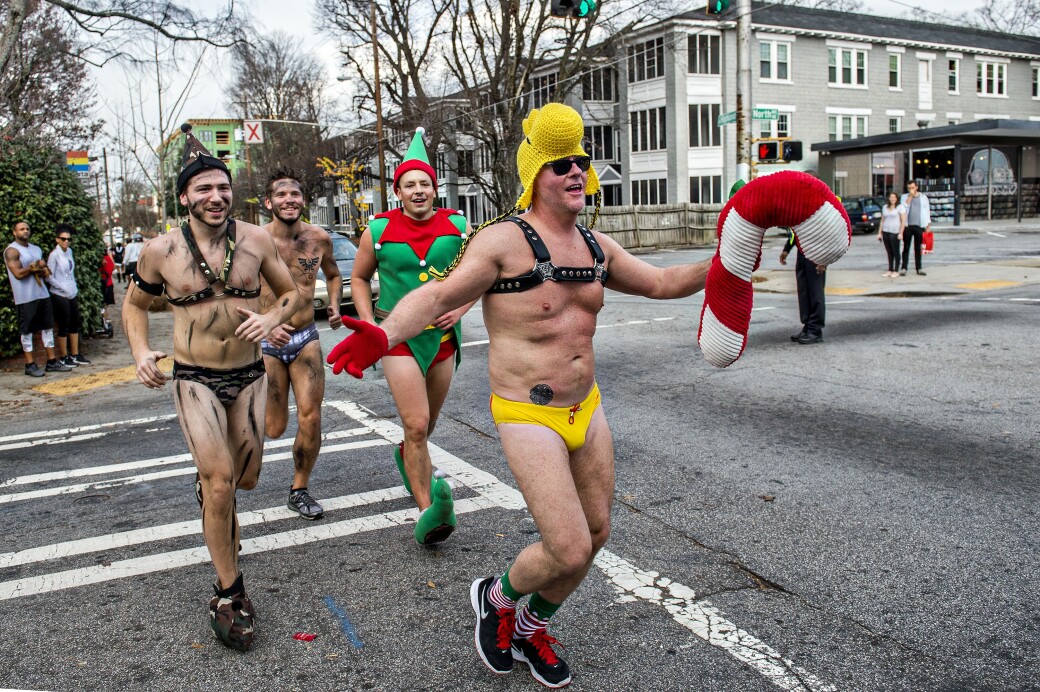 Photo credit:
Over the holidays of 2010, Shawn Whitman’s partner Jeffrey Keesee coerced him into gallivanting up North Highland Avenue in a speedo for 1.5 miles. Despite the chilly weather and revealing bathing suit bottom, Whitman had a blast. He and Keesee have attended the Atlanta Santa Speedo Run annually since. This year, they joined its board.

The Atlanta Santa Speedo Run (ASSR) doesn’t just disrupt traffic with nipping harriers for the sake of flamboyance. It draws attention to the event’s purpose: to raise $100,000 for a charity that benefits children and teenagers. The ASSR board selects a different beneficiary each year. They solicit applications in late winter, narrow the finalists to three and conduct site visits to determine the recipient. “We focus on local charities that would be hugely impacted by a $100,000 gift,” Whitman says. Instead of merely receiving a check, the chosen donee is equally involved in fundraising and event promotion. Plus, the organization usually provides volunteers to help with day-of logistics like check-in.

Instead of receiving the proverbial race t-shirt, participants must raise at least $250. Whitman already has exceeded that number six times over. “Encouraging people to donate was easier than I initially thought it would be,” he says. Seriously — only a scrooge would rebuff a fundraiser involving half-naked joggers and the betterment of disadvantaged youth.

This year’s charity is CHRIS 180, a nonprofit that supports children, young adults and families who have experienced trauma. Its resources include counseling, safe housing, adoption services, and training on child abuse prevention and LGBTQ awareness. As part of the application process, candidates specify how they plan to use the gift. CHRIS 180 intends to put the money toward covering teenagers’ basic needs like MARTA cards and food so they can stay in school. “It’s one less thing for these kids to worry about,” Whitman says.

This year, Whitman expects more than 100 runners to streak through the street, from Manuel’s Tavern to Yeah! Burger and back. The run’s high-trafficked route and non-competitive nature will encourage engagement with curious or taken-aback passersby. “Drivers honk and wave,” Whitman says. “That’s what this is about: spotlighting a charity that does amazing work.” 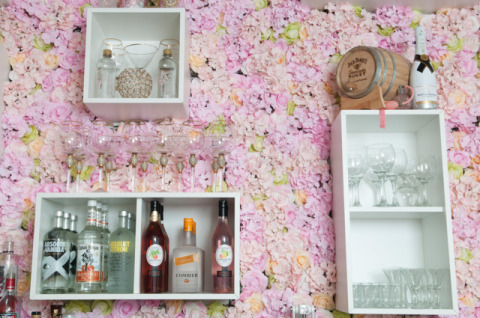 Program offers residents in-depth culinary training - and for some, a second shot | more...

Filmmaker provides a space for artists to express their Latinidad | more...

Pop-up photo show will make you book a trip Article

F*ck It... I'm Out finds Atlanta photographers on the loose after 'shroom-induced camping trip | more...

Put a bling on it Article

Atlanta is a key player in the nail art scene, and the women who wear it carry tiny canvases all over our city | more...
Search for more by Bobbin Wages