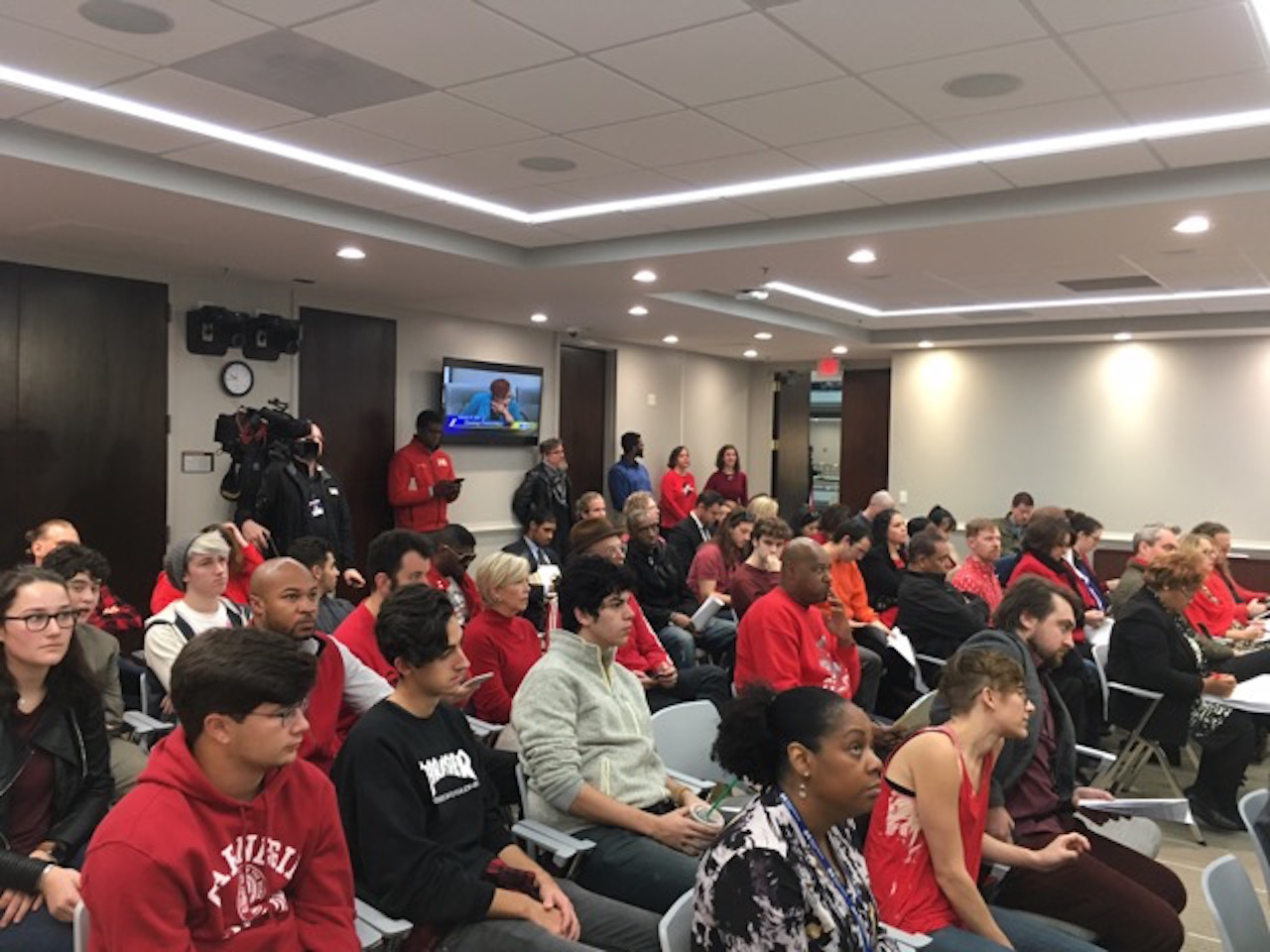 A City Hall effort regulating music recording studios in Atlanta is heading to City Council for a vote.

Members of the Atlanta City Council’s zoning committee recommended on Jan. 11 that the legislation placing restrictions on where studios could operate go before the full council. Most council members in the zoning committee voted “adverse,” which indicates a strong recommendation to turn down the proposed legislation introduced by City Councilmembers Felicia Moore and Andre Dickens. The City Council will vote on Tues., Jan. 17.

"'Adverse' is pretty much the strongest language that can be used to show that council members are against it,” Moore says. “Collegially, we usually say we're going to ‘file it.’ That’s the friendlier way of saying we're going to kill it.”

Sound Studio Ordinance (Z-16-069) was created to curb incidents of violent crime, including murders, that have happened in a few local recording studios over the last few years. The ordinance would create zoning restrictions around recording studios operating within the city limits. Under the legislation, studios would have to obtain a special use permit and could not operate within 300 feet of a residential building. The proposal originally recommended studios could be not within 500 feet of the residential district line to the line of the parcel where the studio is located.

Many studio owners and others working within Atlanta’s music industry feel the ordinance is misguided, heavy-handed, and fear it will place constrictive rules on an industry that’s already struggling to keep a foothold in Atlanta.

During the meeting, Moore appeared before the committee on behalf of her proposed legislation. Chairman Carla Smith, Keisha Lance-Bottoms, Kwanza Hall, Howard Shook, Alex Wan, and Joyce Sheperd were in attendance. Councilmember Mary Norwood was absent.

Members of the public were not allowed to speak, but many in attendance wore red shirts to protest the proposed legislature. Graham Marsh of the groups CLAVVS, Mala Sharma of Georgia Music Partners, Silent Sound Studio owner Thom "TK" Kidd, and other music scene fixtures attended the meeting.

“I wanted to show solidarity with my friends and colleagues in the recording industry, and make a visual statement to the Council men and women of the Zoning Board that I vehemently stand opposed to this legislation,” Marsh says.

Smith, Hall, Wan, and Bottoms voted “yes” to “adverse,” which is essentially a recommendation to vote the legislation down during Jan. 17’s full City Council meeting. Sheperd abstained. But even though the Zoning committee recommends the measure be voted down, Council could vote to turn Moore’s legislation into law. Eight votes are needed to stop the ordinance from passing, and Moore expects to see Sound Studio Ordinance (Z-16-069) voted down. “There is a lot of passion coming from the music industry,” Moore says. “I understand some of it. The industry clearly doesn’t support it. The administration is opposed to it — the Mayor is opposed to it — I don’t expect it to change." she adds. "But 19 of the 26 NPUs did support it, so the community understands what I’m trying to do. So as these issues start coming up again I’m just going to refer people over to Mr. Hall and let him work it out with them.”