Secrets, legends and fun facts about some of Atlanta's winding roads 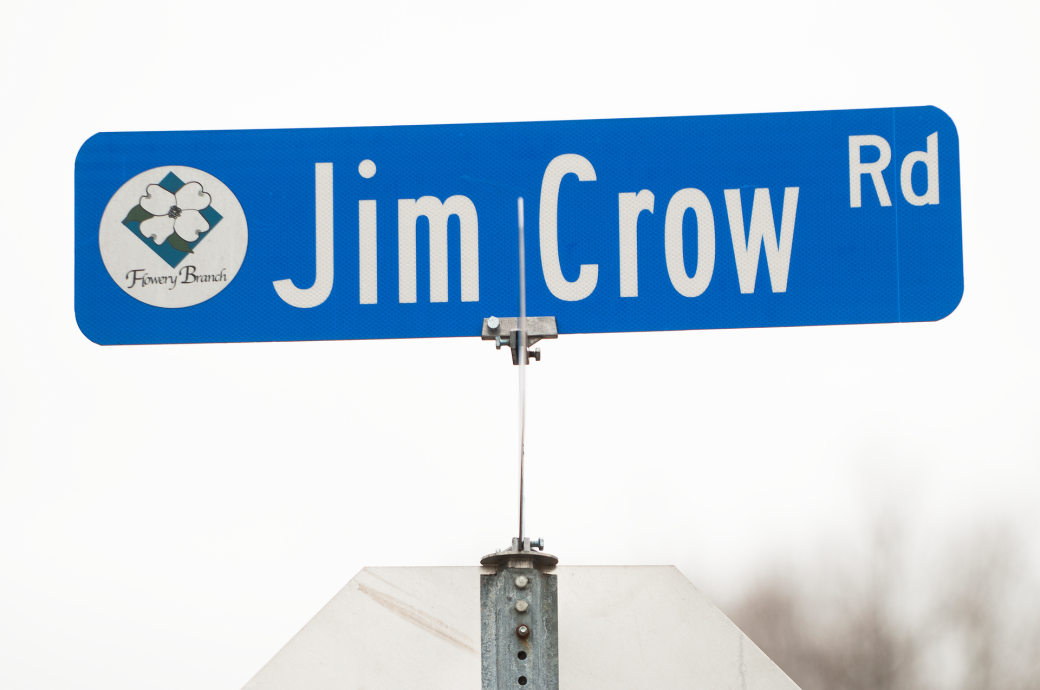 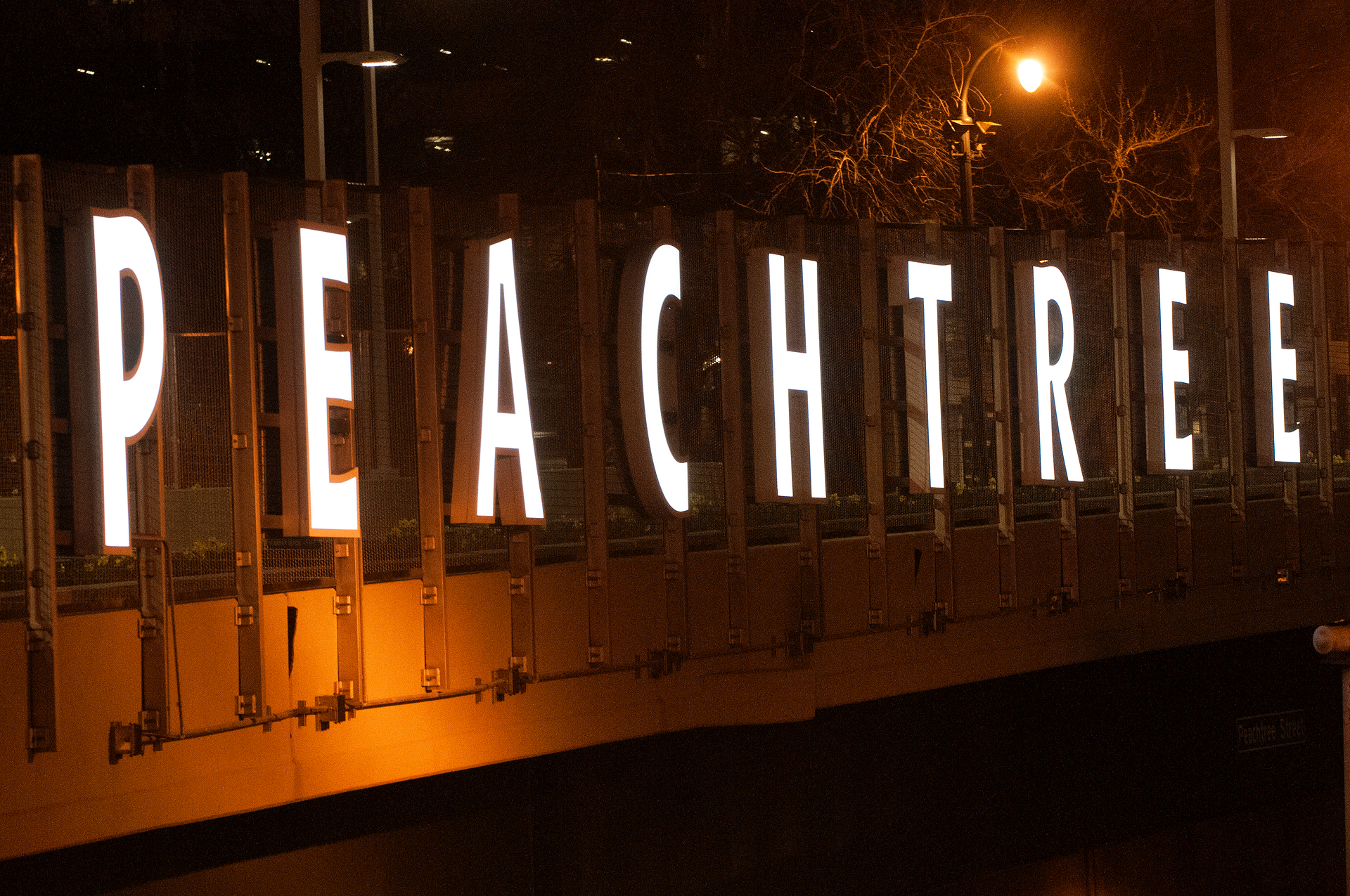 Peachtree - With about 31 city streets utilizing a variation of the name “Peachtree,” one question springs to mind: Why Peachtree? The answer has a few theories. The most popular tale is that the Creek Indians, who represented the majority of all Georgians up until the 1760s, set up a village at Peachtree Creek and the Chattahoochee. Legend has it the village was originally called Standing Pitch Tree after a pine tree that was struck by lightning at the top of a ridge causing sap to run down it, hence the name Standing Pitch Tree. White settlers supposedly misunderstood the pronunciation and so, over time, the name Standing Pitch Tree became corrupted into Standing Peachtree. This theory is presented as one of several in Franklin M. Garrett’s book Atlanta and Environs, published in 1954. This story makes a lot of sense particularly because pine trees are indigenous in Atlanta while peach trees are not. In fact, peach trees do not grow well at all in Atlanta. An argument against this theory says the area was always called Standing Peachtree; this idea is supported by the fact that the name Pitch Tree does not appear on any maps or archival documents from the era, according to Donald Rooney, director of exhibitions at the Atlanta History Center. Based on this evidence, the History Center posits to the theory that it is Peachtree and not Pitch Tree as the name’s origin. “We know from archival evidence that the Creek Village was Standing Peachtree,” he said, adding, “I can’t tell you if peach trees were there.” 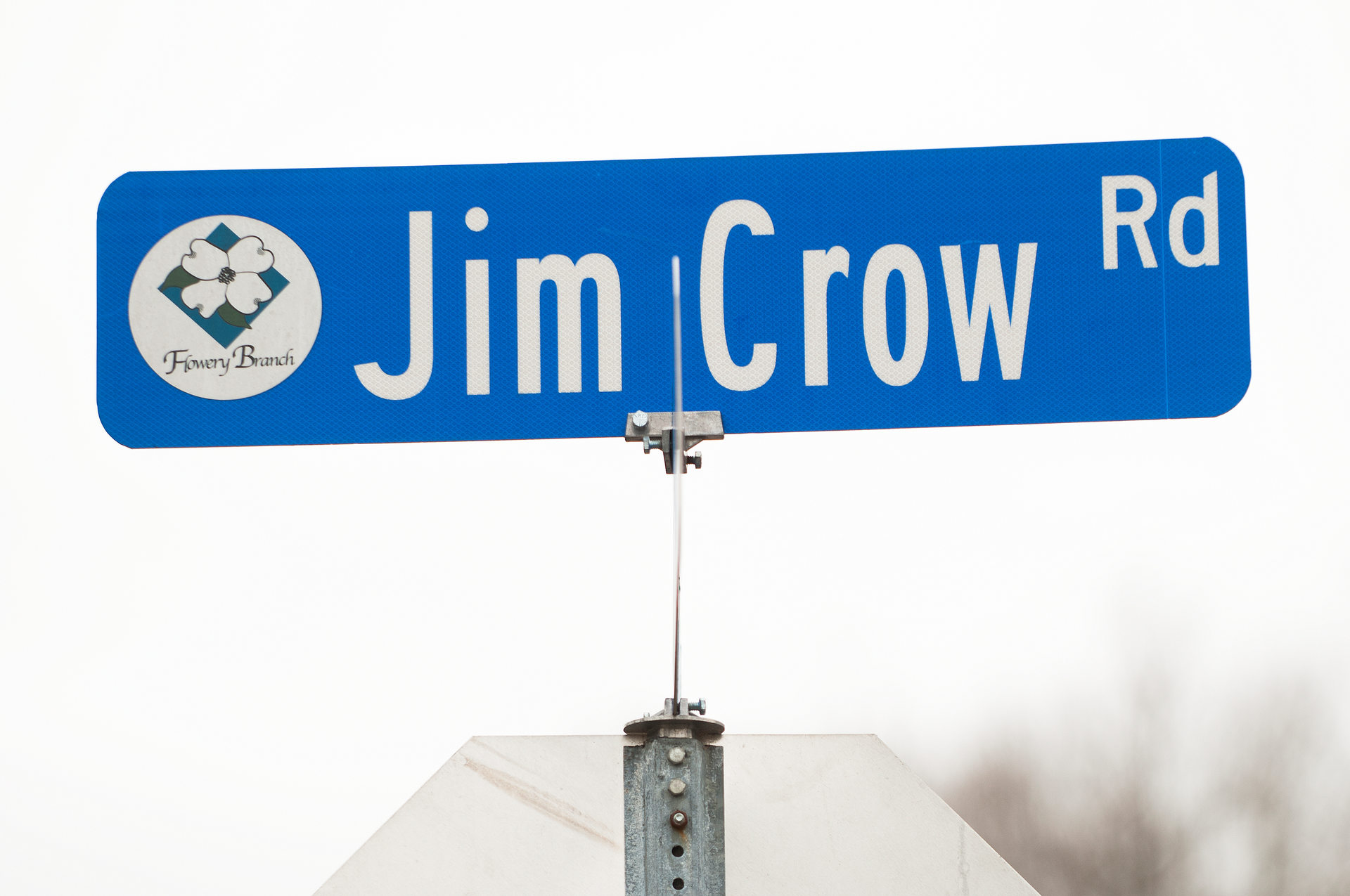 _Jim Crow Road - __About a mile and a half from the Atlanta Falcons headquarters and training facility in Flowery Branch, Georgia, is Jim Crow Road. The road runs for about two miles ending at the banks of Lake Lanier. Although our phone calls questioning who the road was named after were not returned, Jim Crow is best known as the moniker given to laws in the South that legalized discrimination and enforced segregation from the late 1800s until the mid 1960s. Before the laws, however, Jim Crow was actually the name of a song and a character created by a white man named Thomas Dartmouth “Daddy” Rice and performed starting in the 1830s. According to an 1881 New York Times article, Rice based the character on a slave named Jim Crow who was described as “very much deformed, the right shoulder drawn up, the left leg crooked and stiff at the knee giving him a painful, if laughable limp.” Rice was hugely successful performing with his face darkened: His exaggerated, stereotypical farcical black character became very popular to white audiences and the name Jim Crow began being used as a derogatory term for a black person. A 2015 National Geographic article cites an 1899 story in a North Carolina newspaper titled “How ‘Capt. Tilley’ of the A. & N.C. Road Enforces the Jim Crow Law,” as one of the first documented uses. 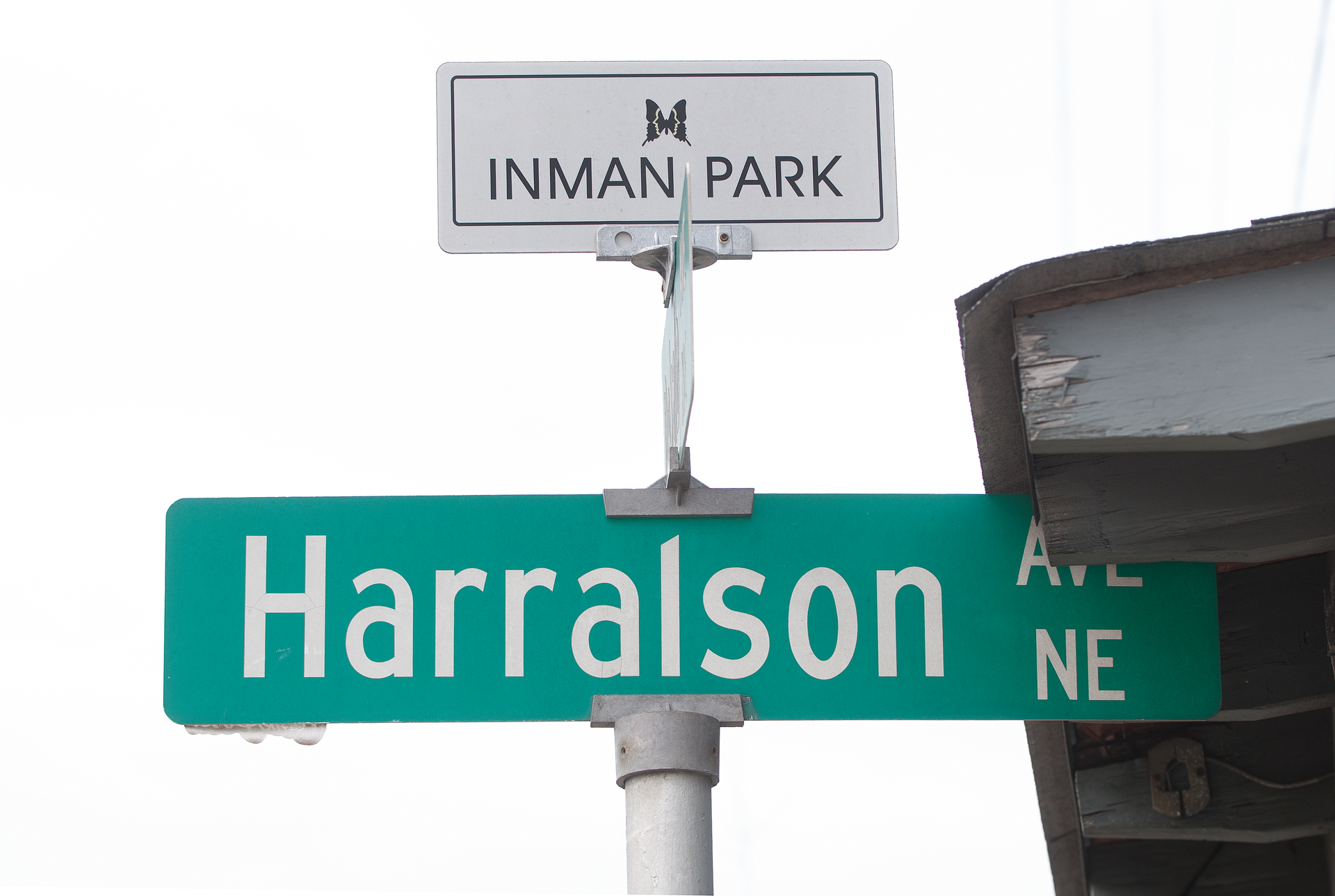 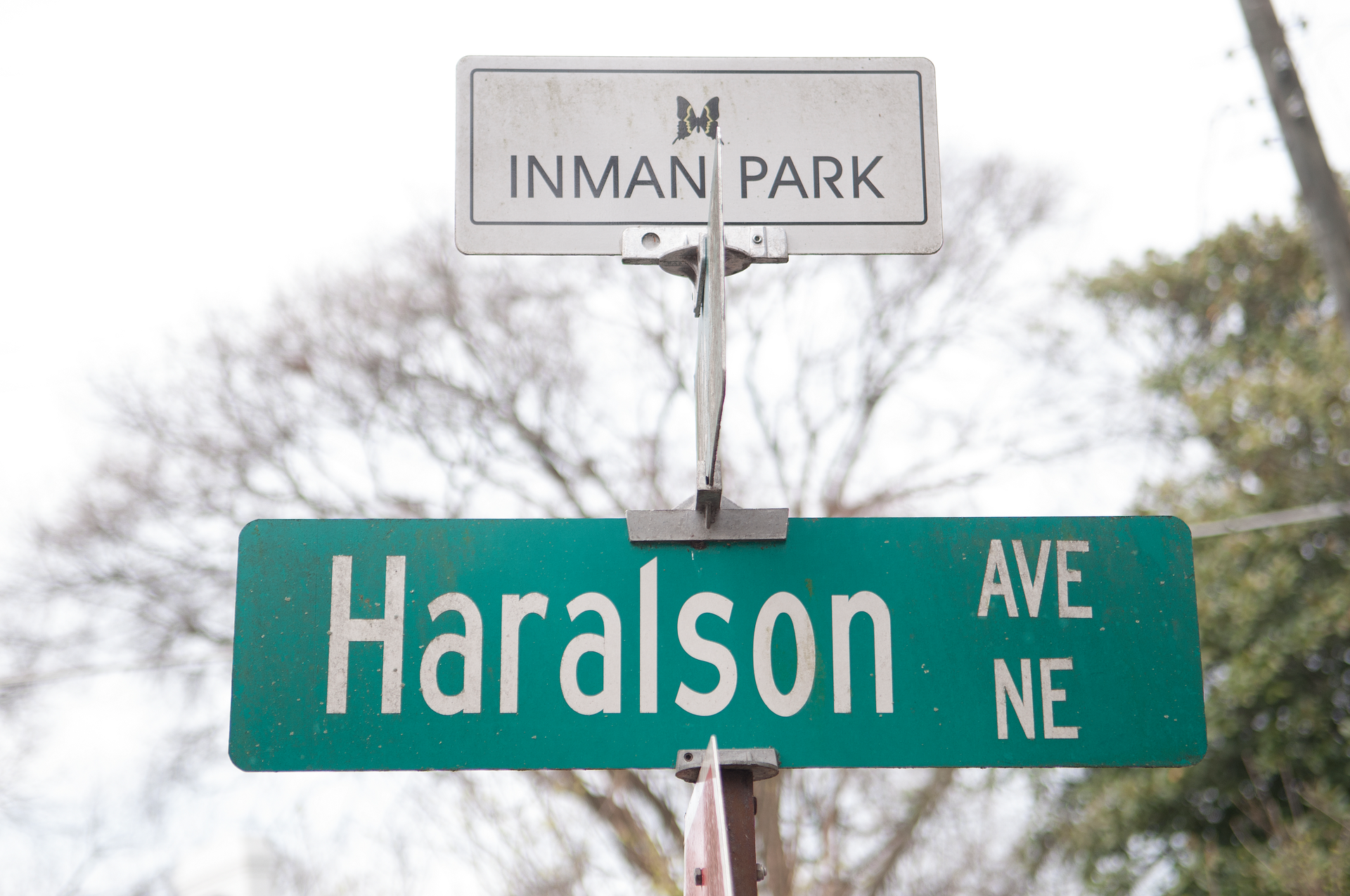 Haralson — or Harralson Avenue N.E., depending on which street sign you read — takes up one single block in all of Atlanta. The block runs between Alta and DeKalb Ave in Inman Park. For at least the past 10 years, the Inman Park-area street has sported two different spellings on the two signs on either end of the street. This seems like a major mess up — so we reached out to the city to ask what to make of the two spellings. The operator seemed to be as surprised about the two spellings and admitted that it was a mistake: “It should be spelled with one ‘r.’“ City officials emailed us adding: “DPW will correct the sign at DeKalb Ave within the next two weeks.” So if you want to see this error, better hurry. 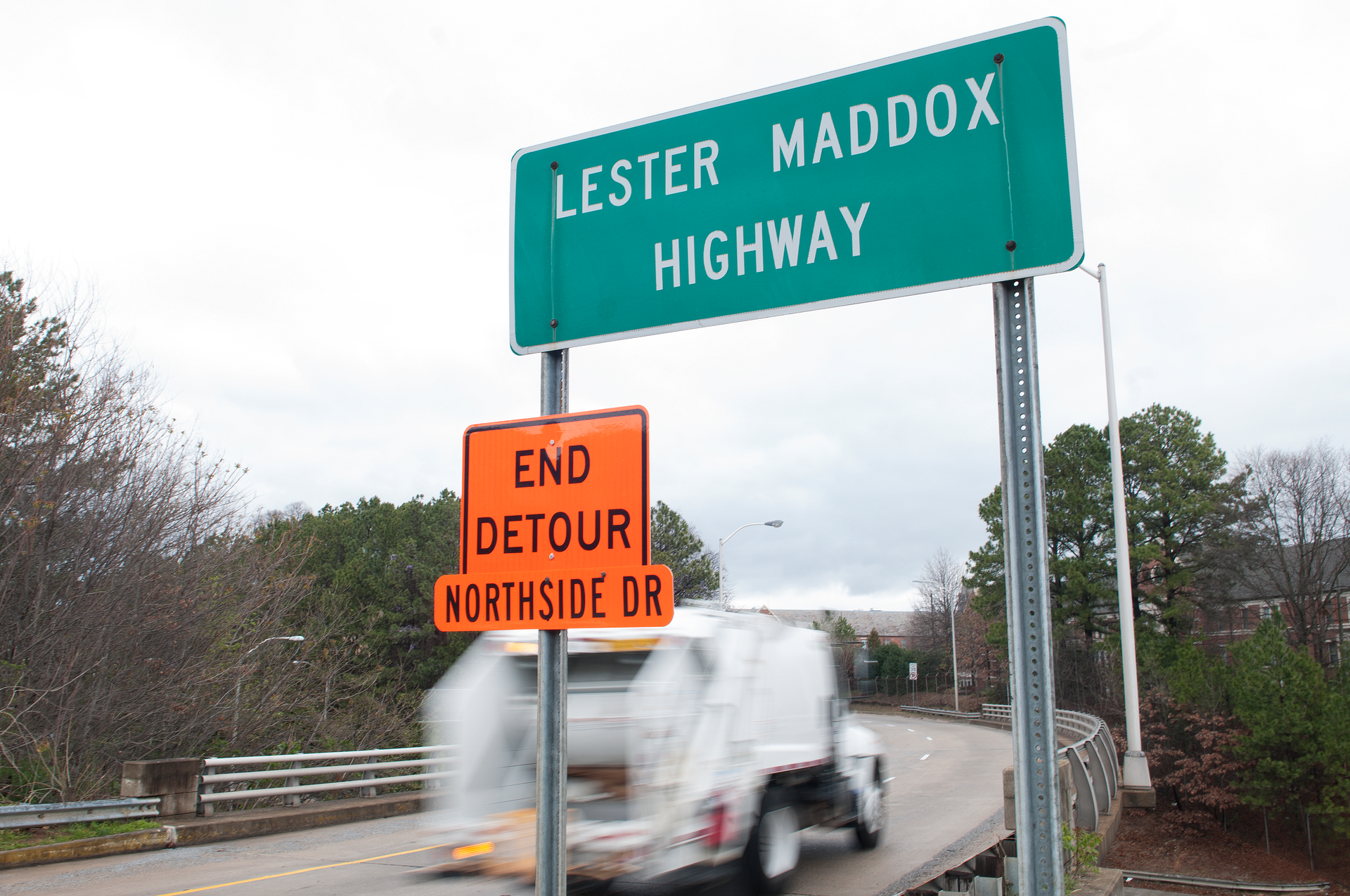 Lester Maddox - On July 3, 1964, the day after the Civil Rights Act was signed into law by President Johnson, Atlanta restaurant owner Lester Maddox gained the national spotlight when he refused to allow three black students into his Atlanta restaurant, the Pickrick, on Hemphill Avenue N.W. Maddox was reported to be toting a gun, and other patrons used pick handles, which Maddox sold at the restaurant, to intimidate the black men and force them away from the restaurant. Maddox eventually sold the restaurant rather than serve black people. Because of his refusal to serve African-Americans, he rose to prominence in Georgia. This propelled Maddox, viewed as an arch segregationist, to the governor’s mansion in 1966. Georgia has chosen to recognize him, with not one, but two streets named in his honor: the Lester Maddox Highway, which starts at Marietta Street and Northside Drive on Atlanta’s west side, and the Lester and Virginia Maddox Bridge on I-75. 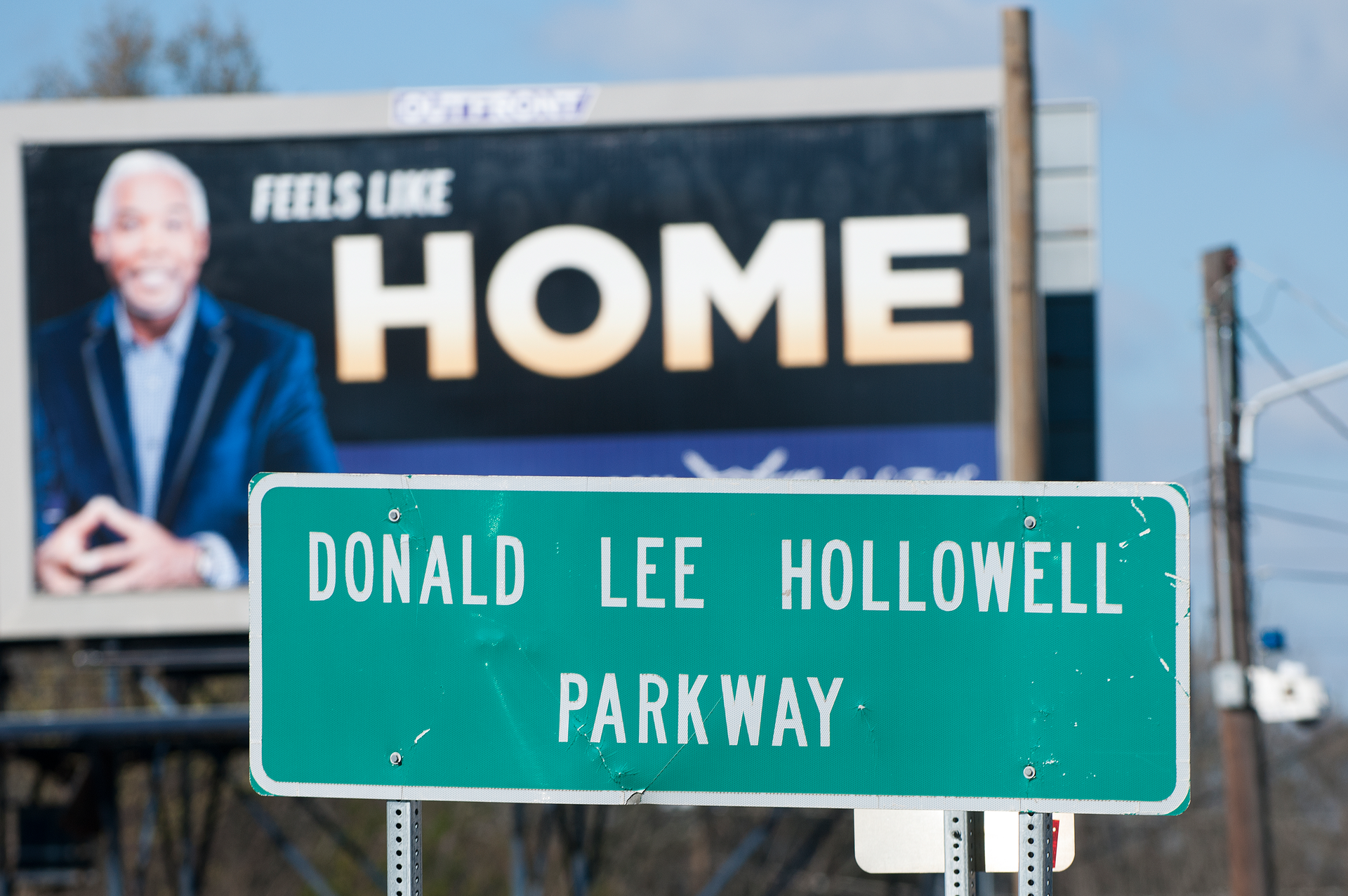 Donald Lee Hollowell Parkway - Donald Lee Hollowell Parkway N.W. was named after an Atlanta-based civil rights attorney who took on many important cases, which led to greater justice in Georgia. One of his biggest was the landmark case that led to the desegregation of the University of Georgia in 1961. He also represented the Rev. Martin Luther King Jr. in a number of cases, including winning his release from Reidsville State Prison in 1960 after he was arrested for participating in a sit-in at Rich’s department store in Downtown Atlanta. Hollowell also helped successfully defend Preston Cobb, a 15-year-old black youth who was sentenced to die in Georgia’s electric chair, leading to legislation that lifted the age of capital punishment in Georgia. Some people want the street name changed. After the September 2016 death of rapper Carlos R. Walker, aka Shawty Lo, a petition was started to change the name of the street to Carlos R. Walker Parkway. The petition argued that “Donald Lee Hollowell is a thing of the past” while Shawty Lo was very active in his Bankhead community — so much so, that neighborhood locals honored him by naming him the "King of Bankhead.” Two weeks after his death, the petition had received more than 5,500 signatures and was sent to Mayor Kasim Reed, according to Mecy Washington, the person who started the petition. “I did submit the petition to the mayor’s office,” she wrote to Creative Loafing, “but never heard anything back, of course.”