Most films to date in the Marvel Cinematic Universe follow a flawed, frequently privileged white guy like Tony Stark as he learns to accept responsibility. And the Marvel movies aren’t alone – it’s as if superhero movies want to inspire those viewers that need the least amount of inspiration... 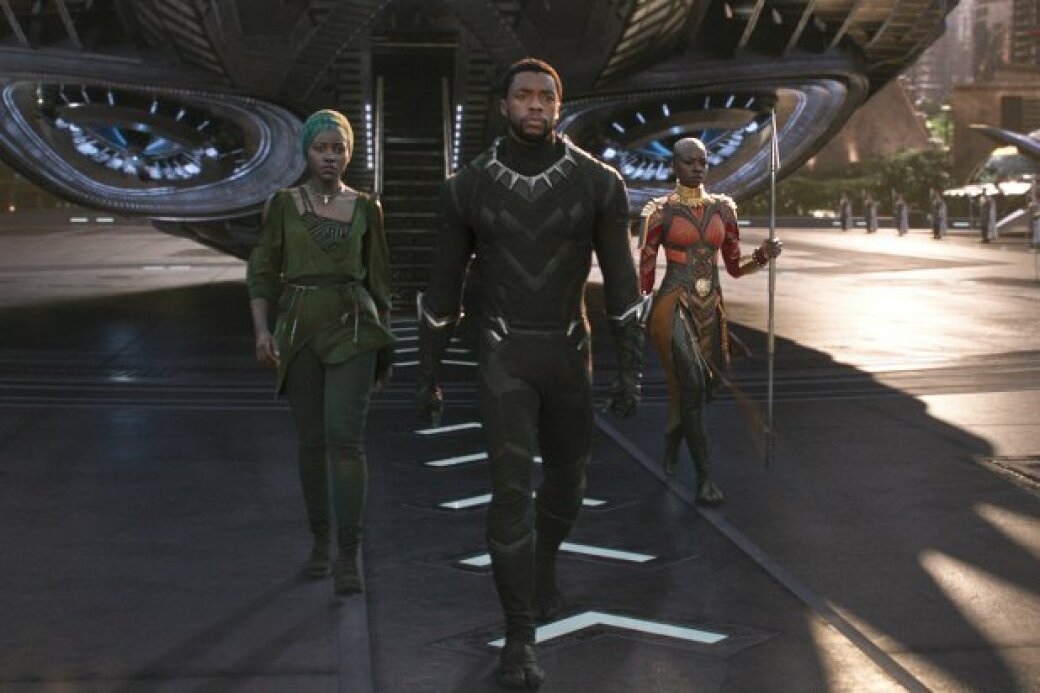 Most films to date in the Marvel Cinematic Universe follow a flawed, frequently privileged white guy like Tony Stark as he learns to accept responsibility. And the Marvel movies aren’t alone – it’s as if superhero movies want to inspire those viewers that need the least amount of inspiration. Meanwhile, significant audiences have hungered so see themselves on the big screen.

DC’s Wonder Woman broke the mold last year with an instantly iconic female superhero leading a big-budget release. Now the MCU’s Black Panther, directed and co-written by Ryan Coogler, places a hero of color at its center. Earlier films had depicted black superheroes, including “Blade” and “Hancock,” but never on Black Panther’s scale, or with such a rich depiction of black culture. A triumph of overdue representation, Black Panther also delivers an exciting, politically relevant thriller that can enthrall any viewer.

Chadwick Boseman’s Prince T’Challa was introduced in Captain America: Civil War with the assassination of his father, the King of Wakanda. We caught the merest glimpse of the African nation in that film, but in Black Panther, T’Challa returns home to officially accept the crown. Being the costumed, trouble-shooting Black Panther comes with the job, as if James Bond was also King of England.

Although presented as one of the world’s poorest countries, Wakanda is secretly the most technologically advanced, thanks to its huge reserve of vibranium, a fictional material of extraterrestrial origins. With uses that include Captain America’s shield, the Black Panther’s signature suit and as a power source, vibranium works as a metaphor for national resources like oil or nuclear weapons.

Where Wonder Woman presented the island of Themyscira as a stronghold of feminine strength and beauty, Wakanda resembles a jewel of African artistry behind holographic camouflage. The Wakandan garments highlight color and creativity, while the high-tech architecture seems untouched by colonial influence. Even the Wakandans’ little super-planes resemble tribal masks from the right angle.

T’Challa is such a straight arrow, and Boseman gives such a quiet, confident performance, that he comfortably shares the stage with three terrific female characters. General Okoye (“The Walking Dead’s” Danai Gurira) leads T’Challa’s personal guard as a hilariously fierce warrior. His playful sister Shuri (Letitia Wright) heads the country’s technological side and provides plenty of Q-like gizmos. And Nakia (Oscar-winner Lupita Nyong’o), is both T’Challa’s love interest and fearless human rights activist, serving as the national conscience.

Despite its achievements, Wakanda remains an old-school monarchy that endorses ritual combat, an inherently problematic system. Shortly after becoming king, T’Challa discovers one of his father’s dirty little secrets, as American-raised Erik Stevens (Michael B. Jordan) emerges with a legitimate grudge against the country. Erik’s roots in the Oakland projects and his slangy dialogue make Wakanda seem out of touch with real-world problems.

With military training and the nickname “Killmonger,” Erik makes one of Marvel’s most complex villains, especially with Jordan’s explosive portrayal. Like T’Challa, he’s haunted by this father’s death, but he makes the powerful case that Wakandans should support oppressed people everywhere by any means necessary. The racial undercurrent is unmistakable, but the greater question is, what responsibility do rich countries owe to poor ones?

Of the two principal white roles, Andy Serkis wallows in villainy as a vibranium smuggler who represents the worst of Africa’s exploiters. Meanwhile, Martin Freeman as CIA agent Everett Ross makes an ambiguous ally – does trusting Ross as an individual mean the Wakandans can trust the United States?

Before T’Challa and Erik’s Shakespearean conflict clicks in, Black Panther devotes considerable time to table-setting and side quests, including an espionage mission in South Korea that builds to a thrilling chase with heroes riding on the hoods of cars.

The action scenes don’t match the boxing bouts in Coogler’s Creed, but Black Panther is the rare superhero movie that exceeds two hours yet leaves you wanting more. The cast is so stacked that such Oscar caliber-actors as Forest Whitaker, Angela Bassett and Get Out’s Daniel Kaluuya get a relatively short shrift.

Black Panther was filmed in part at Atlanta’s EUE/Screen Gems Studios, with such area sites as the High Museum standing in for international locations. Like Julie Taymor’s stage adaptation of The Lion King, Black Panther brings a wealth of African design and music to a mass market entertainment.

As an expression of black pride and argument for political engagement, Black Panther acknowledges the dark side of colonialism without tearing down other groups. Ryan Coogler’s deeply personal Black Panther is meant to inspire anybody.