Quick Bites: Punch Bowl Social to debut at the Battery, Nina and Rafi planned for this summer, Muss and Turner's closes Cobb location and more 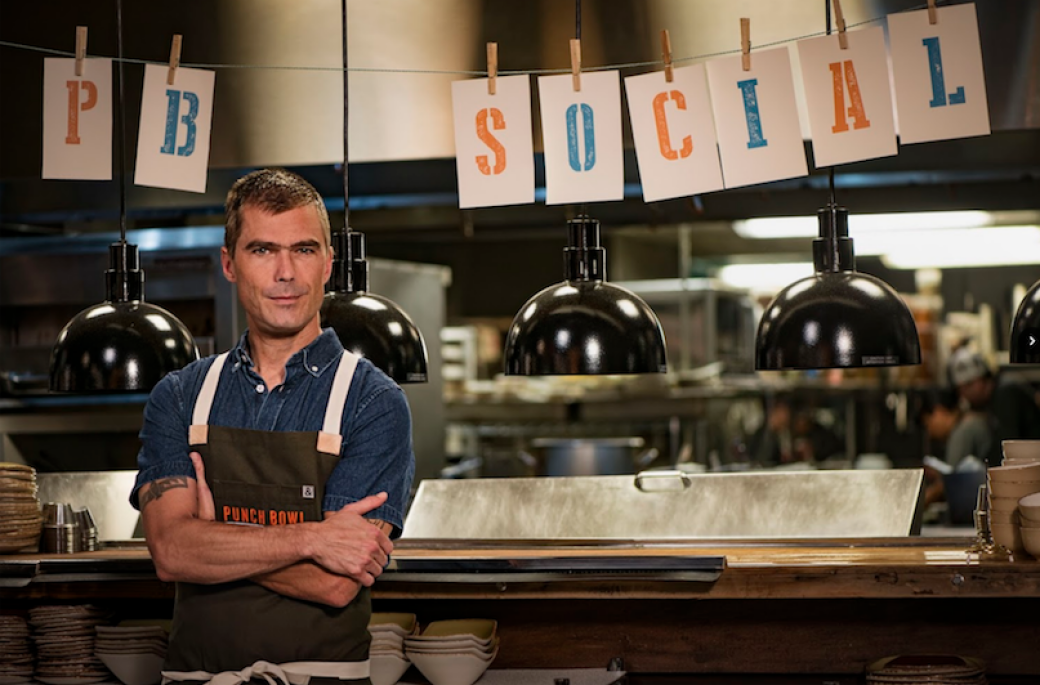 Punch Bowl Social, all 25,000 square feet of it, opens Sat., March 24 at the Battery Atlanta with an open-to-the-public party. Culinary partner Hugh Acheson designed the menu of diner-inspired fare to go along with craft beverages and games like Skee-Ball, shuffleboard, ping-pong, and classic videogames. Tickets for the opening party are available via Xorbia for two hours (7-9 p.m.) of food, drinks, access to games, and live music at the first Punch Bowl Social in the Southeast.

The East Cobb location of Muss & Turner’s closed abruptly on Feb. 26 after almost a year of service in the former Common Quarter site. Partner Ryan Turner said in a release, “We feel honored by the amount of support we have received from loyal fans and are grateful to have forged such incredible relationships with these neighbors.” The Smyrna location is still going strong.

Grandma Pie returns to Old Fourth Ward this summer when the finally-named Nina + Rafi restaurant and bar opens. Restaurateur Billy Streck (Hampton+Hudson, Cypress St.) and Anthony Spina (O4W Pizza) named the joint after — who else? — their respective grandmas and planned a menu of pizza, pasta, Italian snacks, salads, and sandwiches as well as a “tight bar program.” The new location will be in Studioplex at 659 Auburn Ave.

Big Green Egg and SweetWater Brewery team up this Sun., March 4 for SweetWater Smokeout, a benefit for the Giving Kitchen. $20 tickets get your first brew and tastes from seven of Atlanta’s favorite restaurants, all cooking on Big Green Eggs. Smoke ‘em if you got ‘em from 1 to 4 p.m.

Drink a cocktail created in the Netherlands on Thurs., March 8 at Downtown’s Red Phone Booth. Eric Van Beek, head bartender at Amsterdam’s Hotel TwentySeven is a global finalist for 2018 Bacardi Legacy Cocktail Competition. He’ll be serving his Carino at the speakeasy.