This is art music 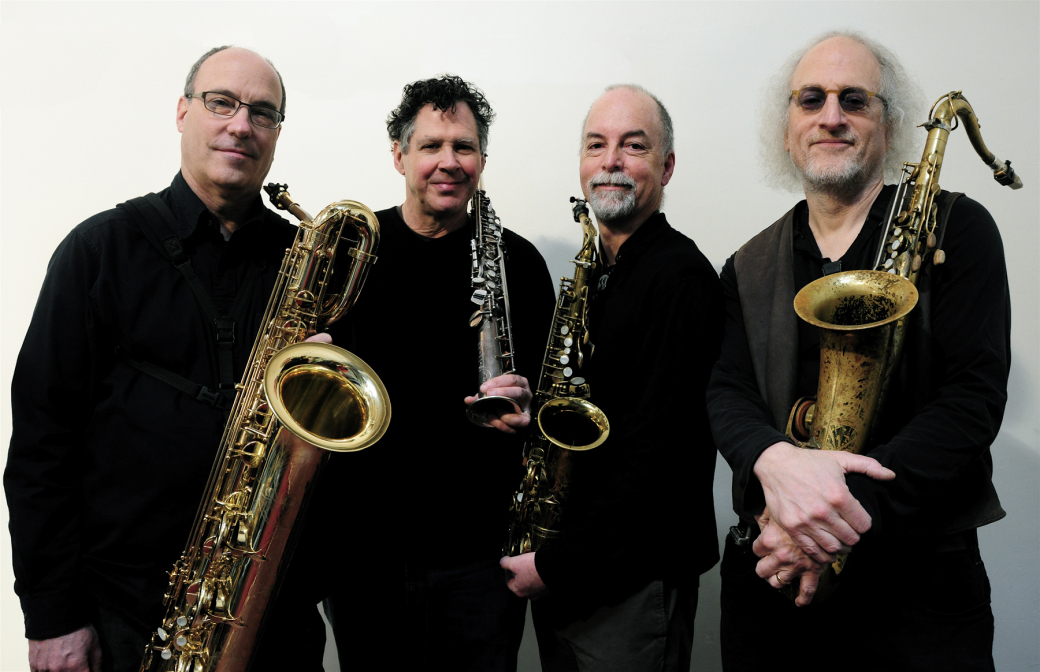 Celebrating 40 years of genre-bending jazz exploration, the San Francisco-based Rova Saxophone Quartet blows into the Southeast for a handful of shows, including a March 21 performance at the First Existentialist Congregation of Atlanta. It’s a rare stop en route to Knoxville, Tenn. for the annual Big Ears Festival of adventurous music. “A lot has changed since [the group’s inception],” says Rova’s founding member Larry Ochs. “We are still a secret from 90% of the world, and in some disdain amongst the straight jazz world. Which, frankly, is really okay,” he adds. “This is art music.”

The Rova Saxophone Quartet formed in the late 1970s amid a boom of experimentation in music, collaborating with avant-garde icons such as Henry Kaiser and Fred Frith. Through a rich catalog of 30-plus recordings, Rova’s output includes original jazz and chamber compositions, and a variety of collaborations including Terry Riley’s 1987 piece, Chanting the Light of Foresight.

Saxophone quartets can be an acquired taste, especially if their members are content playing supper-time jazz. However, Rova’s commitment to pushing forward, and challenging themselves and their audiences accounts for much of their perseverance. That, and talent. Their latest recording, In Transverse Time (Les Disques Victo), finds the quartet in meticulous harmony, with each player taking a measured approach to their solos. The Quartet’s members play multiple horns, but each settles into one primary instrument: Jon Raskin’s deep baritone holds steady while Bruce Ackley’s horn shimmers in tandem with the inventive brilliance of soprano virtuoso Steve Lacy. Ochs’ soulful tenor is unmistakable, and Steve Adams’ alto is fresh and bouncy. The whole recording is a musical journey through a wilderness of whistling reeds, but the 24 minute finale, “Hidden in Ochre,” lands listeners back at home after a wonderful whirlwind of sound.

“All those pieces were composed by members of the band in the past three-four years,” Ochs says. “We’ll play the entire CD [in Atlanta] and … add older pieces we have not been performing for many years to fill out the show. Rova hit its 40th anniversary … so it made sense to look back and grab some pieces that are still alive and inspiring cool improvisations. We have a gazillion pieces at this point, but a lot of them, as great as they were, are played out,” he adds. “We’ve wrested everything we could from them, so to speak. We think these we’re adding still have some life but also complement the music we have in the book now, and are a different ‘color’ than the pieces on the new CD. In fact, when I listen to the new CD, I find it surprisingly unique in our CD catalog. So grabbing some pieces from the past that lead us, and the listeners, other places was easy to do.”

As for Big Ears, Rova’s “Sound in Space” project incorporates the acoustics of the Knoxville Museum of Art, placing the four reed players in different locations at different heights in the main ballroom — the intention is to surround the audience with a broad spectrum of sound. Depth perception and organic overdubbing are key components of the performance.

Later, Rova will join various performers for a rendition of John Coltrane’s 1965 free jazz masterpiece Ascension. While Ochs possesses his own unique voice on the tenor saxophone, in this piece, he conjures Coltrane’s ecstatic spirituality and full lung force.

“Musically, the piece never ceases to amaze me,” Ochs marvels. “In 1995, when Rova first played an acoustic version of Ascension, I thought it would be the usual free-jazz blow-out. Fun for sure, yes, but nothing more. I couldn’t have been more wrong,” he adds. “Free jazz, definitely. But it opens up one’s consciousness to all kinds of sonic possibilities.”

On the original Ascension recording, Coltrane was joined by fellow tenors Pharoah Sanders and Archie Shepp as well as two altos, two trumpets, two bassists, a pianist, and a drummer. For Big Ears, Rova will provide horns, but will supplement the rhythm section with strings, electric instruments, and electronics. “I expect a volatile rendition this time,” Ochs says. “The current political climate in which we live is absolutely calling out for the return of music of protest, and music that’s searching for alternative ways to ascend. That’s where all music should begin: With the goal to search intensely, to stretch, to be open to whatever comes next.”

After four decades of ascending, Rova’s music has risen beyond the next level into interstellar space.