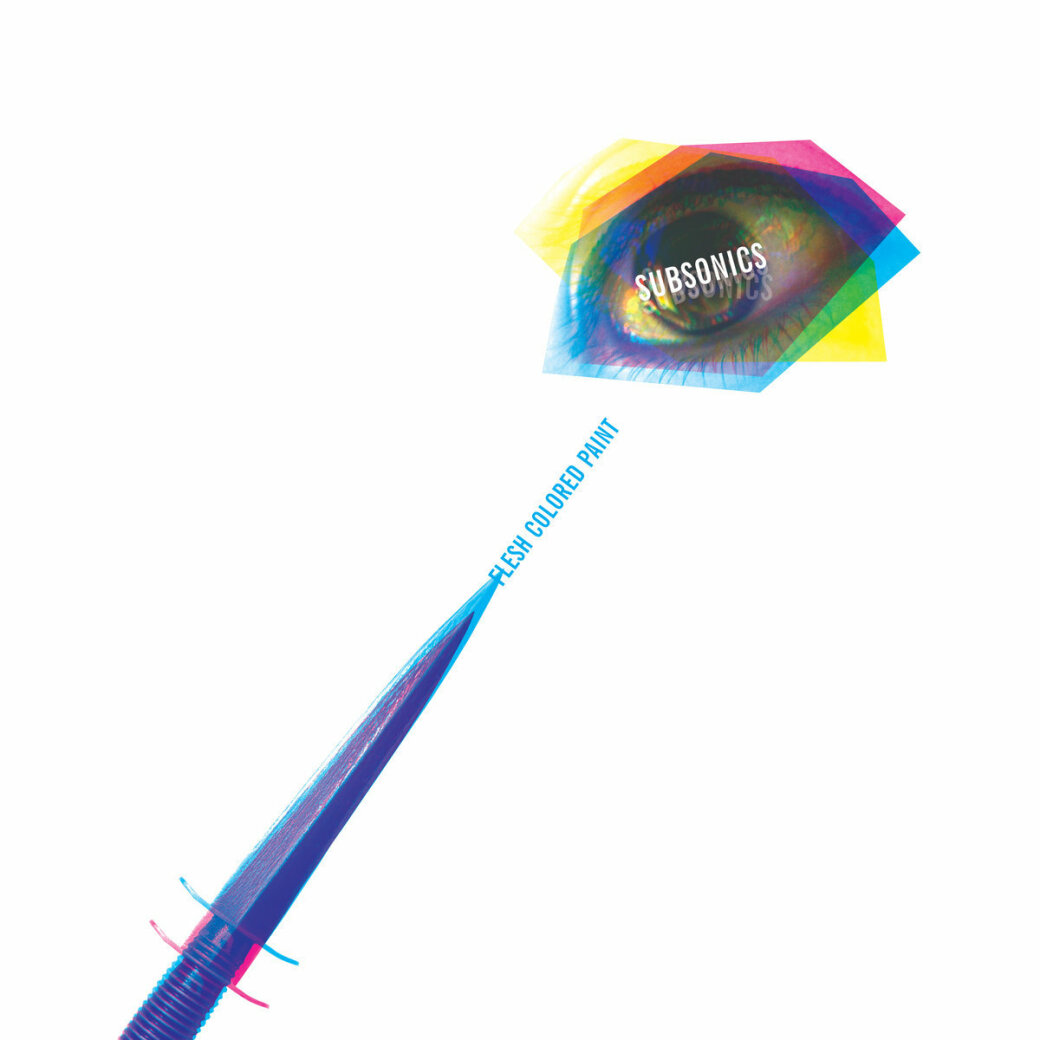 It is the hallmark of exceptional songwriting and musicianship when lyrics as seemingly benign as “Don’t be confused by flesh colored paint,” are delivered in such a way that they’re open to interpretation. They have personal significance and hidden meanings for anyone within earshot, and no two people glean the same things from the words. Crafting this kind of simple, powerful rock ’n’ roll is a skill that Subsonics’ singer and guitarist Clay Reed has spent a lifetime honing. With the group’s eighth full-length album, Flesh Colored Paint (Slovenly), Reed, drummer Buffi Aguero, and bass player Rob Del Bueno yield 14 new songs in just over 25 minutes. It’s a tight, concise album yet there’s plenty of wiggle room between Reed’s subtle vibrato and the happy-go-lucky rhythms of the album. Within the first few seconds of Reed’s opening salvo in the album’s title track, “Where the donkeys wear shoes, don’t they look great,” the group is clearly expanding upon its palette of garage-punk, glam, and rock ’n’ roll strut and sneer. While their musical influences are clear, songs such as “Baby and Chita,” “Begging Hands,” and “Permanent Gnaw” delve into an observable next step in the Subsonics sound. “Johnny Left Hand” suffers a bit from a bratty and shrill backing vocal, but it’s only a minor speed bump. The album sounds clean, too. Every nuance in Reed’s voice and his barreling but restrained strumming reveal a balance of raw energy and refined songwriting, and the tension is exhilarating. ★★★☆☆