The roadmap to success 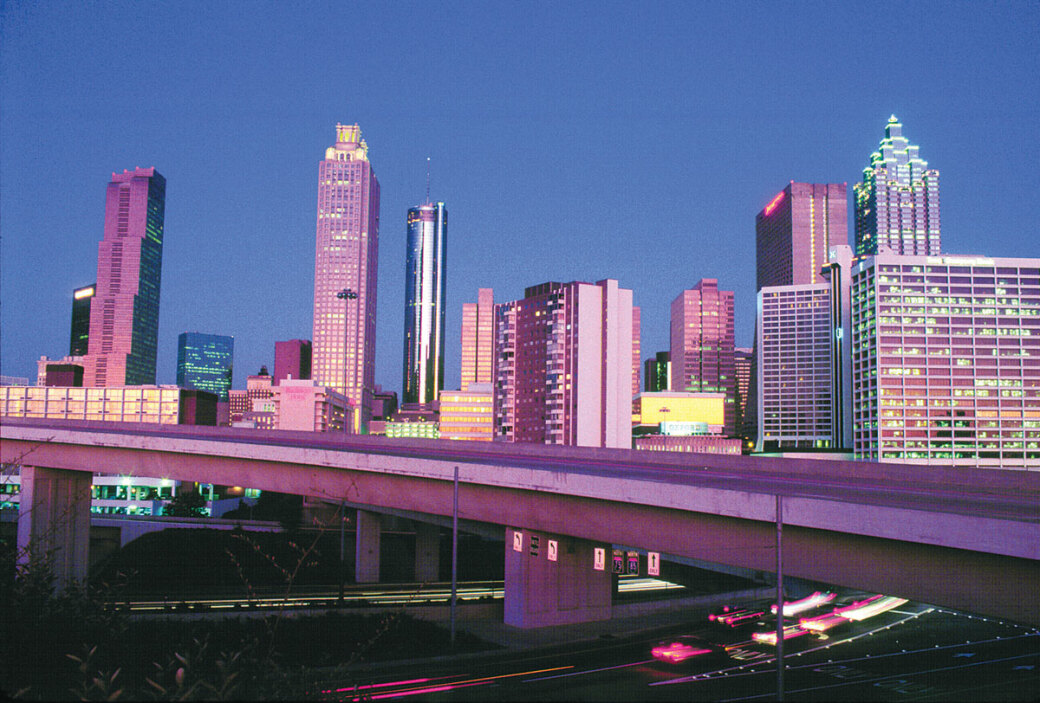 Atlanta has a long history of proclaiming that it already is what it hopes to become. But what is mostly a marketing strategy can also be powerful motivation — to become what we’ve already claimed we are.

The old, mid-60’s slogan that Atlanta would be “The World’s Next Great City” has been solidly true for years. As Mayor Keisha Lance Bottoms consolidates her administration at City Hall, Atlanta is well-established as a major international player, with objective indicators showing that our city is set to grow even more during her first term.

Guide the City thru the Corruption Probe

Former Mayor Kasim Reed deserves much credit for the strong and successful Atlanta that Mayor Bottoms has inherited. Nonetheless, he also leaves behind a city government undergoing a major corruption investigation. While keeping the growth of the city on course, dealing with the fallout from transgressions during the previous administration’s tenure may be Bottoms’ greatest challenge.

For those of us who love Atlanta and value our city government, it is particularly galling that this is not a new problem, but an old one revisited. Not long ago, as many Atlantans will remember, a former mayor was convicted of tax evasion, while a couple of city council members, the chief operating officer, and several department heads — as well as a few prominent business people with airport contracts — were convicted of public corruption. They all ended up doing time in federal prisons.

Apparently, despite the harsh sentences meted out to convicted city officials, few lessons were learned. Now, a new group of confessed and suspected criminals has been discovered at City Hall — and, it seems, the list of names will grow with the investigation.

As Mayor Bottoms continues to put together her administrative team and begins the various initiatives outlined in her campaign, it is reassuring that she continues to express her strong commitment to cooperate with federal prosecutors no matter where their investigation may lead. Perhaps with the city’s full support assured, we will be able to move forward to meet the challenges and opportunities in our future.

It’s a good start. But, if she hasn’t already, the Mayor must order a top-to-bottom examination of the city’s procurement and purchasing systems to identify and eliminate weak spots in the city’s money-moving practices that have been easily exploited by dishonest officials.

Mayor Bottoms has also promised a new era of open and transparent government. That is one commitment she must fulfill right away, not only by creating ways to make public information directly available to the public, but by willingly and expeditiously providing information requested by the public’s inquisitive agents — the media.

There is ample reason to remain confident about the future of Atlanta, the specter of public corruption notwithstanding.

Race, always a sensitive topic, seems less so in Atlanta today, and appears to be playing a diminishing role in our politics and in our communities. Yes, racial issues still arise, but generally with less intensity and little-to-no lasting power. “Black Lives Matter” demonstrations have taken place in Atlanta, but unlike the confrontations in other U.S. cities, we have not suffered the violence or civil unrest.

Back in the late 1880s we started calling Atlanta “The Capital of the New South,” despite still being so much a part of the Old South that “New South” champion Henry Grady, also a man of his time, would unabashedly claim, “the supremacy of the white race of the South must be maintained forever … because the white race is the superior race.”

Describing Atlanta as the “New South,” however, had lasting and transformative power, and it became truer as the decades passed — so much so that we still hear it from time to time, particularly when Atlanta’s business and political leaders deem it necessary to distance our city from the rest of the South.

Midway through the 20th century, we declared Atlanta “The City Too Busy to Hate.” With some factual truth behind that powerful slogan, Atlanta weathered, with some measure of peace, the often-violent racial conflicts of the ‘60s suffered by other cities then engulfed in racial strife.

Fifty years ago this month, in 1968, a 30-year-old Atlanta lawyer quit his job to run against Herman Talmadge for the U.S. Senate Democratic nomination. That lawyer lost the state-wide vote, but the young Maynard Jackson beat Talmadge in Atlanta by over 6,000 votes. Those numbers led to Jackson’s run for vice-mayor the following year, and for mayor in 1973. He won both races. And, as the first African American mayor of our city, Jackson set the stage for Atlanta’s political future — and set the course for the city’s emergence into national and global prominence.

With the long-established political dynamics of Atlanta having changed dramatically with Jackson’s win, his new administration not only faced suspicion, but at times experienced “politely expressed” antagonism from the white establishment. Slowly, that diminished, as Jackson started to develop and strengthen the fragile, though existent lines of communication and cooperation between the city’s black and white leadership.

The 2017 mayor’s race again played out in an expected and hard-to-break pattern. Most whites voted for white candidates and most blacks for black candidates. Still, here and there, the numbers showed small but consequential racial crossover voting.

Consider the Old Fourth Ward, a neighborhood just east of downtown with historic roots in the African American community and a majority black population. This area, close to the Martin Luther King Historic District, where Dr. King grew up and preached, has experienced significant renovation and an influx of white residents. Since the last mayoral election, the number of white registered voters in the Old Fourth Ward rose from 3,311 to 6,003 (nearly double), and white voters now exceed black voters by 400 registrants.

Despite that increase, Mary Norwood got 10 percent less votes last year in the Old Fourth Ward than she did in 2009. In an election that was decided by fewer than 800 votes, that is telling. In this instance, perhaps replicated in small numbers elsewhere in the city, the perception of Norwood as a Republican may have mattered more than the color of her skin. And modest as it is, that is progress.

Grow the City Through Smart Redevelopment

Standard indicators bode well for Atlanta’s immediate future. The crime rate is down and property taxes are relatively low, though tax assessors set off a firestorm last year when they tried to catch up on assessments that had not been updated regularly on undervalued properties and sent assessments through the roof. Trying to raise taxes in any year, especially an election year, is a doomed effort. Property owners complained, and the higher assessments were temporarily set aside.

Major development projects are growing in town, and so are the attendant controversies. Increasingly, the city is called in to referee such neighborhood vs. developer conflicts. Though the process ultimately slows growth, it allows neighborhood interests to be addressed. Additionally, home renovations and smaller scale developments are taking place in many neighborhoods across the city. As property values rise in those areas, long-term residents are being priced out of their homes. How to address gentrification remains a challenge. The city must find ways, perhaps by freezing taxes on long-time home owners, to protect those who want to remain living where they are.

According to ongoing census-related figures, more affluent, younger, and better-educated suburbanites are moving back into the city limits. Areas of Downtown Atlanta and Underground are being readied for redevelopment, as “live-workand- play” districts take hold. Work on the BeltLine continues to progress. While some see plans to integrate low-income housing into the multi-use developments as subverting the original blueprints, others welcome the idea as a whole, bringing Atlantans and intown neighborhoods closer together.

The city is also caring for and expanding its parks and green spaces, though not without some controversy. The planned construction of a parking deck at Grant Park, though supported by the Grant Park Conservancy, has been a major source of concern for park neighbors. Tree canopy protection is visibly on the city’s agenda, though, again, critics argue that it is more show than fact. Meanwhile, reports are in that the BeltLine has already added six parks and recreation spots and will add 1,300 acres of new parks and 700 acres of green space over the next 25 years.

With so much emphasis on growth and development, our city schools, under relatively new management, are also being improved upon, both in terms of the curriculum and physical needs. Recent reports indicate that graduation rates are up and dropout rates are down.

The hiring of a new and extraordinarily well-qualified
superintendent, Dr. Meria Joel Carstarphen, finally got our school system out of the ugliness of a cheating scandal that landed some school officials in jail and damaged our reputation nationwide.

And, fortunately, the unnecessary legal battle to compel the city to transfer school property deeds to the school board — as the city should have done without quarrel — is finally being settled by Mayor Bottoms, but not before the schools spent over $300,000 and the city some $400,000 in a legal battle that most observers agree shouldn’t have been fought.

Play Nice With Those Outside the City

Surrounding metro Atlanta county governments, for decades resistant to the expansion of MARTA into their jurisdiction, are now receptive to joining and expanding the metropolitan transit system to develop a more effective network of rail and bus service, especially now that traffic congestion, already bad, gets worse. How to alleviate it is a priority that Atlanta and neighboring city officials now in office must work together to solve.

Looking beyond the city’s immediate borders, our relations with the rest of the state of Georgia are improving. There has always been a conflict between the rural Georgia and the urban Atlanta, one exacerbated over the years as Atlanta has become predominantly black. Though with less frequency, unfounded criticisms of the city persist in exurban Atlanta and rural Georgia; some racially-based, others stoked by what
can only be apparent envy.

At this point in our history, maybe Atlanta needs yet another new slogan. Perhaps Mayor Jackson said it best when greeting visitors to our city with a big smile, “Welcome to Atlanta, the greatest city in the world... with the possible exception, of course, of your hometown.”

In 1977, Angelo Fuster joined Maynard Jackson’s administration as press secretary and worked for him in various positions for the rest of his mayoral terms. In the process, the two became friends, something Fuster especially treasures to this day.

From his Mayor’s Office initiation in 1977, Fuster went on to hold various senior positions under the next three mayors, and for the next 19 years had a front-row seat to the developing story of Atlanta. Since leaving city government he has remained intimately involved in politics and has worked on numerous campaigns and city projects to the present day.