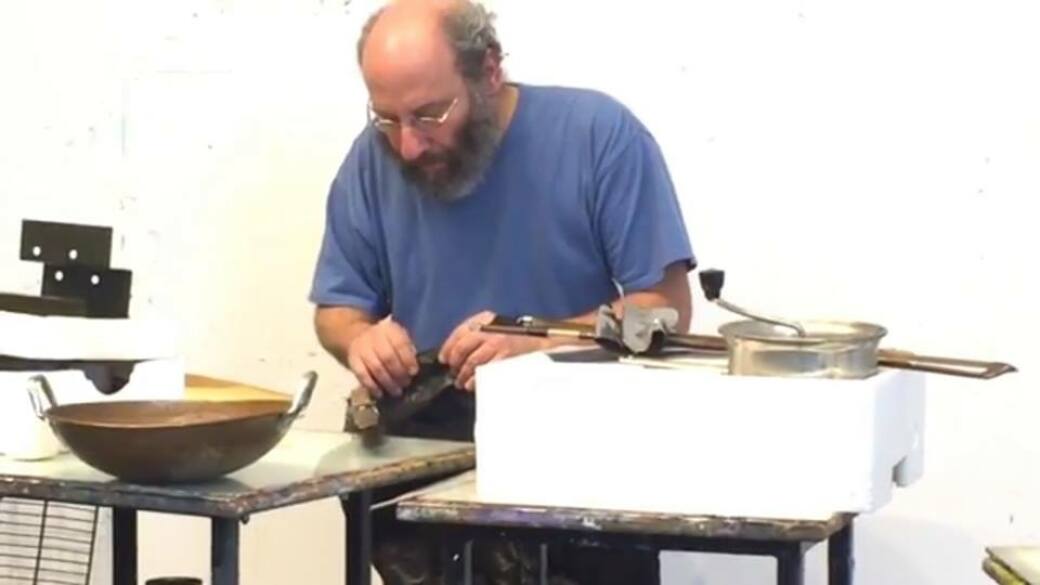 Since 1984, Al Margolis has conducted an ongoing torrent of abstract drone music, and industrial-grade noise, performing under the name If, Bwana. The name is an acronym for “It’s Funny, But We’re Not Amused,” which embodies a particularly contemptuous, outsider tone. And with recordings bearing titles such as Bitterness Grows in the Soil of Despair, Glockenspeed, and Charles Darwin Takes An Ocean Voyage, Margolis’ music is clearly not for the faint of heart.
There is, however, deep beauty resonating from within Margolis’ singular sound and vision born of improvisation and spontaneous manipulation of loose musical structures, which billow and flow from the shadowy outer limits of the psyche. As a performer, with his Sound of Pig Music label, and as a co-founder of Pogus Productions, Margolis has worked alongside a long list of experimental sound artists such as Pauline Oliveros, Fred Lonberg-Holm, Ulrich Krieger, and more. For this rare Atlanta show, Margolis shares the stage with Swiss minimalist Jason Kahn, and Livaduxkee featuring Alec Livaditis, Dux, and Robby Kee.