Local music and other Irrelevant things 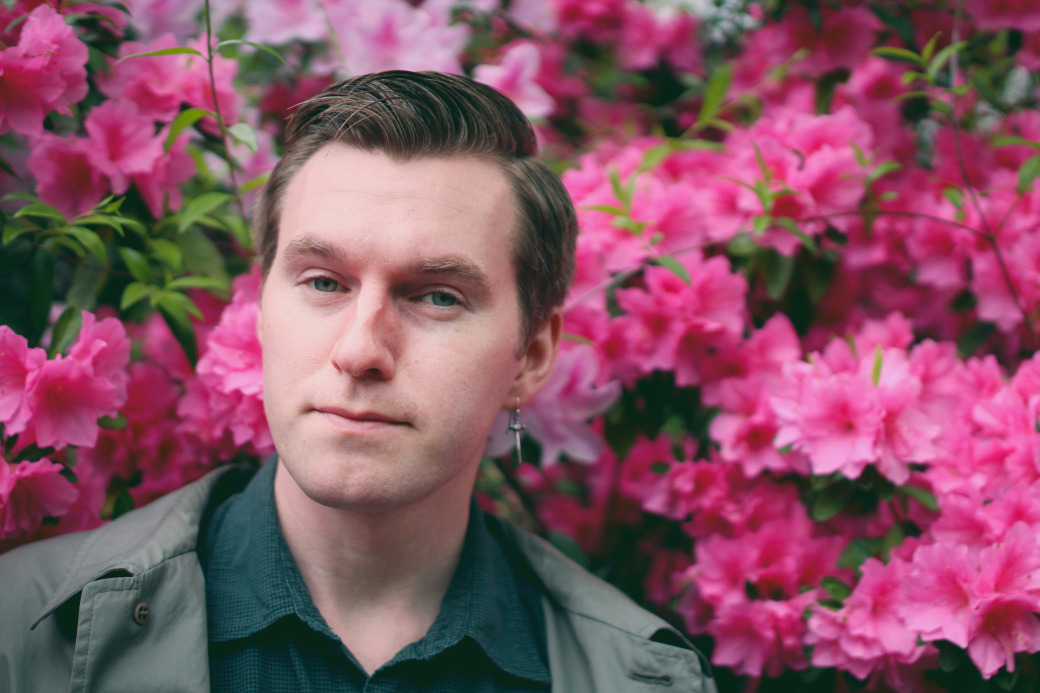 Irrelevant Music Festival was born in 2016, as an outlet serving Atlanta’s underground music scene. “I started the festival as a way to celebrate Atlanta’s art and the kind and dedicated people that put in countless hours to make said art a reality for our city,” says founder and Irrelevant Music promoter Kyle Swick. “I was inspired by festivals like Cropped Out in Louisville, and Nameless Fest in Nashville, as each one offers platforms for local and regional musicians that are easily overlooked by the masses.”

Over the last three years, Irrelevant Fest has grown from a grass-roots event into a beacon for touring acts, with a lineup that places nationally and internationally touring artists on the same playing field as young Atlanta-based acts. Irrelevant Fest’s bottom line is about showcasing homegrown talent. This growing dynamic anchors the Atlanta music scene’s place in both a regional and national context. “We do this festival because we believe that Atlanta has one of the most diverse and unique voices in the country,” Swick says. “It is our personal mission to spread the word and make sure people are witness to this time of music from the South.”

This year, Irrelevant Fest happens July 18-22, taking over 529 in East Atlanta, and the Bakery in Adair Park/Oakland City, with nearly 50 acts. Before the festival kicks off, CL’s music scribes have pulled together a list of 10 must-see acts scheduled to perform throughout the week. 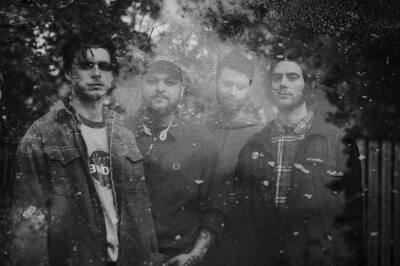 Few groups creating indie rock in the post-emo context tap into the raw passion and earnest sentiments that Blis. evokes. Each lyrical bar drips with tangible melancholy, And the instrumentation, which lies at an unexpected intersection of grunge and polished, modern rock production, accentuates the vocals while each song stands its ground. The group’s latest release, No One Loves You (Sargent House), showcases the group’s broad range of emotions and musical style.
— Will Cardwell 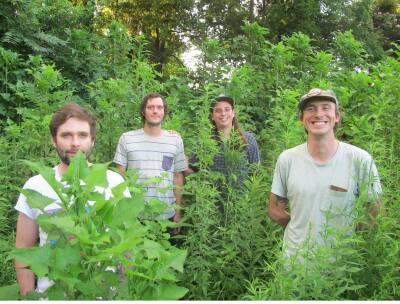 Arbor Labor Union crafts a sonically charged and picturesque canvas to explore. Original and catchy melodies serve as the building blocks for this imagined landscape, cemented by solid rhythms that put the finishing touches on a lush audio portrait. When the music is married with the vocals, the group’s sound evokes an almost mystical quality. This union is in full force on the band’s latest EP ALU’s Blues as well as its 2016 Sub Pop Records debut album, I Hear You.
— WC 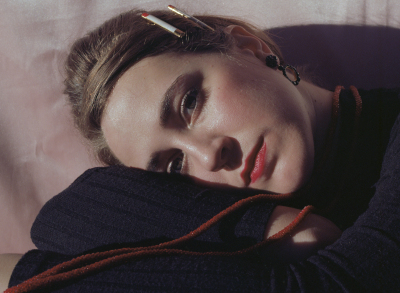 When Rose Hotel’s singer and guitarist Jordan Reynolds’ tremulous voice takes shape amid a backdrop of swirling guitars and subtle pads, the result is undeniably dreamy. Softness reigns supreme in Rose Hotel’s world, and one can’t help but feel nostalgic and tender in response. The group has reimagined and rereleased two tracks from its 2017 EP Always a Good Reason, incorporating a full-band’s sonic aesthetic reminiscent of a sweetly sleepy combination of Jenny Lewis and Lana Del Rey.
— Annika Von Grey 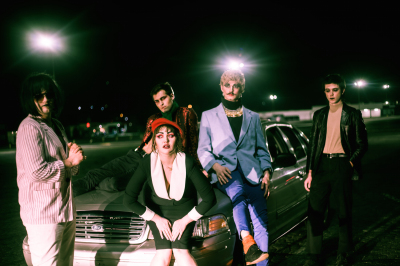 Once the five post-punkers of Material Girls throw horns into the mix of shredding guitars and scathing vocals, you won’t know what hit you — except maybe some lipstick. Material Girls’ headlining performance at Irrelevant Music Fest is also the release party for the group’s debut LP, Leather, out July 6 via Irrelevant Music in the US and EXAG’ Records in Europe.
—  Lily Guthrie 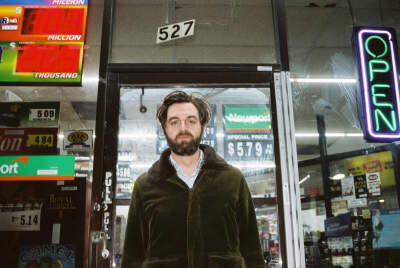 Night Cleaner is the solo project of singer, guitarist, and songwriter Matthew Lambert. As one-third of the blistering psych rock trio All the Saints, Lambert maintains a spectral presence within the local music scene. Sometimes entire years have gone by between ATS shows, but they’re such powerful displays of rich sonic force that people at the bar are still talking about it. With Night Cleaner, Lambert takes on a more open-ended approach to songwriting, harnessing the power of a dark and noisy resonance to ramshackle melodies emanating from an arsenal of guitars, Rhodes, MPC, and more.
— Chad Radford 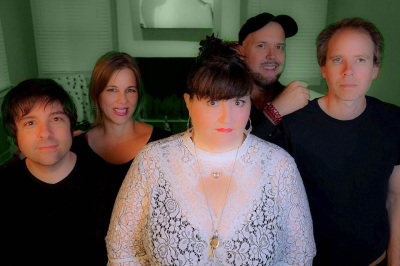 Pylon Reenactment Society pays dutiful homage to days past while forging ahead with newfound vigor. Vanessa Briscoe Hay’s voice maintains the post-punk and proto new wave gusto of Pylon’s original configuration. The band is currently in the studio recording and mastering new material under the guidance of guitarist Jason NeSmith, with a new single, the follow-up to 2017’s Part Time Punks Session 12-inch, planned for release later this year.
— AVG 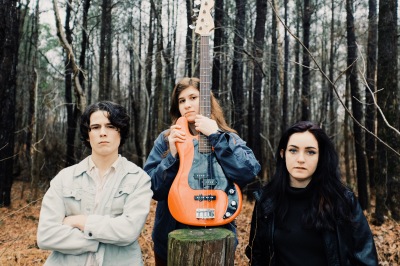 Yukons channel their chiming and laidback post-punk and Latinx expressions through a lo-fi cacophony and shoegaze hymns. The trio, featuring singer and guitarist José Joaquín Izaguirre, drummer Danielle Dollar, and bass player Hannah Lenkey, released their debut tape, South of the Equator, in the spring. Since then, songs such as “Pa’ Lante,” “Toolbox (the way she thinks),” and “Abajo Cadenes” — sung in Spanish — have left an indelible mark on Atlanta’s contemporary indie rock scene.
— LG 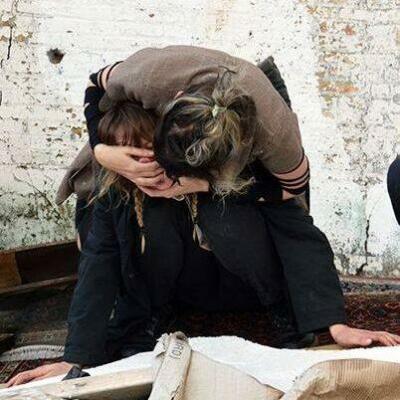 HOGG crafts pure and screaming industrial hellscapes and confrontational blasts of pounding rhythms and grinding resonance under the command of Emma Sims and Hanna Elliott. Both Sims and Elliott are Atlanta expats who’ve developed their brooding musical aesthetic on Chicago’s West Side. In May, the group released its latest album, Self​-​Extinguishing Emission via Scrapes Recordings. With this latest offering, Sims and Elliott delve deeper into honing the power of their voices amid a perfectly horrifying clatter, culminating in a body of songs that are part catharsis and part freak-out, driven by a complete and utter contempt for polite society.
— CR 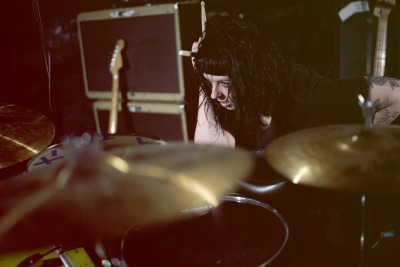 Dasher employs heavy and frantic noise-punk that, true to the group’s name, sprints forward while commanding its own space. Anchored by Kylee Kimbrough’s aggressive percussion and blistering rhythms, the group constructs a harsh and manic swarm of all-consuming sound. Dasher’s sound is powerful, busy, and staggering, with any chance of escape barred by Kimbrough’s guttural howling. Though Kimbrough left Atlanta for Bloomington, Indiana, years ago, her absence still resonates throughout the local music scene. Every homecoming is a blowout of the highest order, and her Irrelevant Music Fest return is guaranteed to be one for the history books.
— WC 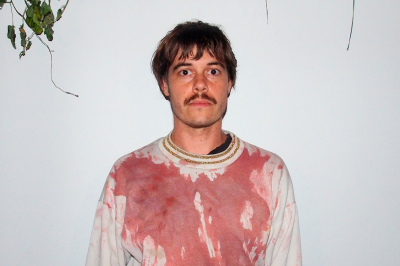 CUBE is the moniker of Oakland, California-based producer Adam Keith. Keith spent a few of his early- and mid-aughts years in Atlanta’s experimental music scene performing with defunct no wave outfit Big and Tall. As CUBE, he blurs the lines between industrial music, techno, noise, and dub, with a thoroughly avant-garde slant. Released via San Francisco-based label Left Hand Path, Keith’s 2016 release, titled My Cube, is an essential listen for anyone who’s still singing the praises of Throbbing Gristle, Suicide, Merzbow, et al. Keith brings their influence into a modern context by way of jaw-dropping loop-and-drum-machine worship, morbid mantras, and esoteric sound collages that culminate in a seriously next-level approach to modern experimental music.
— Bobby Power


For more information including time, price, and venue details, check out www.irrelevantmusic.net.

No results for query.
Search for more by Will Cardwell, Lily Guthrie, Bobby Power, Chad Radford, and Annika Von Grey