Material Girls hold a mirror to modern hysteria on ‘Leather’ 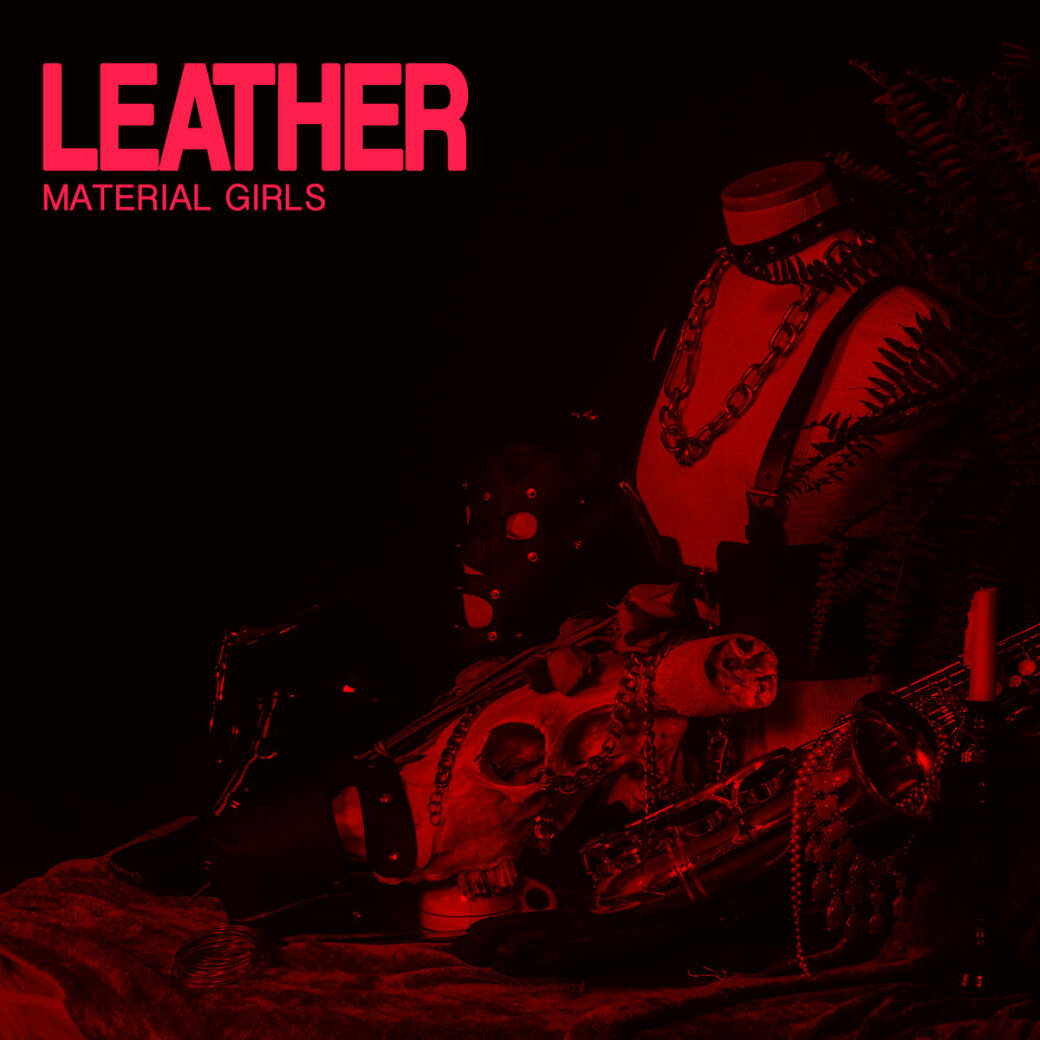 A smoke-filled cabaret of fantastic proportions led by Iggy Pop. The sonic lovechild of Nick Cave and Teenage Jesus & the Jerks. However you put it, Material Girls revel in the murky, frenetic sounds of punk’s past. On Leather (Irrelevant Music), the Atlanta five-piece breathes new life into the genre while tying the knot between the dingy spirit of 1980s New York and the DIY resilience of Atlanta’s modern music scene. The record lies in the shadows under the neon red lights of some purgatorial city. Emerging from the smoke are highlights “Ya Ya” and “Tight Rope,” both of which thrive on the fringes of rock ‘n’ roll tropes while reducing them to their gritty basics. On “Ya Ya,” bass player and co-vocalist Jade Poppyfield’s visceral and theatrical delivery, evoking Patti Smith, leads the song through moments of clarity into chaos and back again. “Tight Rope” depicts the band’s ability to maneuver around jagged song structures with absolute ease. The mid-song brass freak-out is a feat in itself — after screeching bursts of noise, the horns dive deep into their reserves to deliver a golden, triumphant note. In this day and age, some artists try to translate modern paranoia into something positive, like a pop song or an anthem of resistance. Material Girls transcribe all the noise — the sirens, screaming matches, and the struggle to make do — into their sound. Leather holds a mirror to the troubled times at hand, reflecting the world for what it is — chaotic, boisterous, and explosive. ★★★★☆