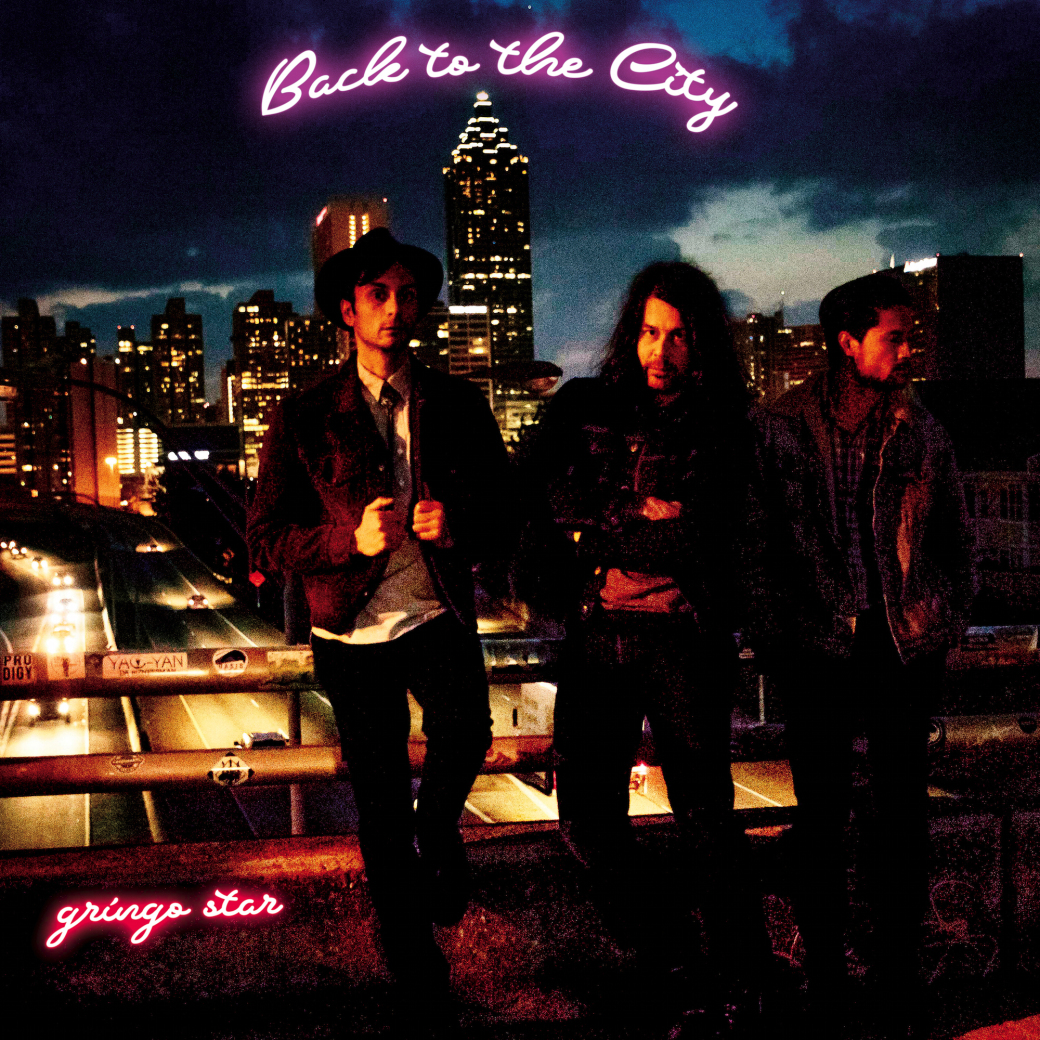 Five albums into a decade-long run, Gringo Star’s founders, brothers Nicholas and Peter Furgiuele, are sharp, proven songwriters latching onto a hook-heavy, somewhat surfy American sound. With Back to the City, the group maintains a sunny Anglophile undercurrent with cryptic lyrics that reflect their indie-rock sensibilities. As with any serious band, growing older and more confident means tweaking the approach. The album was self-produced, and pushes boundaries by adding orchestration to a handful of tracks. “Easy” brings sweeping, cinematic violins to garage pop, making it clear this is a marked step up. While not quite hitting Phil Spector-level overindulgence, the strings add a dreamy boldness that raises the bar higher than Gringo Star’s previous efforts. The wistful yet edgy mid-tempo psychedelic rocker “La La La” gets the orchestral treatment, bringing a fullness and maturity to glam fare and evoking the Beatles’ Magical Mystery Tour. The surging ballad “Midnight til Dawn” feels ready-made for the next Quentin Tarantino flick. Elsewhere, “Watchdog,” with its nasal vocal, reflects an edgy Only Ones-styled vibe. The album’s first single, “Mister Mystery,” cranks out power-pop crunch guitars and “ooohh” vocals with the effortless punch of late ’70s college radio. Live, these songs may lose some of the mystery gained in the studio. But Back to the City is a strong, decisive, and inspired step forward for Gringo Star, and shows the Furgiuele brothers are just beginning to tap their creativity.
★★★★☆