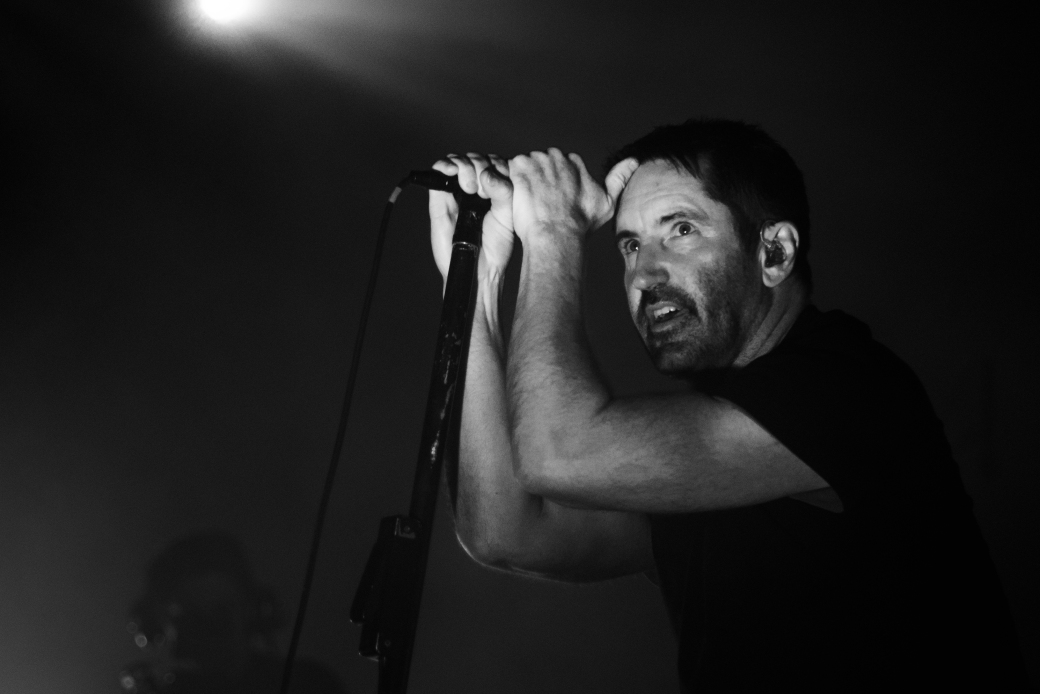 Nine Inch Nails played a two-night stand at the Fox Theatre Sept. 26-27, on the Cold Black and Infinite North American Tour. Trent Reznor and Co., played a career-spanning sets that included everything from early singles "Head Like A Hole," from Pretty Hate Machine, and "Closer" from The Downward Spiral, through newer songs such as "Shit Mirror" and "Ahead Of Ourselves" from 2018's Bad Witch. A Wednesday night blast of “The Perfect Drug,” and the live debut of “Dear World,” from 2016’s Not The Actual Events set the stage for a comprehensive setlist. Reznor was joined onstage by his film scoring partner Atticus Ross (The Social Network, Gone Girl) playing keyboards and synthesizers, guitarist Robin Finck, bass and keyboard player Alessandro Cortini, and drummer Ilan Rubin also delved into The Fragile deep cut, "The Big Come Down." Reznor also gave a haunting sax solo during “God Break Down the Door" from Bad Witch.

On Thursday night, a rare performance of “Happiness In Slavery” set the crowd abuzz amid a massive spectacle of stark primary colored lights and smoke. The light show on this tour is stripped of the usual arsenal of LED lights and interactive screens rising and falling throughout the show, which gives the group a bit of freedom to switch up the setlists each night on this tour — no two nights have featured the same songs.

Other Thursday highlights included, "Now I am Nothing," a song that doesn’t appear on any album, and hasn’t been played live since 2009. The set also included deep cuts "The Becoming" from The Downward Spiral, and "Even Deeper" from The Fragile.

Tobacco of Black Moth Super Rainbow and the Jesus and Mary Chain opened both shows.

Photographer Mike White of Deadly Designs was in the pit Wednesday night. Check out a gallery of images from the show below.