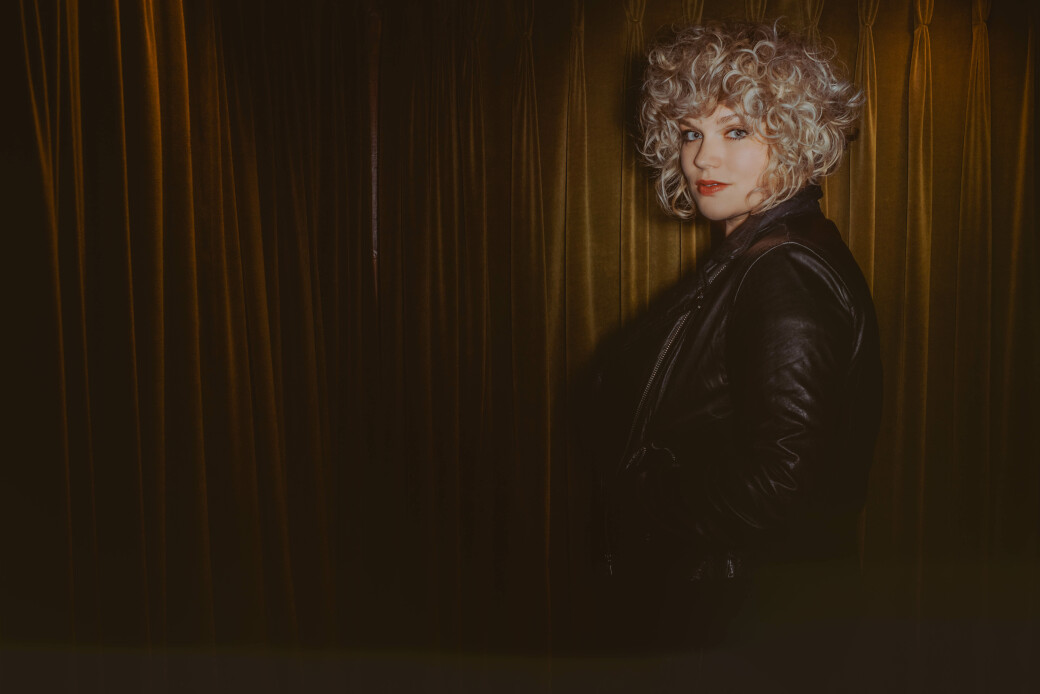 “It’s turned into this big thing where we decorate the stage and do all this stuff,” says Morrow, who has fronted the Atlanta-based Americana group for the past decade. “We’ve had special guests like Shovels & Rope and Cory Branan join us. Now we incorporate a lot more Christmas songs as well. I think it’s become a fan favorite, too.”

But this year’s December 8 holiday concert at Variety Playhouse will be both joyous and bittersweet. The 10th annual Merry Y’alltide will also mark the Whiskey Gentry’s final show. The popular local band — an integral part of Atlanta’s roots-music surge in recent years — will call it a day afterward, and Morrow will continue as a solo act, with her husband Jason at her side.

“It definitely doesn’t feel real,” Morrow says, “but I guess it feels like the timing is right.”

The Morrows started the Whiskey Gentry 10 years ago after meeting at The Local on Ponce de Leon Avenue while playing in different bands. They hit it off, began writing songs together, and eventually put together a band to play a punk-inspired blend of bluegrass, country, and rock ’n’ roll. The lineup currently includes bassist Sam Griffin, drummer Nico Lembo, fiddler Rurik Nunan, mandolinist Michael Smith, banjo player Chesley Lowe, and keyboardist Les Hall.

It wasn’t long before the Whiskey Gentry picked up steam, graduating from smaller venues like the Star Bar to the much larger Buckhead Theatre and Variety Playhouse. They toured Europe a couple times, opened for Dwight Yoakam (among others), and made three albums along the way, most recently 2017’s Dead Ringer, which landed on CL’s list of the year’s best releases.

Critical praise doesn’t pay the rent, however, and Dead Ringer didn’t quite climb to the heights the group hoped to reach. Meanwhile, one member moved to another town, while others had kids and day jobs that made scheduling band activities more complicated.

“Dead Ringer offered us a lot of great opportunities, but it maybe didn’t meet the expectations we had,” Morrow says. “There was just kind of this natural wave around the band, and the crest was coming down. I think everybody recognized that.”

In July of 2017, the Morrows played a tribute night for John Prine in Nashville, where they expected to feel like out-of-place out-of-towners. But they were welcomed with open arms, and charmed by the city’s music-first culture.

“The whole town lives and breathes music, and that’s what we want to do,” Morrow says. “That’s where our careers were moving in a different direction because we were like, ‘We’re going to keep going, and this is still going to be our top priority.’”

Rather than keep the Whiskey Gentry name and continue to fight for attention among the glut of whiskey-themed Americana bands (i.e., Whiskey Myers and the Whiskey Shivers), Jason Morrow proposed a rebrand along with the relocation. Going forward, his wife would record under her own name, Lauren Morrow.

Backed by a new band of Music City session players, Morrow released her solo debut, a four-song self-titled EP, in October. With no fiddle, mandolin, or banjo on the tracks, songs such as “I Don’t Think About You At All,” “Barbara Jean,” and “Mess Around” are more Southern soul and rock ’n’ roll than fast-paced bluegrass. Each song tells a story steeped in Morrow’s sweet but fiery Georgia drawl. “They’re still country sounding, though,” she says. “That’s just the way we write and the way my voice sounds.”

On Dec. 28, Morrow will play her debut show as a solo artist at Smith’s Olde Bar. But first, she’s looking forward to Merry Y’alltide and reflecting on a decade of the Whiskey Gentry.

“We got to do amazing stuff,” she says. “When we started the band, I remember thinking, ‘Man, it’s going to be so crazy when we’ve been together for a year.’ I would’ve never, ever thought we would be getting the opportunities we’ve had and being able to have this family together. It’s really special,” she adds. “It’ll be interesting to see if I can make it through this last show without crying.”

Because of the circumstances, the band will bring back a bunch of long-shelved Whiskey Gentry songs that fans have been requesting. They’ll also do all their favorite Christmas tunes from past Y’alltide shows. When all is said and done, they’ll tie a big holiday bow around the Whiskey Gentry and turn the page to a new chapter.

For the Morrows, that means heading back to Nashville, even though it still feels like driving away from home.

“People ask where we’re from, and we say Atlanta,” Morrow says. “We live in Nashville, but we’re always going to be from Atlanta.”