SCREEN TIME: To stream or not to stream? 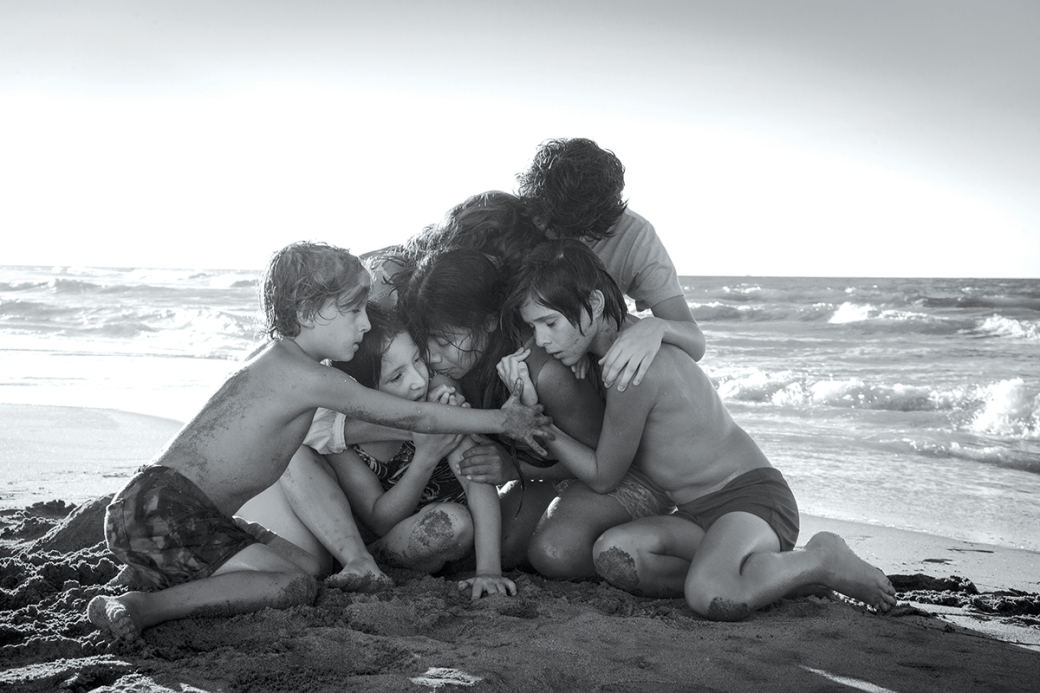 Debuting a film on Netflix must be like experiencing the Zen koan about the tree falling in the woods: If no one knows it’s available, will anyone watch it? Particularly in the past year, the streaming service has been notorious for dropping an astonishing quantity of films and series with scarcely any advance notice.

After years of work and hustling to get their film completed, filmmakers must pray that subscribers will notice their labor of love in the “Now Trending” or “Popular on Netflix” columns alongside new seasons of, say, “The Great British Baking Show.” One of the year’s best films, Tamara Jenkins’ Private Life, spotlights funny but wrenching performances by Paul Giamatti and Kathryn Hahn as a pair of New York intellectuals struggling with infertility. It seems to have sunk without a ripple after its October 5 Netflix debut.

The streaming service began its bid for prestigious Oscar contenders with Beasts of No Nation in 2015. Its string of mixed successes, like Okja, changes this month with the December 14 premiere of Roma, following a brief but crucial theatrical run.

After making such Hollywood genre hits as Gravity and Harry Potter and the Prisoner of Azkaban, director Alfonso Cuarón returned to his native Mexico for a deeply felt drama inspired by his own childhood. Roma suggests that Cuarón set out to create an international classic worthy of the likes of Federico Fellini and Ingmar Bergman — and did it. It will be no surprise if future generations study Roma at film school.

But you have to meet Roma halfway. The first half hour seems to present not a traditional plot so much as domestic activity, with housemaid Cleo (Yalitza Aparicio) helping to raise a brood of middle-class children in Mexico City. Their mother, Sofia, (Marina de Tavira) grows concerned over her husband’s increasingly frequent absences. At some point while watching their lives unfold, the viewer feels not like a dispassionate observer but part of the family, utterly invested in their personal struggles, with events becoming unexpectedly perilous. The section includes sequences of heart-in-your-throat suspense.

In Roma, Cuarón draws on everything he’s learned to date about long takes and composing his frames, so every shot is packed with information. Watching it resembles visiting a gallery of photography: A few minutes at a New Year’s Eve party at a swanky country house speaks volumes about Mexico’s political tensions in 1971.

The paradox of Netflix is that it gives films like Roma the potential for a much bigger audience than could see them on the arthouse circuit, without offering the ideal viewing experience. Today’s televisions offer bigger screens with sharper images, but a theater is still the ideal place to see a deliberately paced, black-and-white movie with subtitles. As much as people like to see big, special-effects-filled epics at the cinema, they’re less likely to be diminished by the distractions of home viewing than a quietly rewarding film like Roma.

Fortunately, Roma will have a brief run at Landmark Midtown Art Cinema beginning December 6, and even Netflix subscribers should make a point to see it on the big screen. Either way, it deserves viewing, and shouldn’t be yet another tree that falls without making a sound.


Yas, Queen: Speaking of 2018’s best films, the historical satire The Favourite makes Dangerous Liaisons look like The Princess Diaries. Despite taking place in the court of Queen Anne (Olivia Colman) in the early 18th century, The Favourite bears little resemblance to “Victoria” or other sleek dramas about the British royals. Instead, it presents courtly struggles as a blood sport, complete with savage wordplay and bedroom power plays.

Queen Anne suffers from ill health and a mercurial temper, and her reliance on her friend and advisor Sarah Churchill (Rachel Weisz) to run things makes Sarah one of England’s most powerful people. When Sarah’s bereft cousin Abigail (Emma Stone) arrives at the Queen’s country palace, she gradually ingratiates herself with the moody monarch, rising from her station as a servant and threatening Sarah’s position.

The Favourite offers a reminder of how much the past sucked, especially for women with no resources. On arrival at the palace, Abigail endures verbal humiliation, corporal punishment, vicious pranks, and near-constant sexual harassment. Director Yorgos Lanthimos’s jokes and sight gags never blunt the film’s vision of social cruelty.

Stone effectively captures Abigail’s wounded innocence as she grows from hapless victim to icy schemer as a means of self-preservation. All three of the female leads give Oscar-worthy performances, with Weisz radiating ruthless confidence and Colman making sense of Anne’s mood swings: She’s like Alice in Wonderland’s combative Queen of Hearts suffering from a debilitating depression.

And despite taking place 200 years ago and a world away, The Favourite’s depiction of an emotionally abusive head of state who encourages flattery and petty rivalries may seem all too relevant.


Screen Time is a monthly column about film and cinematic narratives, from the big screen to streaming services.