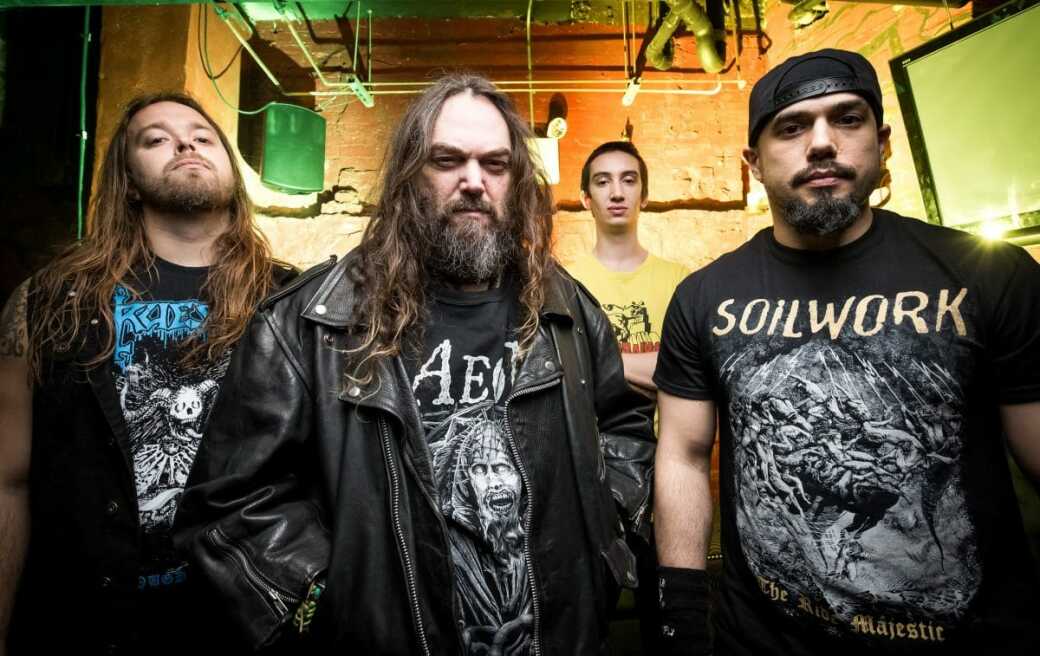 Originally solidifying his place in the modern metal pantheon as the frontman for Brazilian groove metal act Sepultura, Max Cavalera has kept on thrashing for more than two decades with the worldly percussive Soulfly. With its tribal beats, spiritual themes and heavy riffage, Soulfly continues to connect with its hard-rocking fans with its consistently-evolving sound and incessant touring. Currently on the road supporting its most diverse offering to date in Ritual, the band returns to Atlanta on Feb. 6. Before Soulfly brings its maelstrom to the Masquerade, Cavalera recounts a chaotic Atlanta memory, discusses the new album and more.

Your tours come through Atlanta so often that it seems like you play here about once a year. Do you just love touring or is Atlanta one of your favorite cities to perform?

A little bit of both. I do love touring. I believe the heart of a metal band is on the road. If you want to be a true musician, it’s about the live show and it’s about touring. That’s what keeps us going and we do everything we do for that hour and a half with the fans every night.

But I do love Atlanta. We have great shows there all the way back to my Sepultura days. I’ve been arrested in Atlanta. All kinds of crazy stuff has happened in Atlanta and I love coming back there. This tour is really cool. We’re touring for an album that we’re really happy with how it came out. We think it’s going to hit hard with the fans when we play those songs live. We’re really super excited to hit the road with Kataklysm and Incite. It’s going to be fun.

When and why were you arrested in Atlanta?

That was back in the 2000s. I had an altercation with one of the bouncers. He was beating one of our fans. Of course, I didn’t like that. So, I hit him with a guitar in his head. He called the cops on me. We tried to figure out an escape plan, but the guy driving me was a 17-year-old fan with a Fear Factory T-shirt who looked like he didn’t even have a driver’s license. I got in the car with him to go to the hotel and we got stopped by the cops. It was funny. I was handcuffed in front of all the fans and they were all screaming and shit. In the end, we just went backstage, I talked to the security guy and told him, “You can’t do that to my fans. You’re there to be security, not beat them up.” He apologized for that, I apologized for hitting him in the head with a guitar, and everything was good. I didn’t end up going to the police station, which was cool. It was an eventful night, to say the least.

Why do you think touring is so important specifically for a metal band?

The basic thing goes back to rock ‘n’ roll itself. If you want to be in a band, to be good you have to go on stage and deliver. That’s why Black Sabbath was good, Deep Purple was good, Led Zeppelin was good. They didn’t rely on gimmicks. They only relied on musicianship, being good and attitude. I’ll always believe that’s the heart of rock and metal.

But in this day and age, it goes beyond that. We don’t sell that many CDs anymore. So, touring is our means of survival. Touring, merchandise and stuff like that is what keeps us alive. It’s a combination of a survival thing, but it’s also the thing to do is to play live. I love the fact that we’re actually not so big that we have to play those really big places that are not really meant for rock ‘n’ roll. I love small venues, I love the underground feeling. I think that’s great. If you want to see a real metal show, it should be at places like the Masquerade. You’re not too far away, there’s not a huge barrier between you and the fans, you’re not in some crazy sports arena that wasn’t designed for music. So, I’m glad we’re not that big!.

It’s kind of a cliche, but you feel like you’re in your own church and I’m with my tribe. It’s very comfortable, I feel great and we just go out there every night and have fun and enjoy it. In the last 30-something years I’ve been touring, I’ve never lost that fire for playing live and that passion for touring. Believe it or not, I still get nervous before a show. After 30 years, that should have gone away. But it hasn’t. I still get the butterflies and the nervousness, but I think that’s part of it.

We have a really cool band, too. Marc Rizzo, Mike Leon, and my son Zyon are all really killer musicians who just go out there and give 110 percent every night. We only played one song from the new album last year. So, it will be cool to play everything else from the album. I’ve been jamming the songs with my son and it’s going to be great to play this stuff live.

Given the tribal, beat-driven nature of a lot of your music, it makes sense that your son became a drummer. How did he end up becoming Soulfly’s drummer?

It just kind of happened. He was born into this environment and was on tour with us all the time when he was little. He sat behind all the Soulfly drummers growing up, and he was learning, picking everything up from everybody like a sponge. Then he started jamming himself. In the beginning he wasn’t there yet, then on some European shows he would jam with us and got really good. He was actually the one who one day said, “Can I join the band?” I gave it a try and it was cool. His first record was Savages, then Archangel, and on Ritual he’s on fire. He’s insane, he’s playing great. Right now, he’s probably one of the best drummers we’ve ever had. He’s a very unorthodox drummer. I’ve never played with anybody who plays quite like him. He’s very chaotic. He’s not very technical, but he’s full of attitude, adrenaline and energy. I love that about him. He doesn’t do the same things every night. He changes every night and it drives me fucking crazy. It keeps it fresh and exciting for us. It’s amazing and fun and, for a father, it’s a dream come true. It changed my life when he was born and I just hoped one day we could play together. Here we are. We’re doing it right now, so it’s a dream come true.

The thing that jumps out at me about RItual is that it has a little bit of everything you’ve become known for, from brutal metal riffs to tribal Latin rhythms to some Motörhead-style hard rock. Did you have all that in mind when you were working on this album or did you just let it take you where it wanted to go?

The producer, Josh Wilbur, was a big part of it. He did the record as a fan and really wanted to make the record he wanted to hear as a fan. I’d never really done a record like that. I normally just do my thing, but I thought it would be cool to bring in all the elements that people like about Soulfly. We did a lot of the groove stuff, a lot of the tribal stuff and a lot of the death metal/thrash metal mix. Then there’s “Feedback!,” which is a nod to Motörhead in memory of Lemmy Kilmister. There’s a riff that sounds kind of like “Ace of Spades” and I just wrote it, we put it into the song and it became its own thing. If you don’t know, you’d think it was a cover song. It doesn’t even sound like Soulfly. We’re still taking chances, and I think that’s cool for a band on its eleventh record. Then the next song is the one with saxophone, “Soulfly XI.” Again, pushing the boundaries, not being afraid of trying new things. It was a record I wanted to do, a record that Josh wanted to hear, a record that fans wanted to hear. It definitely pleases me because in it there’s a lot of stuff that I like and listen to on a daily basis. There’s a lot of heavy stuff, and I love that. Especially “Dead Behind the Eyes” with Randy [Blythe of Lamb of God] and “Under Rapture” with Ross [Dolan of Immolation]. Those two came out fucking amazing and I loved working with those guys. Those songs, to me, really stand out from the rest. It’s going to be brutal to play that stuff live and when you mix in all the classics … it’s going to be a big metal party with Soulfly.