Intensity, panic, and bliss guide 'IAO Chant' into the cosmos 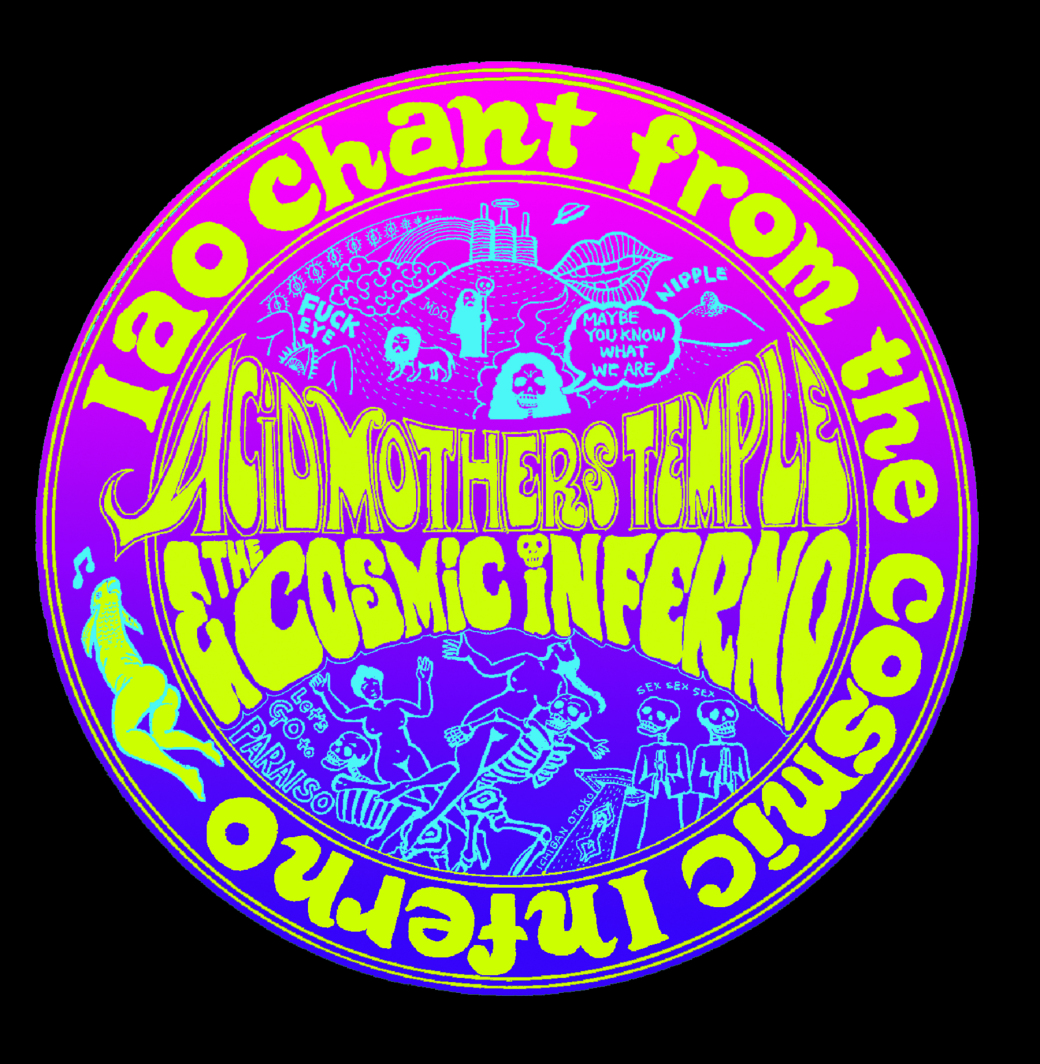 Sometimes it’s difficult to understand, but the old adage of “less is more” nearly always rings true. Even when it comes to such deep, psychedelic sounds as those wielded by Acid Mothers Temple. Originally released on CD in 2005 by Ace Fu, IAO Chant from the Cosmic Inferno is the first vinyl offering from Atlanta label Commercialies. The record features two side-long cuts — one long song — locked in an infinite loop of a barreling guitar riff recreated from the song "Master Builder" on Gong’s 1974 album, You. This vinyl reissue shaves about 10 minutes off of the CD, making it a tighter, more controlled trip, as this version of Acid Mothers Temple and the Cosmic Inferno — guitarist Kawabata Makoto, bass player Tabata Mitsuru, electronics and keyboard player Higashi Hiroshi, and dual drummers Shimura Koji and Okano Futoshi — dive head-first into this mostly instrumental space-rock trip. The vocal mantra, and any of the other voices heard throughout, exist solely as textural elements, letting the instrumentation guide the music. Drummers Koji and Futoshi hammer away, improvising around the same rhythm, one playing slightly slower than the other, giving rise to a sometimes chaotic and always hallucinatory effect. Notes, melodies, noise, and drones shift, change shape, and weave around peaks and valleys of intensity, panic, and bliss in a kaleidoscope of space rock, Asian folk inflections, and prog rock complexity. When side A fades out, and side B returns to the carpet-crawling fugue that’s already in progress, flip it over again and let the cosmic journey ride into infinity. ★★★☆☆ — Chad Radford