The pianist and vocalist shared stages with Elmore James, the Ink Spots, and was a luminary for Atlanta’s blues music scene 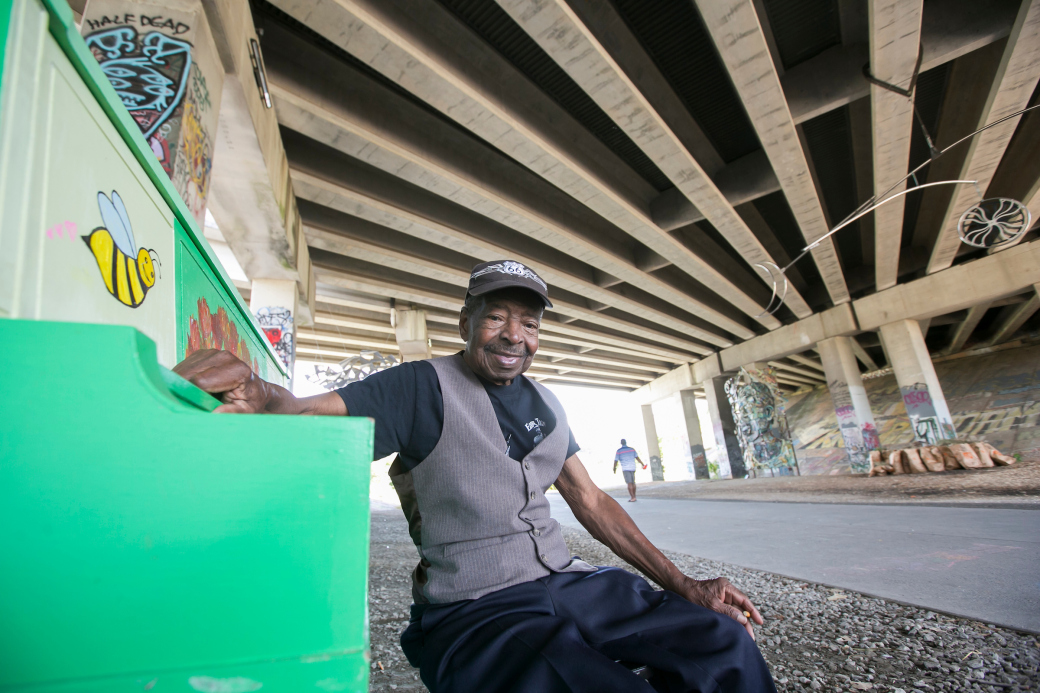 Tigner was born in Macon, Georgia in 1926, and raised in Muhlenberg County, Kentucky. On August 11, he celebrated his 92nd birthday the best way he knew how, with a gig at the Northside Tavern.

Early in his career, Tigner began taking stages as a standup comedian, performing in clubs such as the Royal Peacock on Auburn Ave. His traveling musician lifestyle found him working alongside vaudeville acts such as Spencer “Snake” Anthony and backing Elmore James’ band for a run of shows in Atlanta during the early ’50s. In the Army, Tigner earned a reputation for having played every base within the continental United States. It was during his Army years that he also became close friends with electric guitar innovator Les Paul, and was even known to pal around with blues guitarist and songwriter T-Bone Walker.

Toward the end of his time in the Army, Tigner joined the ranks of the legendary R&B and harmony vocal group the Ink Spots, the gig for which he was most known during his professional career.

After settling in Atlanta in 1987, and befriending Danny “Mudcat” Dudek, Tigner got involved with the Music Maker Relief Fund which helped him financially and professionally by arranging extensive overseas tours. The organization also released his debut album, 2003’s Route 66, and a follow-up, 2008’s Slippin’ In. The Bobby Troup-penned “Route 66” became one of Tigner’s signature numbers during his live sets; a song that Music Maker Foundation President and founder Tim Duffy calls “the definitive version.”

Duffy spent many years traveling the world with Tigner, playing stages as far away as Belgium, France, and Australia. “There are a lot of stars out there, and there are a lot of other guys who didn’t get much of the limelight but are absolutely integral to keeping the music alive,” Duffy says. “Eddie is one of those tremendous talents. He’s also one of the few people I have ever known who had no anxiety in his life. He just didn’t worry about a thing, and that confidence, and smoothness really came through in his music. It was always such a pleasure to hear him sing and play.”

In recent years, Tigner continued played shows around town and even appeared as an audience member in the video for outlier artist and sculptor Lonnie Holley’s “Sometimes I Wanna Dance” video.

Even with his failing memory and lung problems, Tigner continued gigging around town, charming longtime blues fans and newcomers with his ever-present warm smile and low-key personality. His passing leaves Atlanta without one of its veteran artists, one who lived the life he loved, sharing his talents, stories, knowledge and good humor with a younger generation which has now lost a vital, irreplaceable local connection to blues history.

Word of Tigner passing spread on April 18, 2019. More information regarding funeral arrangements and tributes will be posted here as soon as it becomes available.