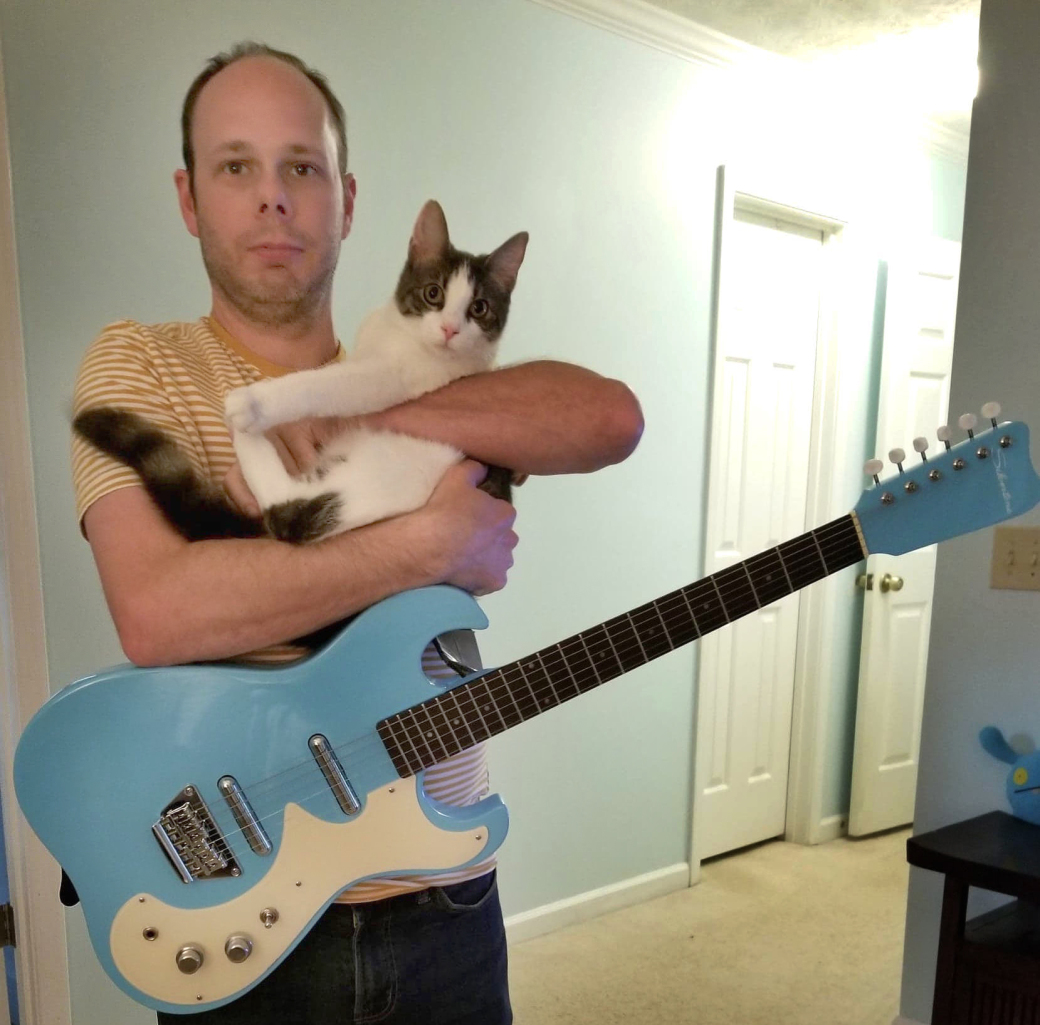 Photo credit: Melissa J. Butzer
STORY OF AN ARTIST: Jeffrey Bützer leads a tribute to Daniel Johnston at the Star Bar on November 7.
By Chad Radford Friday October 25, 2019 10:00 AM EDT

The music world was shocked and saddened in September when word spread that Austin’s prolific songwriter and outsider artist Daniel Johnston had passed away. Since the arrival of his 1980 debut cassette, Songs of Pain, Johnston became an indelible part of the city’s alternative and underground music scene, which has nurtured acts ranging from Roky Erickson to the Butthole Surfers, and more. Johnston suffered from chronic mental illness for much of his life, and channeled his experiences into a vast body of drawings and lo-fi recordings ruminating on heartbreak, the Beatles, and his undying love for comic-book superhero Captain America.

On Thursday, November 7, at the Star Bar, songwriter and performer Jeffrey Bützer leads a night of music celebrating Johnston’s life and legacy, titled Hi, How Are You? The Music of Daniel Johnston.

“I adore Daniel Johnston's songs,” Bützer says. “He is like a musical Henry Darger. A troubled and sweet artist that left us too soon. I think he has utilized the chord organ better than any other human being.”

It has been a while since Soloriens Native Unity Quartet made any noise around these parts. The free improv jazz and avant-garde rock outfit led by Atlanta-based tenor sax man and filmmaker James Harrar and Sun Ra Arkestra leader and alto saxophonist Marshall Allen left a cosmic impression on the city with a string of appearances between 2016 and 2018 at Mammal Gallery and the Drunken Unicorn. The downtime, however, has been quite productive. While Allen is out leading the Arkestra on stages around the world, Harrar recently put the final touches on a new LP, titled Aerials and Antennas, due out November 22 via Ornesco and Feeding Tube Records.

Aerials and Antennas, released in a limited quantity of 500 copies, captures a mystical evening of raising spirits with a swirling mass of interdimensional fugues in a fog of sound at Nashville’s American Legion Outpost 82, on September 4, 2016. The record stamps in time an early phase for this lineup — an expanded version of Harrar’s Cinema Soloriens — that includes bass player Max Boecker and percussionist Kenito Murray. Throughout the show, Harrar and Allen wield an arsenal of reed-based and electronic wind instruments, including the otherworldly EVI (electronic voice instrument), capable of producing harmonic sci-fi delights and a piercing atmosphere — and it does just that in the grooves captured on the LP.

As the performance unfolds, songs with such evocative titles as “Twinkling Tsars,” “Mercurial Retort,” and “Endless Salad Buffet” are mile markers in an ebb and flow of rhythm, melody, and musical structures that take shape and disappear at their own pace in an ecstatic state of glorious and disruptive racket.

Stay tuned for more information regarding an album release party to be announced later this year.

On Tuesday, October 9, sad news spread throughout the East Atlanta Village when word of Atlanta rocker Rick Dang’s death made its way to the Earl — Dang’s longtime home away from home.

Dang was a well-known local music fixture who performed and recorded rousing and reflective rock ‘n’ roll as a solo act backed by a band performing under the name Dang Dang Dang. His most recent full-length, titled Chemical Illusion, arrived in September 2018, and features Dang (vocals, guitar, and piano) playing alongside drummer Eric Young and bass player Stiff Penalty.

“Endless Light” is available via Soundcloud.

In October, Southern rock outfit Brother Hawk unveiled a video for a new song, titled "Like Water." The video was filmed by the WombatFire production team, and captures singer and guitarist J.B.Brisendine, drummer Evan Diprima, bass player James Fedigan, and keyboard player Nick Johns-Cooper performing live in Big Trouble Recording Studio. The song will appear on a new live EP, titled The Big Trouble Sessions, due out November 8. The EP includes one new song (“Like Water), an older song revisited (“Black Dog”), and covers of Alice in Chains’ “Nutshell” and Soundgarden’s “Fell on Black Days.”

… And speaking of Chris Case, the lauded keyboard player and longtime Atlanta Music fixture brings his Samadha back to the stage for the Buried Alive Film Festival. On Friday, November 15, Samadha will perform a live, original score to director Andrew Leman’s 2005 silent film, The Call of Cthulhu. The film puts a post-modern spin on the ancient horror of H.P. Lovecraft’s 1928 story of the same title.