‘We are best when we come together’ 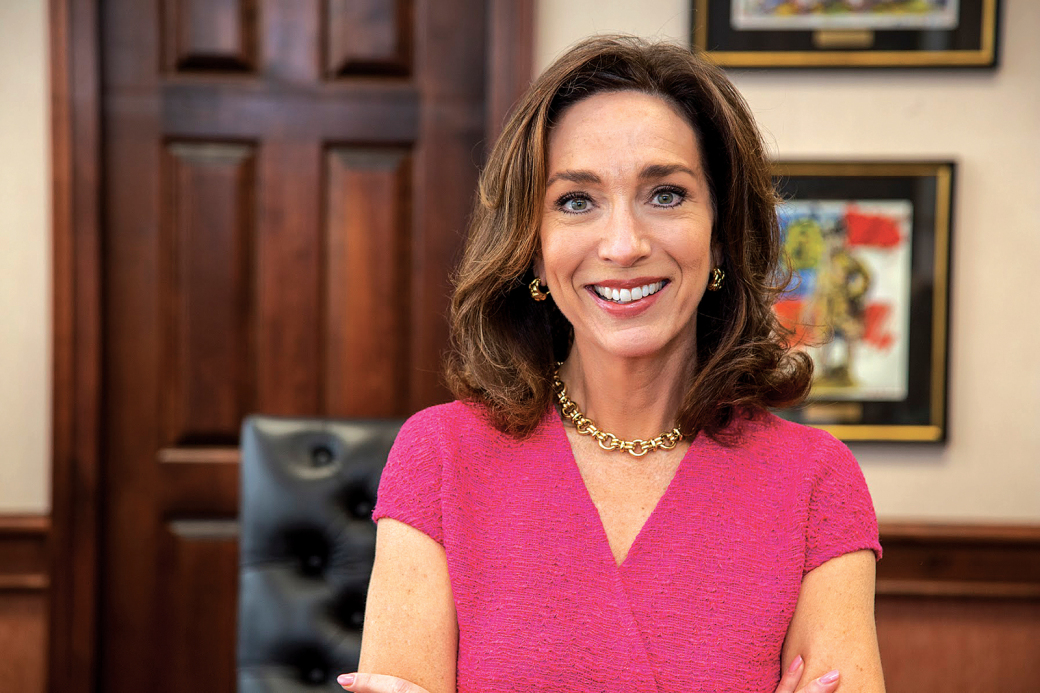 In November 2015, I received a call from a stranger. I was informed that a longtime acquaintance of mine had been in the hospital. The situation was dire. He had been life-flighted from Columbus, Georgia, to a healthcare center in Atlanta. This man was a wonderful soul, helpful and eager to please those he encountered. He had been a handyman around town for some 20 years, so far as I had known. I had never heard a negative word regarding his work. I just knew that he was affable and trusted.

I called my mom who happened to live just a few miles from his hospital bed and asked if she could check on a man who was alone with no meaningful resources and certainly no health coverage. She called me on her cell phone from his room: “Teresa, this man will not make it. He is here alone. I don’t know how well you know him, but if you wish to say goodbye, you have very little time.” Stunned that someone who had projected such kindness and caring to so many could die alone, I hurried to Atlanta.

The news was hopeless. I was asked by the healthcare workers: “Had he been a drug addict?”  Not that I had ever heard or seen evidence of, I replied. The assumption that his lack of resources and his unkempt appearance meant he was a social degenerate of some sort added another layer to the surreal muck of this complex medical and economic dilemma. But what colored everything was the fact that he was uninsured.

I’m embarrassed to admit this, but my kind-hearted, yet proud mom had announced to the entire staff of the ICU that though the man she was visiting was a stranger to her, he was known to her daughter — the first woman mayor of Columbus, Georgia — and that was why she was there holding vigil. This association with someone of perceived importance immediately elevated him in the system, and he began to receive access and attention not previously shown. The moral of the story is: if you are uninsured and disaster befalls you, unless you know someone with a modicum of prestige or influence, you languish and you may die. That is not a just healthcare system. That is a system of affluence and favor.

Before it was all said and done, he would go into heart failure, be rushed into emergency heart surgery to resolve a genetic defect, lose both his legs below the knee, be refused prosthetics, live in a senior citizen center at the age of 41, and, then be told he had to make it on just $770 a month. He later told me as we navigated the system together — the “blind leading the blind” — that while he had been in the hospital, he knew he was dying. He recalled gaining consciousness in his hospital room and looking up to see both me and a neighbor for whom he had done odd jobs through the years sitting there. He thought to himself: “Well, if Teresa and Matt think I might live, maybe I will live,” so he held on a bit longer.

What’s amazing about this story is that the system that almost killed him, that almost left him to die alone and unnoticed, is a system we created and continue to foster today. It’s an economically inefficient and inhumane system where health professionals heroically try to administer life-saving aid under a labyrinth of exclusivity, limitation, and defeatism. We as a community of taxpayers and neighbors ended up paying more for this care than we ever would have paid had people like my friend been provided affordable access to preventative, diagnostic care in the first place. Had that heart defect been discovered and treated, he would have never been life-flighted to Atlanta — twice. He would have never spent months in the hospital and in rehabilitative care. He would still have his legs and not be on Social Security Disability.

This man is an amazing personification of resilience. He called me when he moved out of the rehabilitation center and started to live on his own. He asked if he could come practice on my yard in order to regain his handyman skills in his new condition. Could he weed? Stoop? Negotiate a stepladder?  His perseverance in the face of immense challenge is humbling. It would seem he and all Americans should be entitled to a better system where they can thrive – a chance at prosperity.

As we enter this season of thankfulness, we must acknowledge that we are best when we come together for the general welfare of all. There is no common challenge that we cannot address through common civic action. Too often our joint civic effort is cast as irresponsible or as undeserving charity, but the social contract on which this great nation is built is actually the height of self-preservation. If you can’t wrap your head around the moral imperative of being your brother’s keeper, then try celebrating your own best interest through the creation of a more efficient and effective healthcare system, one which will serve all citizens equitably. The truth is, we are paying for our uninsured and underinsured neighbor’s care anyway, just at a higher rate than we would if our government, our healthcare providers, and our insurers partnered optimally.

There is no doubt this Thanksgiving season will come with plenty of political debate — it’s an indispensable side dish to the turkey. Be loud and proud about being an American who believes this country is the greatest civic invention mankind has ever known, and through working together, and through building on hard-won progress such as the Affordable Care Act, we are capable of getting our healthcare system right.

Teresa Tomlinson recently finished her stint as the two-term mayor of Columbus, Georgia, where she was the first woman mayor and the first mayor re-elected in a contested race since the city’s consolidation in 1971. She, who was born and raised in Atlanta, is currently running for U.S. Senate to take the seat presently held by David Perdue.