Repurposing music of the past for a better future 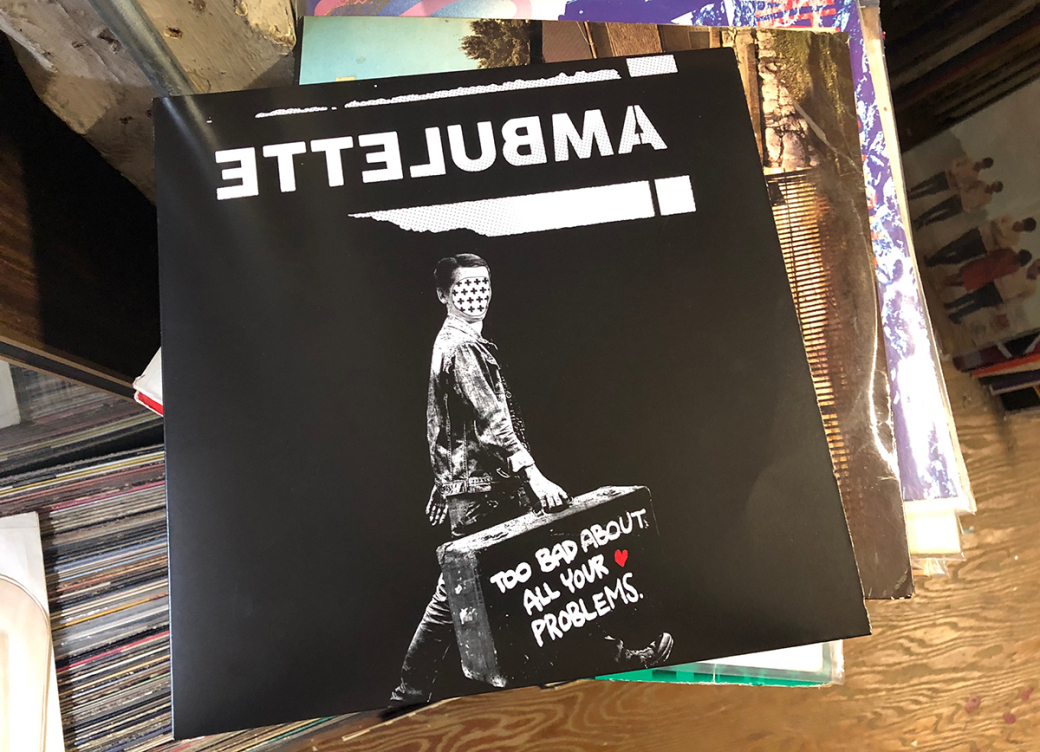 This weekend the Savannah Stopover Music Festival celebrates its 10th anniversary. Ten years of providing emerging bands traveling to Austin’s South by Southwest Music Conference a place to play en route to the international showcase in the Texas capital where their dreams may become reality.

It was a smart move for the festival’s founder, Kayne Lanahan, to take advantage of Savannah’s proximity to interstates 95 and 10 (routes many bands travel on their way to Austin) and offer a mini version of SXSW that would give musicians a chance to book another gig, maybe make some gas money, and garner new fans — and that offered music lovers unable to attend SXSW the chance to see up-and-coming bands.

It’s the kind of move that can only happen in a smaller town where people unite together to put their city “on the map,” rather than larger metropolises dominated by infighting, jealousy, and greed.

I remember being in Austin in 1985 having lunch with Louis Black, one of the co-founders of SXSW. He was telling me how he, along with Roland Swenson, Nick Barbaro, and the late Louis Jay Meyers had been meeting with city officials to organize a weekend-long music festival in the then-sleepy college town to feature young bands, panels made up of music business professionals, and guest speakers — and to host record company A&R people, the rock press, slackers, and other music hangers-on looking for the “next big thing.” Thirty-five years later, SXSW pumps over $350  million annually into the city’s economy.

In Savannah, the Stopover Music Festival hasn’t grown to quite such proportions, but it has brought much-needed attention to Georgia’s oldest city, and offers those venturing to it a chance to see new bands without the crowds — and headaches — of SXSW.  For the 10th-anniversary celebration this year, over 60 bands perform at eight venues throughout  the city. Attendees can take in more music than they usually get to see in a weekend — and also experience some low-country hospitality.

At Wax N Facts the other day, Danny Beard took me upstairs. He wanted me to hear something. He put on the new Ambulette E.P., of which he’d just received a handful of copies of the vinyl 12-inch. The work of Matt Brown (Uncle Green, 3 Lb. Thrill) and Halley O’Malley (Nothing, No One), aided and abetted by guitarist Jonny Daly, bassist Lee Kennedy, and drummer Lee Wiggins, Too Bad About All Your Problems recalls what was best about late ’70s and early ’80s alternative music, if Wire, Television, and the Clash were your call to arms. I could understand Beard’s enthusiasm, the record rocks! Produced by the band and David Barbe and recorded at Chase Park Transduction Studios in Athens, the recording is a balancing act of musical experience and naiveté that is a refreshing antidote to the many ills in the world today. Definitely worth checking out, Ambulette performs this Saturday, March 7, at 529 with Five Eight, Big Fish Ensemble and Loud Humans.

Two years ago, I witnessed Pleasure Club for the first time. Their set was mesmerizing. Vocalist James Hall cast a spell on the audience, a shaman unleashed, backed by a foreboding Goth tapestry of sounds provided by guitarist Marc Hutner, bassist Grant Curry, and drummer Michael Jerome. I remembered when Hall released his first solo album, Pleasure Club, from which this band takes its name, but I left Atlanta around the time of its release, and never got a chance to see Hall, or his subsequent band, live. Once Pleasure Club solidified, the band released two albums, Here Comes the Trick and The Fugitive Kind, garnering them fans in this country and others. Reuniting for shows in 2018, Pleasure Club is back with a new release, Scatter Roses, a four-song E.P. Produced and engineered by Curry, three of the songs are new recordings that capture the band’s onstage intensity while offering the nuanced soundscapes only achievable in a studio. The fourth, “Crooks” is from their 2004 release, The Fugitive Kind, remixed and presented in the full extended version as originally recorded. Pleasure Club celebrates the release of the new E.P. this weekend, with shows at the Earl Friday, March 6, and Saturday, March 7 — their only scheduled dates for 2020.

Opening Friday night’s show is Darling Machine, on the heels of releasing The Beautiful EP, also produced and engineered by Pleasure Club’s Curry. The three originals show a maturation in the band’s songwriting process, while keeping in line with its hard-rocking, Goth-inspired eponymous-titled debut. The fourth song on the E.P., a cover of David Bowie’s 1980 offering, “Scary Monsters & Super Creeps,” shows just how far ahead of his time Bowie was — and how much Darling Machines owes to the past while building its future.

Sunday, March 15, UKBOB celebrates his birthday — and 20 years on the air at WRFG, 89.3 FM Atlanta — at the Vista Room with the Blues Beatles. A six-piece band from Brazil, they offer roots-music takes on the music of the Fab Four, linking the British Invasion to the Delta Blues as UKBOB has been doing for two decades on his show “London to Louisiana.” As he says in a recent email, it’s “worth putting on shoes and leaving your zip code!”

Don’t forget: Re-igniting their "No Filter" tour, tickets for the Rolling Stones, July 9 at Mercedes Benz Stadium, are on sale now. … Tickets for the September 23 Bauhaus show at the Coca-Cola Roxy are also on sale. With Atlanta being one of only a handful of cities in which the reformed Goth Rock progenitors are performing, expect tickets to sell out fast, as people will certainly be traveling from out of state for this one. … Graham Nash, who will forever be associated with Crosby, Stills, Nash, and Young (though he had already cemented a place for himself in the pop music echelon as a member of The Hollies), returns to Atlanta Tuesday, March 17, at Variety Playhouse. … Oh yeah, as if March 7 isn’t busy enough already, Wire plays the Variety this Saturday. … And though Sinead O’Connor’s two nights at City Winery, March 22 and 23, are sold out, the club does have a waiting list.