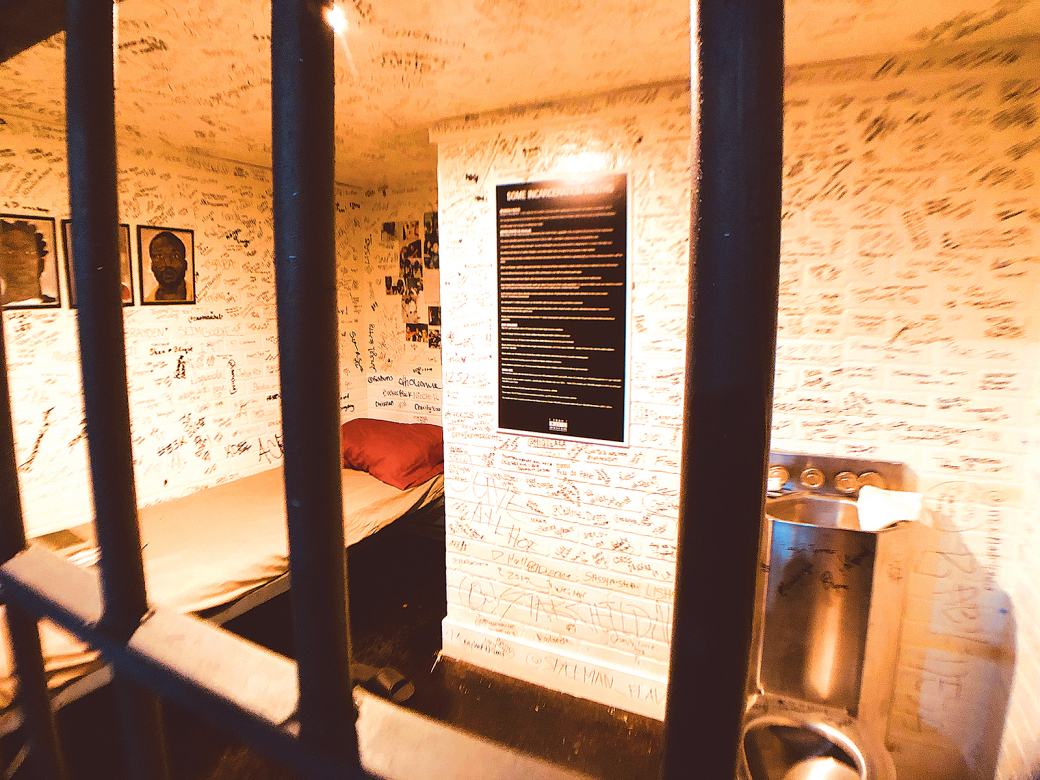 Enjoy an eclectic mix of funk, granola, and cultural events this month with The Move.

I’ll be on the move to Venkman’s for a TWO-NIGHT RUN of Sade. OK, maybe it’s the ATL Collective covering Sade’s Love Deluxe, but it’s my first time seeing Sade covered live. If we’ve met even once, you already know about my love for Sade, and constant contemplation to tattoo or not to tattoo her face on my body. And it just so happens I’ve never seen a bad ATL Collective performance either, so this feels like an obvious win. (Psst… ATL Collective is performing No Doubt’s Tragic Kingdom March 23 at Aisle 5.)

Sneak some culture at the Trap Music Museum and play the escape room, where you have 30 minutes to “Escape the Trap” before the Feds bust open the doors. “Making a Murder” IRL, dancing under the moon, and a five-night Valentine’s Day pop-up. Go out and celebrate the Super Bowl being over.

Trap Music Museum and Escape Room — In the midst of what I expect to be my busiest week of 2019, a colleague throws me an email saying they can no longer attend the media invite-only opening of the Trap Music Museum — would I be interested? I clear my schedule.

The walls and counters of this museum scream at the visitors. Step directly into Gucci Mane’s trap kitchen, then turn around and meet the Snowman, aka Jeezy. The museum is also a great space to discover emerging artists — and their work is for sale. As pieces move out, new art comes in, giving you another reason to keep this on your radar. Not recommended for younger eyes.

Escape the Trap: — You are locked into a room for 30 minutes with 2-10 people and given clues to escape the trap house before the Feds arrive. Not a space for the overly conservative, which is probably why it’s now my #1 destination in ATL. 630 Travis St. N.W. trapmusicmuseum.us. https://defpen.com/trap-music-museum/

A Night of Alchemy: Palette presents a film called glo. — Whether you caught creative group Palette’s social performance live or not, you will certainly not want to miss the screening of the film, a story of empathetic bodies at work, or the evening, a cyclical meditation of film, food, and peacekeeping referencing the philosophical tradition of alchemy. The venue is the old Rhodes Theatre, which opened in 1938 with Clark Gable’s Test Pilot as the first show. Admittedly, I’d never heard of the Rhodes Theatre before this event, and, it seems most of Atlanta has forgotten it. Not the people at glo, however, who are intent on reviving dormant spaces in our city. Get out and rediscover this historic Atlanta theater between Spring and West Peachtree streets. From Clark Gable to glo, this is a venue with which I can vibe. 62 S. Rhodes Center N.W., https://www.thepalettegroup.com/information https://mailchi.mp/gloatl/a-film-called-glo-a-night-of-alchemy

Land Trust Winter Dance — When I discovered the Lake Claire Community Land Trust, I realized the Georgia Burners (Burners = Burning Man attendees) were much closer than expected. Their Facebook page describes the Trust as “a green oasis in the middle of Atlanta for celebrating nature and cultivating community,” and it also happens to offer some unique events. Tip to the wise: Never miss a solstice, and try and catch a drum circle every now and again. 470 Candler Park Dr. N.E

Paranormal Investigation — This event should appeal to believers of the paranormal and skeptics alike. Most recently, I attended “The Poe Experience” at the Wren’s Nest and decided it would be a regular venue of mine. Creepy — and it appears not much has changed here since its 19th-century roots. Make it an anti-Valentine’s date night in the West End. Don’t sleep on Tassili’s or Healthful Essence for a bite. 1050 Ralph David Abernathy Blvd., S.W.,

Super Museum Sunday — Enjoy free admission at a museum — get outta town! Literally, or check out local spots. Super Museum Sunday is a free golden ticket to most any museum in Georgia. From downtown Savannah to Midtown Atlanta, and from Statesboro to Darien, more than 60 statewide cultural institutions participate in this annual event. Cultural overload.

Inside “Making A Murderer” Live — As an amateur detective and true crime addict, I will likely be in the front row. Although, this particular story takes my anxiety woes to the next level. If you haven’t seen Netflix’s “Making a Murderer,” you’ll want to binge before this event with Laura Nirider and Steven Drizin. The venue is the renovated Buckhead Theatre. That nasty carpet is a goner, and there’s a welcome new sound system by Music Matters Productions. Worth the trip to Buckhead even if you don’t like going much above Midtown. 3110 Roswell Road N.E.

MOTHER Bar + Kitchen is a concept birthed by a joint effort between a local indie art gallery and a popular Brooklyn NY dance club. The kitchen is open late (get the tacos), the vibe is always good, and the events keep poppin’ with creativity. 447 Edgewood Ave. S.E.

021419 ContrastATL S2E2 (free all night) One of my favorite monthly installments happens to fall on V-day this month. Soak up experimental sounds solo or with your soulmate. This party stays on “The Move” for many reasons, one being because it is free. Having to pay to dance feels like being robbed while expressing a natural human instinct. Want to keep the party going? Add to the cash flow by buying a round at the bar. Or tip the DJ when you enjoy yourself.  #ContrastATL is a recurring party the second Thursday of every month at the Edgewood Speakeasy. Put on by UUeird, it aims to give fresh insight into the best DJs in Atlanta. 327 Edgewood Ave. S.E.

If I Told You — In the aftermath of the Squishiepuss firestorm, The Beacon Atlanta welcomes “If I Told You… ,” a group art exhibition with accompanying public programs focusing on female artists, and those who identify as female, to discuss issues of sexual harassment and violence in our community. 1039 Grant St. S.E.

ATL Collective relives Sade’s Love Deluxe at Venkman’s Her love is Qween! If I’d sell a kidney for anything, it’d be to see Sade. She’s known to be a recluse and hasn’t toured since 2011; however, when Oprah called in 2018 needing a song for her Disney film A Wrinkle in Time, next thing you know, Sade’s got a new single. She and the band are officially back in the studio working on the successor to their most recent album, Soldier of Love.

In the meantime, I will not miss either of these two performances of Love Deluxe by ATL Collective at Venkman’s. 740 Ralph McGill Blvd. N.E.

Atlanta Balloon Glow  — Get all warm and cozy with friends of the human and furry variety for a V-day celebration under the glow of hot air balloons. No need to drive out to open pastures to hop on, as the balloons will hover directly over Piedmont Park and offer tethered rides. VIP options available with food trucks near the tether spots. Piedmont Park. Organizers warn people not to drive but to take MARTA, Uber, Lyft, or walk.

Afrobeat, Funk, Samba, and Soul with Mausiki Scales & the Common Ground Collective with Khari Cabral Simmons — The claim: “A magnificent fusion of Afrobeat, soul, hip-hop, and funk-jazz, fused into the best party you’ll ever have.” Recently honored with the Georgia Governor’s Award for the Arts and Humanities, Mausiki Scales has been a force in the Atlanta indie music scene for almost two decades as a sought-after keyboardist and founder/musical director of the critically acclaimed ensemble, the Common Ground Collective.

This dance party happens at Venkman’s, a place I revisited recently and have decided I’m very into. Previously, I’d only been to shows with seated situations. While watching Nikki & the Phantom Callers there in January, the middle of the room was wide open, with a disco ball over the dance floor and some serious toe-tappin’. 740 Ralph McGill Blvd. NE.