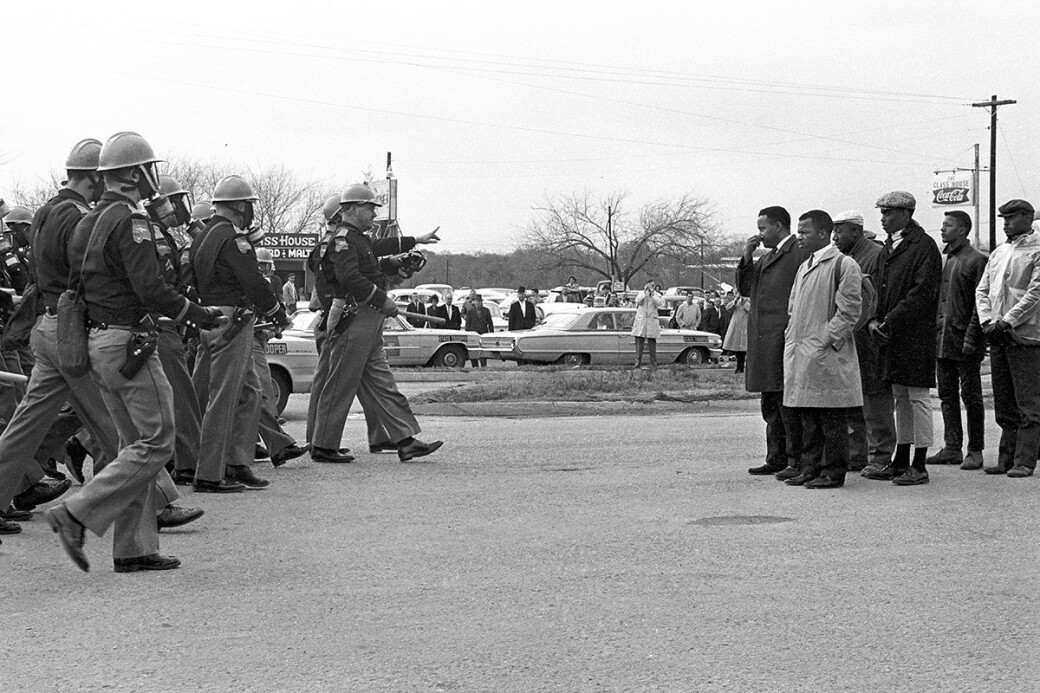 After months of pandemic, protests, and police brutality, some of us may find it hard to get in the festive spirit of the Fourth of July. Even in happier times, overtly patriotic American movies can lapse into flag-waving jingoism. While the United States seems to be going through a national identity crisis, re-watching Bill Pullman’s big speech in Independence Day, a usual tradition this time of year, may feel a little hollow.

Some of the richest and most satisfying movies about this country are unafraid to challenge what “America” actually means. Friday, July 3, two films are being released that celebrate the United States’ great strengths without glossing over its fallibility.

Available theatrically and on VOD, John Lewis: Good Trouble offers an in-depth profile of Atlanta’s near-legendary congressman. The documentary cuts back and forth between Lewis’ long career in the civil rights movement with the 2018 election that gives control of the House of Representatives to Lewis’ Democratic party.

Scenes feel shockingly timely, with footage of long lines at the Georgia polls in 2018 looking like dress rehearsals for this year’s June 9 primary. And archival footage of police beating African-American demonstrators 60 years ago proves depressingly familiar. At one moment, a victim complains, “You don’t have to beat us — arrest us!”

Filmmaker Dawn Porter depicts Lewis as a constant presence in various crusades for social justice over more than a half century, harking back to his experiences as a young man desegregating Nashville lunch counters and getting a fractured skull in Selma, Alabama, in 1965. Despite his age (he turned 80 this year and has been undergoing treatment for pancreatic cancer), Lewis remains a forceful orator, repeatedly exhorting his audiences, “Get in trouble! Good trouble, necessary trouble — do what is right!”

John Lewis: Good Trouble accentuates the positives and occasionally plays like an official campaign biography, but at least it shows some self-awareness. Addressing a reunion party of staffers, Lewis is asked to tell his childhood “chicken story,” a go-to anecdote that his employees affectionately tell along with him. And Porter proves willing to bring up some awkward moments in Lewis’ political career, such as his contentious 1986 congressional campaign against his old friend and fellow activist, the late Julian Bond.

John Lewis: Good Trouble covers such a long career and touches on so many topics that it can sacrifice a little depth in the name of breadth. But it also serves as a moving tribute to the kind of longtime public servant that this country will probably always need. 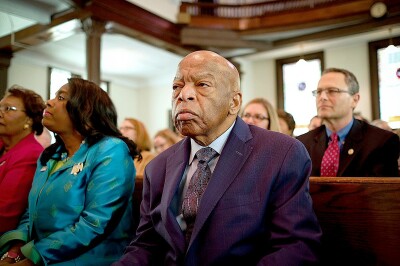 Also on July 3, Disney Plus offers a different kind of history lesson with Hamilton: An American Musical by Lin-Manuel Miranda. This is a recording of the blockbuster Broadway musical from June of 2016, made two weeks before the original cast ended their run, so it gives viewers nationwide the chance to see Miranda as Alexander Hamilton, Leslie Odom Jr. as Aaron Burr, and their now-famous cast mates. Originally planned for theatrical release in 2021, Disney rescheduled Hamilton to drop on its streaming service for July 4 weekend. (It feels like a consolation for the delay of the new film adaptation of Miranda’s In the Heights, which would have opened in June but was bumped by the coronavirus to next year.)


I haven’t seen Hamilton: An American Musical at press time, but I’m a huge fan of the show — and honestly, what else is there to say about Miranda’s acclaimed hip-hop take on the American Revolution? The show’s famous color-blind casting offers an ingenious metaphor for the U.S. melting pot and immigrant experience, while the intricate lyrics convey the complexities of history while giving the characters Shakespearean dimension.

If the Hamilton musical and the John Lewis documentary have anything in common, it’s that the United States’ most triumphant moments never guarantee happy endings. In Hamilton, the United States secures independence with the show-stopping “Yorktown” number before the end of Act One. The second half explores the subsequent infighting between the Founding Fathers that culminates with the fatal Hamilton/Burr duel. John Lewis treats the 1965 Voting Rights Act as the landmark it was, but also tracks how it’s been challenged and undermined, especially over the past decade.

Arguably the most patriotic American films are the ones willing to challenge the country’s traditions and perceptions of itself, like the juror drama Twelve Angry Men or pro-union character study Norma Rae. Some of the best historical films tend to be the least sentimental about America’s past: Spielberg’s Lincoln, DuVernay’s Selma, and the musical 1776 aren’t shy about showing unsavory compromises in the name of political advancement.

On the other hand, during such trying times, if you want to feel warm and nostalgic about America, a baseball movie like A League of Their Own or Field of Dreams can scratch that itch. And for pro-America optimism without jingoism, consider films about the U.S. space program, like The Right Stuff, Apollo 13 or Damien Chazelle’s underappreciated First Man. Sometimes America looks best from a little distance, historical or otherwise. —CL—

Documentaries capture the costs of rebuilding | more...
Search for more by CURT HOLMAN